Duchess of Cornwall takes over as patron of the National Theatre

The Duchess of Cornwall is set to become patron of the National Theatre after being left ‘miffed Meghan Markle was given the role in 2019.

The Duchess of Sussex, 40, was  stripped of the royal patronage last year after she and Harry stepped back as senior members of the royal family.

Now sources say   Camilla, 74, was ‘pretty miffed’ after Meghan was handed the coveted position, a role which had belonged to the Queen for 45 years.

‘She really wanted it’, a source told The Sunday Times. ‘She was pretty miffed when it went to Meghan, and will be all the more delighted to take it on now, after being disappointed not to get it first time round. 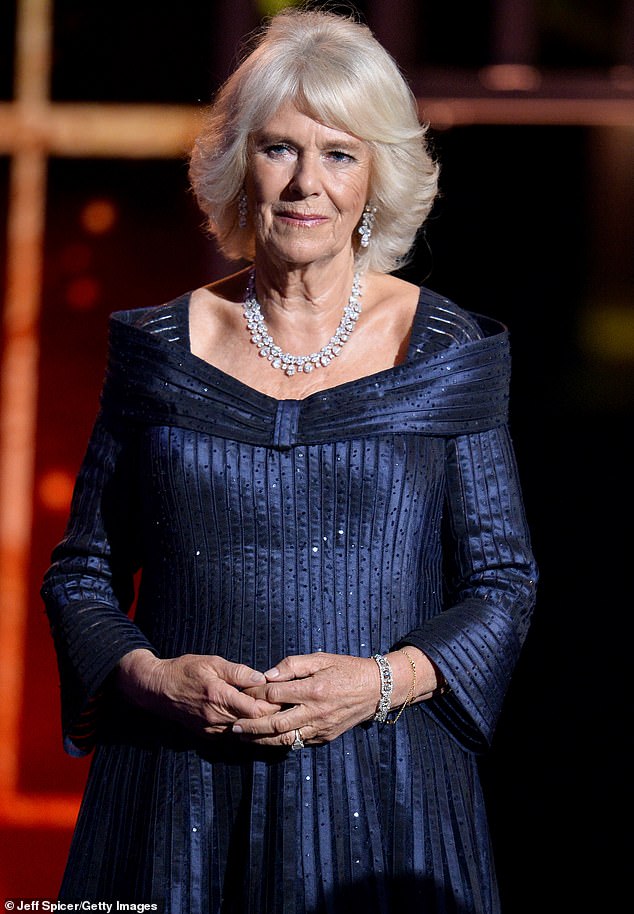 The Duchess of Cornwall is set to become patron of the National Theatre after Meghan Markle was stripped of the royal patronage last year. She is pictured at the Olivier Awards in 2019 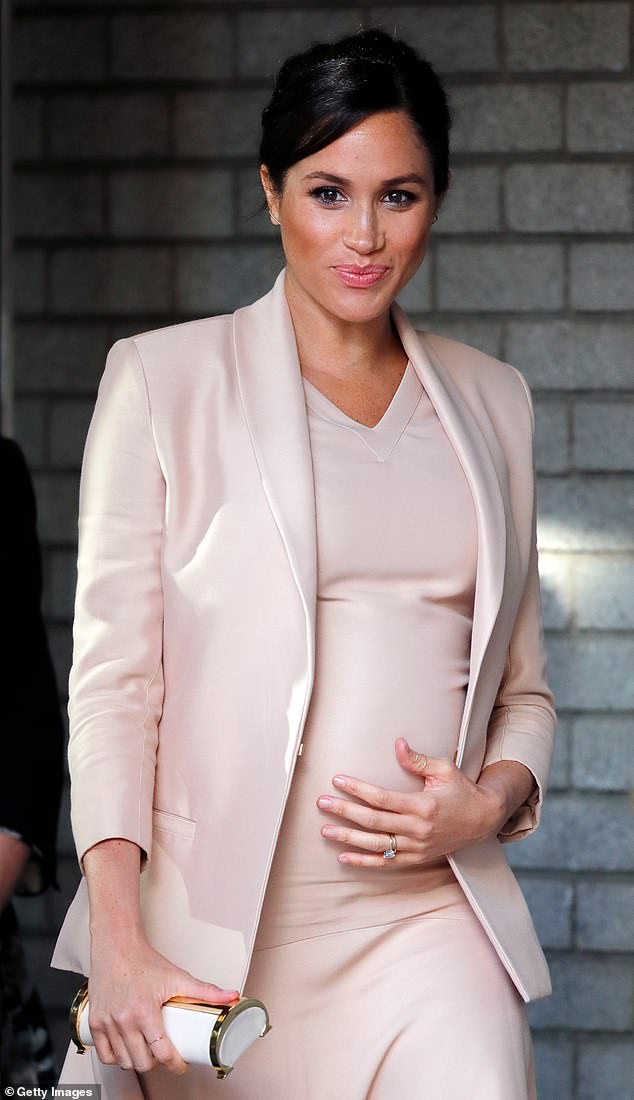 During her two-year stint as patron Meghan made just one public appearance at the theatre, shortly after her appointment in January 2019 (pictured)

Meghan was given the patronage in 2019 – with royal insiders claiming her career as an actress made her a ‘natural fit’ for the position, after she starred in the US legal drama Suits for seven years.

The esteemed role was among the patronages Meghan lost after the Sussexes confirmed they would not be returning as working members of the Royal Family last February.

An avid supporter of theatre and literature, Camilla is said to be ‘delighted’ to take over the patronage and is keen to support an industry which greatly suffered during the pandemic.

During her time as patron Meghan made just one public appearance at the theatre, shortly after her appointment, and visited privately in March 2020. 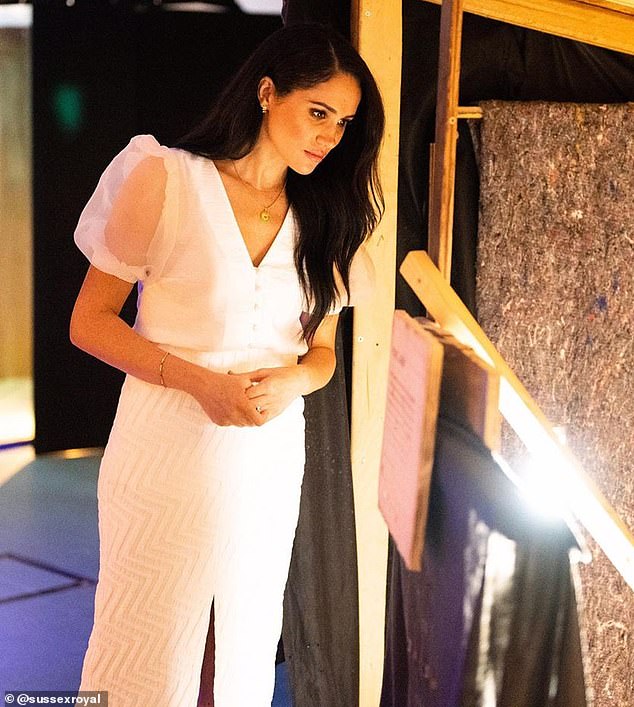 Meghan visited the National Theatre privately in March 2020, with pictures of the visit released later on social media 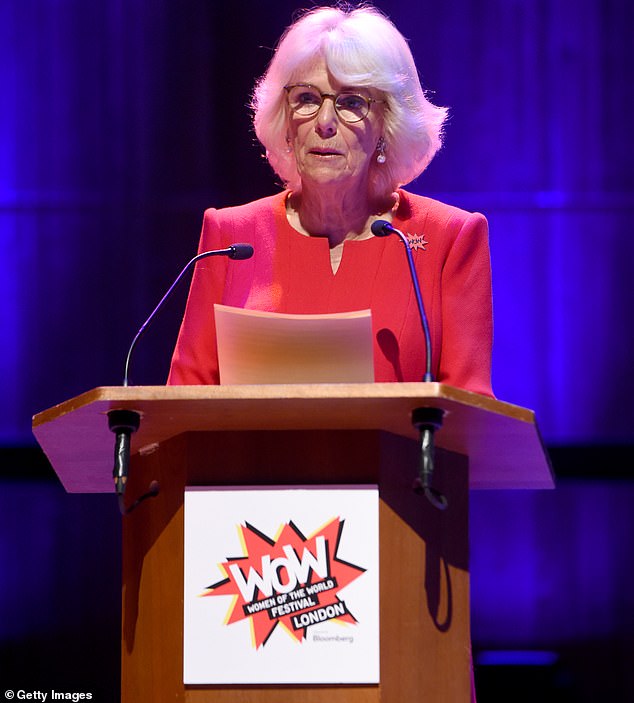 Pictures of the visit were released on the same day Camilla delivered a speech on domestic violence at the Southbank Centre in London – a move said to have angered the Duchess of Cornwall.

Buckingham Palace had reportedly urged royal correspondents to focus on the Duchess of Cornwall’s long-planned engagement, which came on a day when there were no other major Royal engagements.

Camilla was said to be ‘very upset’ at the release of the images, insiders told the Mirror.

In June last year, Camilla and Charles met Lord Andrew Lloyd-Webber as they headed to the West End to reopen the Theatre Royal Drury before travelling to Hyde Park for an official visit.

The couple were given a personal tour of the venue by Lord Lloyd-Webber, before Charles officially reopened the historic theatre. 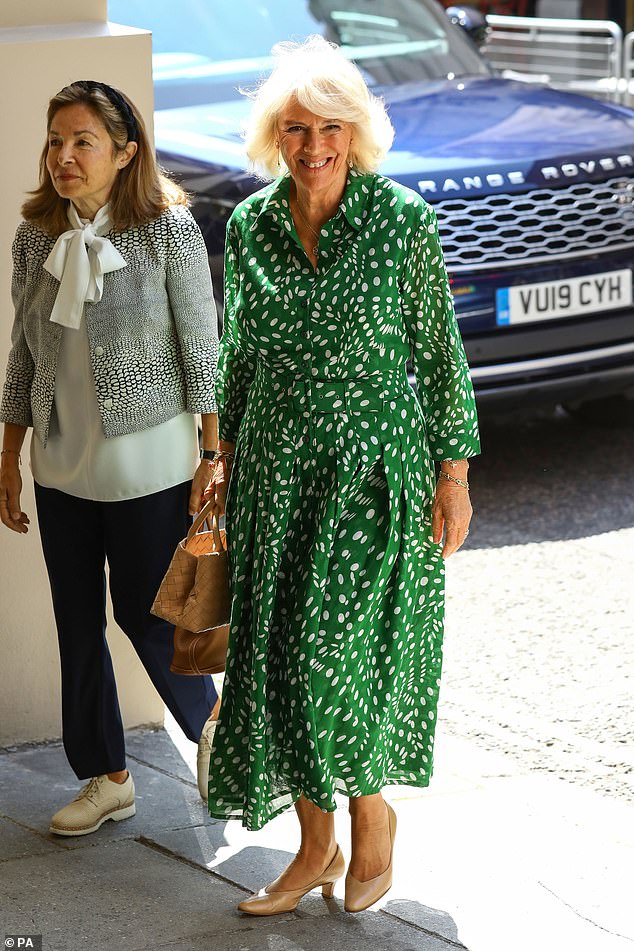 In October 2020 the Duchess presented lyricist Don Black, known for his collaborations with Lloyd-Webber, with the Special Olivier Award at the virtual Olivier Awards ceremony.

‘I should like to thank those of you whose profession is in the theatre for your determination and your flexibility. Please remain resilient – we need you and we have missed you.’

While at the theatre, The Duchess was joined by Lloyd-Webber and the co-founders of the Theatre Artists’ Fund, director Sam Mendes and chief executive of the Society of London Theatre Julian Bird, as well as three beneficiaries of the fund.

The fund has raised almost £4 million to date and helped more than 2,600 people in the industry.