Deep into stoppage time at Tallaght, the sight of centre-half Brian Gartland bursting down the right wing and crossing into the box, illustrated Dundalk’s Europa League desperation.

From being a goal up at half-time, they were a goal down to a deflection and a penalty; head coach Filippo Giovagnoli had thrown on five substitutes, and they were chasing the game.

The final minutes were furious and frantic as Dundalk sought a route towards a point and a €190,000 top up to the €4m they’ve banked on their Euro run to the group phase. 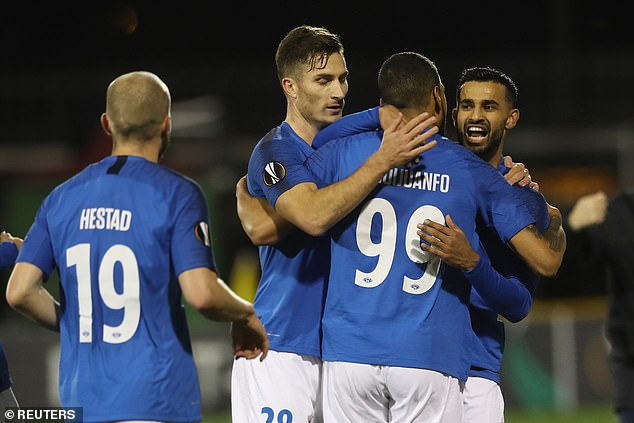 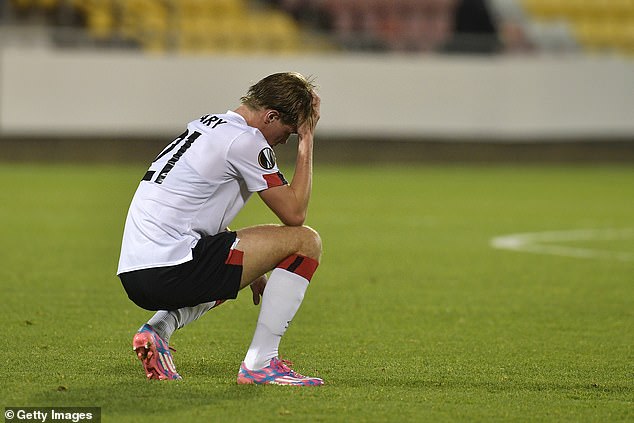 A blaster from substitute Cameron Dummigan was blocked before Daniel Cleary’s touch let him down in the box when a gap opened for a split-second.

Overall, this Norwegian wood was made of old-fashioned oak which refused to yield.

If the better team shaded it, Dundalk will reflect on a dodgy referee’s call to disallow a first half goal. Had their lead been 2-0 rather than 1-0 at the break, they may have manned the barricades that bit longer.

As it was, when Molde upped their levels, Dundalk struggled to cope with their extra pep and movement, although Giovagnoli blamed himself for not making changes earlier than he did.

This opening game offered the best chance of the champions getting points on the board in Group B and establishing a foot-hold.

As it is, with trips to Arsenal and Rapid Vienna to come on the next two Thursdays, they may struggle to leave an imprint.

Their lead goal came just past the half hour mark as Molde appeared to have underestimated Dundalk who drew first blood through in-form Sean Murray. 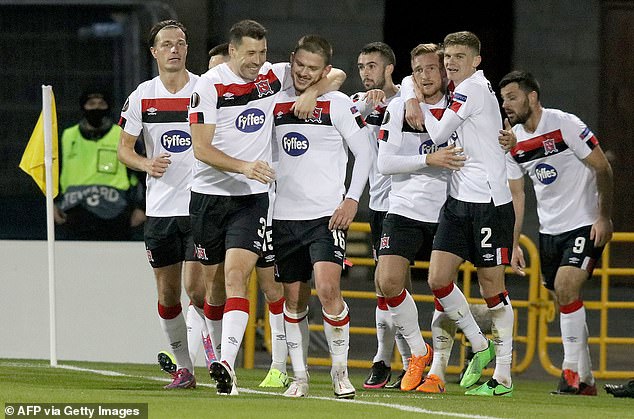 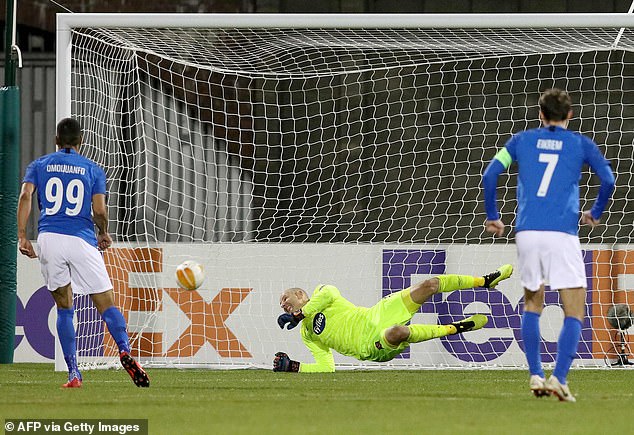 The score was crafted by two of the longest serving players, Sean Gannon and John Mountney on the right flank, who know each other’s game so well by now.

If the pass from Gannon was inch-perfect, Mountney knew where to run and as he dashed into space, the Norwegians were stretched.

The cross was whipped in at speed and Murray timed his arrival like the Enterprise into Clarke Station, as he used the pace of the ball to direct a glancing header beyond the giant Molde’ keeper.

Murray, who hadn’t scored for 560 days, now has four in 29 days – and they’ve all been all biggies too, three in Europe against Sheriff, KI and now Molde.

The goal rattled Molde but their frailties in the air had earlier been exposed when Patrick Hoban headed into the net in the 24th minute.

He was adjudged to have fouled his marker, a fellah half a foot taller and just as robust. It appeared a debatable decision.

Following a stiff dressing down from their coach Erling Moe, Molde muscled up after the break and Dundalk were forced to buttress the ramparts and put bodies on the line.

For a while the Dundalk shape was solid, and when blocks, headers, and flicks, were needed, they delivered. But their courage only took them so far. 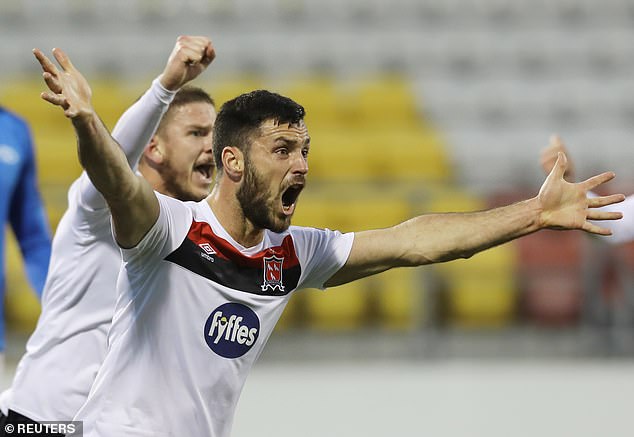 Dundalk thought they had a second goal, but Patrick Hoban reacts after it was disallowed

By now, Molde, ranked 32nd to Dundalk’s 41st out of the 48 teams in the group phase, were operating at a higher cadence.

Just past the hour, they struck, and not long after, they struck again as Dundalk’s resistance was punctured on the double.

The equaliser came from the same side that Dundalk enjoyed profit from earlier as Molde had two against one which allowed pacey right back Marcus Pederson pick out Etzaz Hussain.

The left-foot volley was struck with pace and the ball caught Gannon’s back as it sped beyond Gary Rogers into the corner.

Of Pakistan lineage, Hussain’s first pro contract as a teenager was with Manchester United where he spent two years, 2009 to 2011. The boy can play. 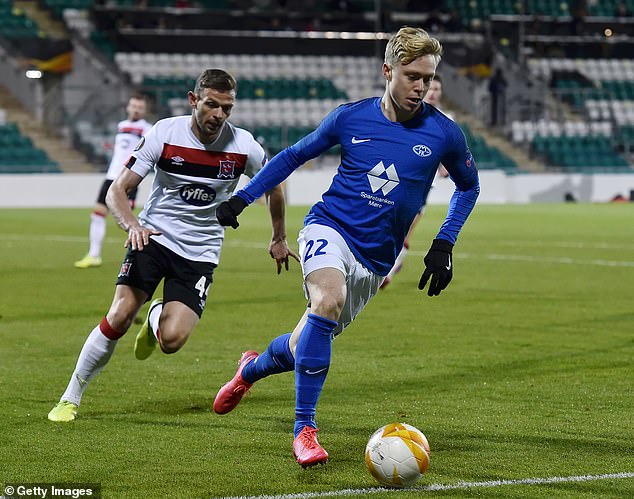 Dundalk were on the back foot in the second half, and couldn’t get the equaliser in injury time

At 1-1, the Dundalk energy was sapping and they were soon behind, conceding a penalty when Gannon caught the heels of Molde substitute, Erling Knudtzon, who’d only just come on.

Striker Ohi Omoijuanfo duly did the business from the spot even though Rogers went the right way. There were almost 20 minutes to go and Dundalk had their backs to the wall.

Giovagnoli, who watched from the stands as he doesn’t hold a UEFA pro licence, instantly made four substitutes. The fresh legs certainly helped and Dundalk rallied, only to fall short.