AFL superstar Dustin Martin is believed to be preparing to leave Australia to visit his deported father in New Zealand now that a travel bubble has been established between the two countries.

Martin must take a mandatory 12-day break after leaving the field with a concussion in Richmond’s loss to the Western Bulldogs last weekend and has reportedly asked to use the time to see his dad, the Herald Sun reported.

It is understood the Tigers asked the AFL about the possibility of Martin taking a short break to see his father Shane, who was deported across the ditch in 2016 for his criminal past and links to bikie gangs. 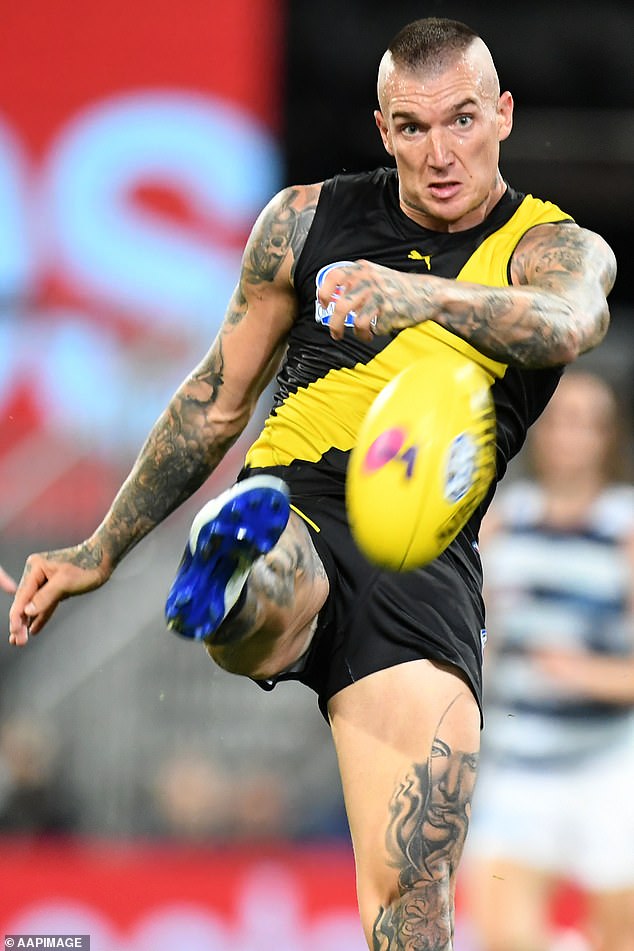 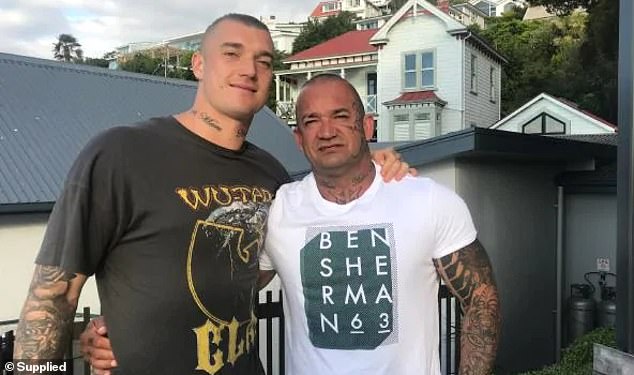 Shane Martin (right), the father of AFL star Dustin (left) was deported in 2016 over his criminal past and bikie links

The league told Richmond that Martin didn’t need a clearance because of the Trans-tasman travel bubble, which has been in place since April 19.

But it also told the club if Covid border issues see the travel bubble suspended that Martin could be stuck on the other side.

Martin has not seen his father for 18 months due to border closures.

Shane Martin and 20 others were deported over bikie links and he was forced to build a new life for himself in Auckland, New Zealand.

It was his 14-year association with the fearsome bikie gang the Rebels, as well as a criminal record that was tainted by aggravated assault charges and drug trafficking, that ultimately led to his banishment.

In 2017 then-immigration Minister Peter Dutton revealed he was briefed on Dustin Martin’s bikie-linked father that warranted deporting him – and will never change his decision.

Shane Martin watched each of his son’s three premiership wins from New Zealand on television. 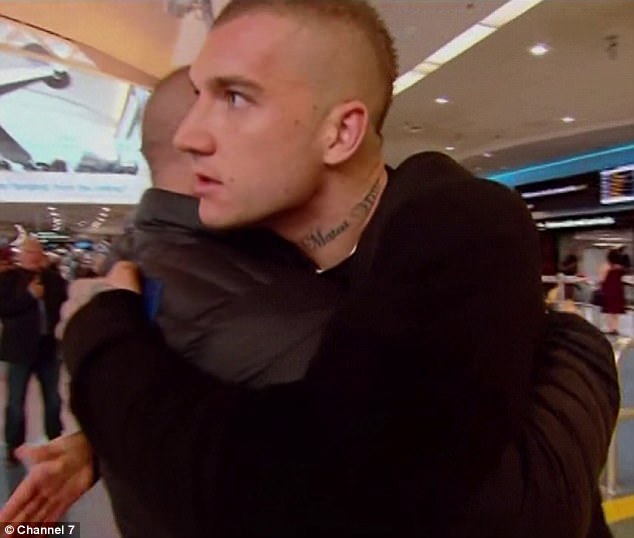 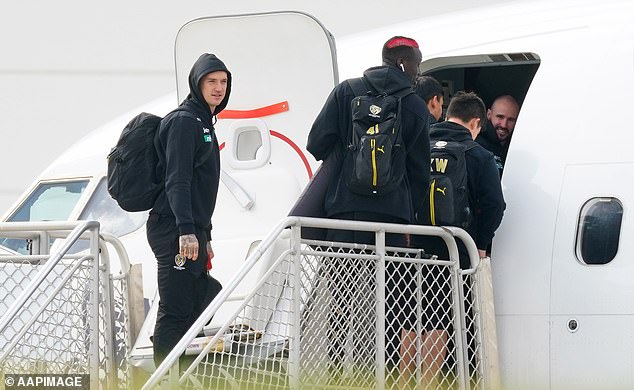 Dustin Martin (left) could be about to get on a plane to New Zealand to visit his dad, thanks to the Trans-tasman travel bubble

‘I love my dad and he’s made me the man I am today,’ Dustin Martin told St Kilda great Nick Riewoldt on Fox Footy in early 2021.

‘I’ve got full belief he’ll back here to watch us win another flag.’

It is believed Tigers coach Damien Hardwick will confirm the visit at his weekly media briefing on Wednesday.

Real ID deadline extended again due to COVID-19. Here's what that means for travelers

How I'm hanging on to all the motivation I can muster

How I'm hanging on to all the motivation I can muster