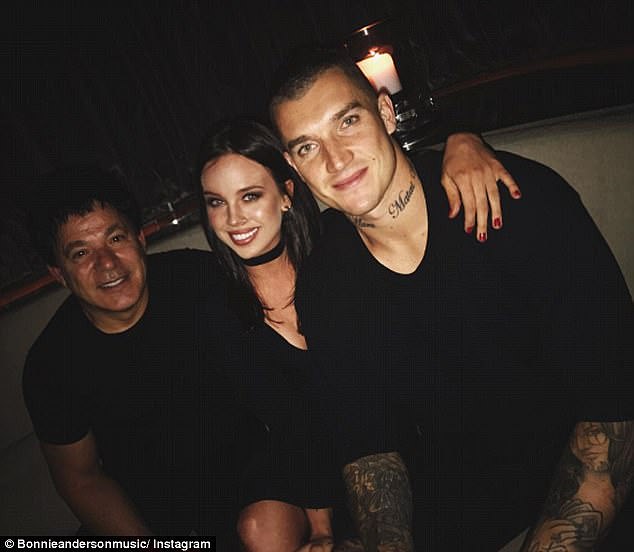 AFL superstar Dustin Martin could make a shock move to Sydney as rumours swirl about his future after two premierships in Richmond.

Just three words from his agent Ralph Carr was all it took to send the football world into a frenzy with speculation of a huge switch to the Sydney Swans.

Carr said ‘he loves Sydney’ when asked about the Brownlow Medalist’s history in the city since he grew up in Camden, on Sydney’s southwest fringe.

Although Martin plays for the Richmond Tigers in Victoria, he spends most of his off-season in Sydney.

A move to the Swans would mean Martin could replace for Lance ‘Buddy’ Franklin when his contract runs out in 2022.

Franklin commanded a nine-year contract worth $10 million with the Swans.

‘Dusty loves Sydney,’ he told Daily Telegraph. ‘He’s there a lot and he originally lived in Camden with his dad,’ he said.

‘You’ve got to live there to really know how good it is.’

Martin and Franklin are both out of contract after the 2022 season and if Martin made the move to Sydney, the older star’s career could be over.

Carr said it was still too early to tell where Martin’s next move would be, as the AFL giant still has two years left on his contract at the Tigers.

However, he said his 29-year-old client could be playing the sport for another nine years and that he could be Australia’s Tom Brady.

‘They’re talking about him as the greatest ever and I don’t think anyone will beat his record of three flags and three Norm Smith Medals,’ he said.

That would give Martin plenty of time to play for another club after he deal in Richmond ends after next year.

Carr said it was still too early to tell where Martin’s next move would be, as the AFL giant still has two years left on his contract at the Tigers

Hailing from Castlemaine in Victoria, Dustin made his big AFL debut in 2010 and has won three premierships with the Tigers. He also won the Brownlow Medal in 2017.

‘I’m worried he’s too far ahead. He’s training that well at the moment. He’s been incredible,’ Hardwick told AFL.com.au

‘He’s one of these guys who surprises me every year, Dustin. You generally think of the superstars of the competition that they come in and they do what they do, but there’s a reason they’re superstars.’

He made headlines in 2019 when he famously ditched his car at the Melbourne Cricket Ground car park for 65 days while celebrating Richmond’s 2019 grand final win.