By Jake Nisse For Dailymail.Com

Dwight Howard has got his All-Star ability back – and all it took was a flight to Taiwan.

The No. 1 overall pick of the 2004 NBA Draft debuted with his new team the Taoyuan Leopards Saturday and put in a completely ludicrous performance as he led his team to a comeback win.

Howard scored 38 points and grabbed 25 rebounds as he rolled back the years against the helpless opposition, even bringing up the ball on several occasions and making two three-pointers. 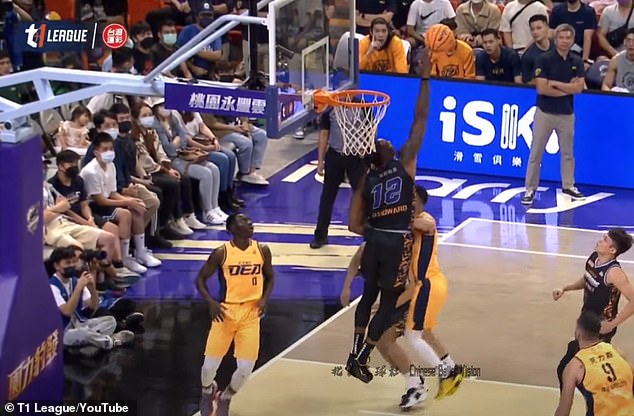 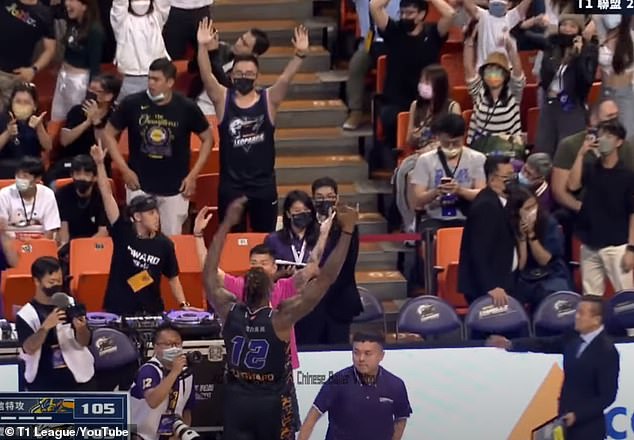 He also recorded four blocks in the game as his team dramatically erased a 21-point halftime deficit in front of a home crowd.

The NBA veteran, now 36 years old, had turned into a defensive and rebounding specialist the last we saw of him in The Association, as he averaged 7.5 points per game or less in three seasons running with the Lakers and Sixers.

But the T1 League was no match for Howard Saturday as he channeled the dominance of his eight All-Star seasons and hit heights he hadn’t reached in years.

It was the first time Howard recorded at least 35 points and 25 rebounds since 2016 with the Rockets – the only time he did so in his NBA career.

Removing rebounds from the equation, you still need to go back four years to 2018 to find the last time Howard posted at least 30 points in a game, as he had 32 then with the Hornets.

Howard acknowledged after the win just how much of a focal point he was for the Leopards.

‘It’s my first game in a long time where I’ve got a chance to shoot the ball, get to touch it and stuff like that,’ he said according to Focus Taiwan. 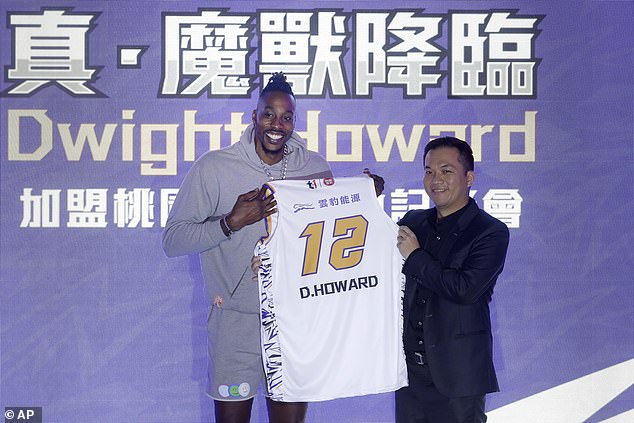 Howard announced his signing with the Leopards earlier this month

‘I really appreciate my coach and the rest of my teammates for just trusting me.’

While Howard’s performance was a heartwarming peek at his former NBA powers, it likely wouldn’t have come to fruition had he got his wish last offseason.

Despite serving as a useful rotation player in Los Angeles, Howard surprisingly received no contract offers over the summer, forcing him to open up his options if he wished to continue playing.

While his days of NBA stardom are over, perhaps his latest exploits in Taiwan will convince someone he’s at least worthy of a roster spot stateside.