Dybala excluded from Argentina World Cup qualifiers due to injury 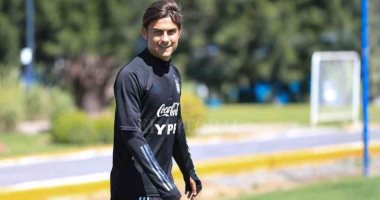 The Argentine national team announced the exclusion of Paulo Dybala, the Italian star of Juventus, from the Tango team camp, during the upcoming international break in the month of October, due to the injury he suffered recently..

Dybala was injured in the first half of Juventus’ last match in the Italian league against Sampdoria, which ended in a 3-2 victory for Juve, after he scored his team’s first goal in the match.

Dybala missed, due to injury, from participating in the last Juventus match against Chelsea, the first day of Wednesday, in the Champions League, which ended with the Italian team winning with a goal.

And Lionel Scaloni, coach of the Argentine national team, had announced the list of tango dancers that will compete in the South American qualifiers for the upcoming World Cup Qatar 2022, during the upcoming international break next October.

Argentina ranks second in the South American qualifiers for the 2022 World Cup in Qatar, with 18 points, behind the leaders, Brazil, with 24 points.