Early end to term so students can go home for Christmas 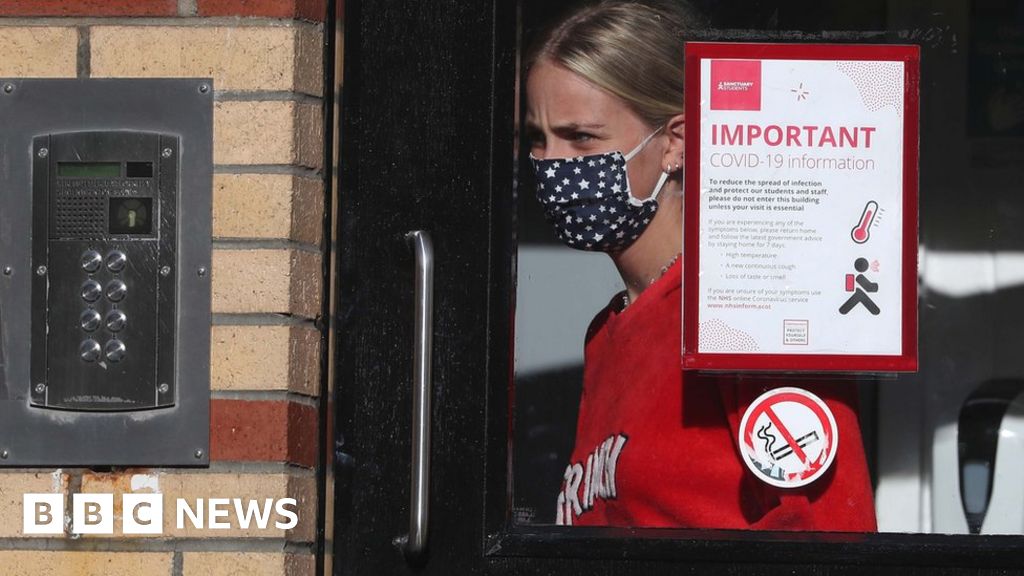 Universities in England could finish face-to-face teaching early this term so any students having to self-isolate could return home for Christmas, says the education secretary.

The latest estimate suggests 49 UK universities have had Covid cases so far this term – up nine since Monday.

Labour accused Mr Williamson of being the “invisible man” who had failed “to get to grips with the situation”.

“I know there has been some anxiety about the impact the safety measures will have on the Christmas holidays,” Mr Williamson told the House of Commons.

“We are going to work with universities to make sure that all students are supported to return home safely to spend Christmas with their loved ones, if they choose to do so,” he said.

But Mr Williamson said “there may be circumstances where students have to self-isolate at the end of term” – and there would be provision for “ending in-person learning early”.

Shadow Education Secretary, Kate Green said the situation with students returning to university and ending up in self-isolation was “desperately worrying”, as well as “predictable and predicted”.

Ms Green said the government had failed “to get testing fit for purpose” and if Mr Williamson’s department “didn’t get a grip, the situation could repeat itself across the country”.

“We cannot forget that at the heart of this crisis are thousands of young people, many way from home for the first time, many now isolating with a group of people who are practically strangers – we can only imagine how hard it is for them,” she told MPs.

The government has been under pressure to respond after multiple Covid outbreaks followed the return of students, with many students then having to self-isolate.

There are no official figures from the government or regulators for the numbers of universities with outbreaks, but a tracking of local reports suggests cases in 49 universities, up from 40 on Monday.

There have been cases reported in Leeds, Glasgow, Sunderland, Essex and Swansea universities.

Exeter University responded to confirmed Covid cases by telling students that for the next 14 days they should not “meet indoors with anyone who is not part of your household”.

The University of Aberystwyth’s approach has been to suspend in-person teaching.

There are still students returning for the new term – and the UCU lecturers’ union has written to the prime minister asking for this to be reversed so that students are able to study online from home instead.

The union’s leader Jo Grady has told Boris Johnson that the biggest danger areas for infection are face-to-face teaching and student halls of residence – and has called on the prime minister for “swift action” to switch to online, off-campus teaching.

But Mr Williamson told MPs that universities were “well prepared” to handle any Covid outbreaks – and rejected suggestions of switching away from a mix of face-to-face teaching and online.

“There are many courses including medicine and dentistry, as well as the creative arts, which require a face to face element,” said the education secretary.

Judge tells two female thugs they are neither 'glamorous or sophisticated'