According to the site “eat thisStudy results show that people who eat early breakfasts have lower blood sugar and lower insulin resistance.

The study, presented recently at the annual meeting of the Endocrine Society, analyzed dietary and fasting glucose and insulin data from a nationally representative survey and tests of 10,575 adults.

Researchers from Northwestern University and the University of Illinois at Chicago found that people who ate breakfast before 8:30 a.m. had lower blood sugar levels and lower insulin resistance than people who ate their first meal later in the day.

High blood glucose and resistance to the hormone insulin, which helps regulate blood sugar, are signs of prediabetes and type 2 diabetes. 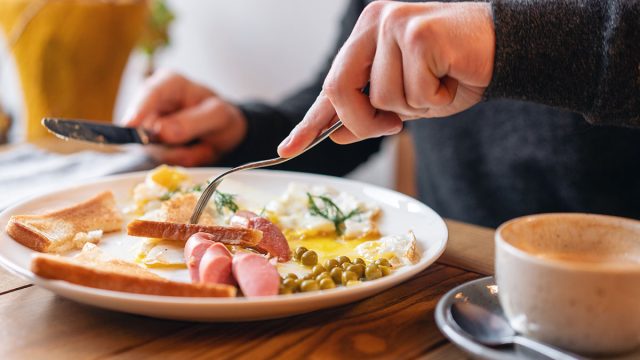 The Centers for Disease Control and Prevention has estimated that 34 million Americans have type 2 diabetes and 88 million have prediabetes. Of these, 84% do not know they have the syndrome that puts you at increased risk of type 2 diabetes, heart disease, and stroke. ischemic;

Other studies have suggested that a common diet strategy called time-restricted eating, which allows a person to eat as much as they want but over a shorter “eating period”, improves metabolic health and the rate at which body fat is burned.

However, this study found that insulin resistance actually increases with shorter eating periods while blood glucose numbers do not fluctuate significantly regardless of the length of time eating.

In other words, it may be better for you to take your time eating your meals rather than trying to eat them all in a short time frame and definitely eat early.

The study found that eating your first meal after 8:30 a.m. was associated with higher blood sugar and greater insulin resistance.

On the diet journey during a record time, you need to develop a good plan in which you determine...