Eddie Howe has opened up about his departure from Bournemouth during the summer and what the future holds for him.

The 42-year-old rejoined the Cherries as manager in 2012 when the club were in League One after less than two years at Burnley.

He secured promotion back to the Championship in his first season back on the South Coast, the first time the club had been in the second tier for 23 years. 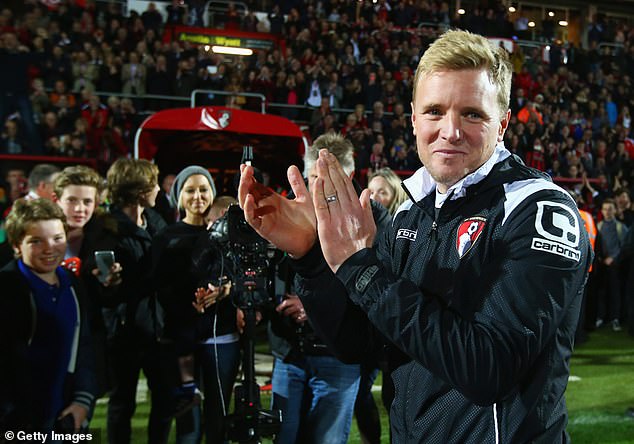 Howe’s men then backed that up with a 10th-placed finish before thrilling the league with an exhilarating brand of football that saw them win the title and reach the Premier League in 2015.

Bournemouth came 16th, 9th, 12th and 14th during their first four seasons in the promised land before their relegation in July despite a 3-1 final-day win over Everton at Goodison Park.

Howe agreed to move on after that bitter blow and, speaking to Sky Sports’ Monday Night Football, he revealed how he’d coped in the months following the decision.

‘It definitely didn’t end the way I wanted it to, but it was the only way it could end,’ Howe admitted.

‘I was so attached to the club, loved the club with every fibre of my body, but I thought it was the right thing to do to leave.

‘The energy involved to get the club to where it was and to keep it there, it takes an incredible amount out of you.

‘It took me a long time [to recover]. I really found it emotionally so difficult in the first few weeks [after he’d left] because your everyday is the love of the club, your love of the job, your love of everyone connected with the club, the players, the staff – and then it’s cut and you have no contact with anybody because you’ve got to let the club go in a different direction and you’ve got to let Jason manage a new team with his staff.

‘You can’t interfere with that. From every day to nothing is mentally very difficult to adjust to.’

The step away has given Howe a chance to embrace family time, and he’s in no rush to embark on his next managerial adventure. 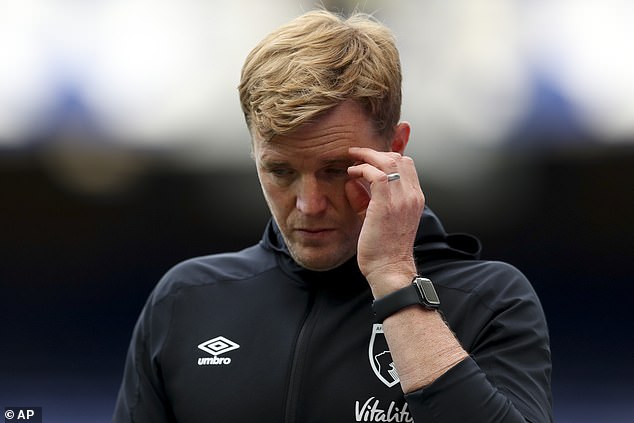 ‘I made the decision for the best interests of Bournemouth and for myself. I wanted to be at home with my family. I wanted to see my kids grow up.

‘I wanted to learn and develop my knowledge as a manager and then if I decide I want to get back in if I’m lucky enough to be given the opportunity, then I’ll do that.

‘I don’t want to get back in just for the sake of it. It would have to be something that really motivated me.’

Howe’s Bournemouth sides were unapologetically attacking and while exciting to watch, did leak lots of goals. Was he ever tempted to change?

‘We always decided to go on the braver side because if we picture Bournemouth at our best, we were free-flowing,’ Howe said.

‘I don’t think you can be something you’re not. My mindset is to win the game, not not to lose it. I don’t think I could ever go in with a different mindset. That’s what got us into the Premier League.’ 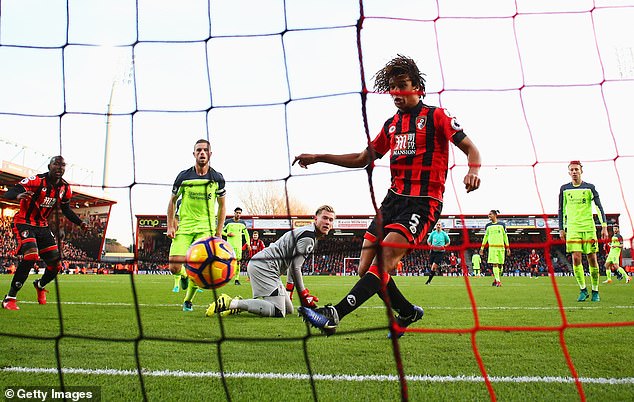 Howe is candid about the rigours of management and his own personal failings, while being appreciative of the mentors who have got him to this position.

‘The consistent battle you face is for everyone to be motivated to play for the same idea.

‘Every player has their own dreams, ambitions, motivations and then there are outside interests: agents etc…

‘I tended not listen to the media. Keeping away from the noise is very important. You need to listen to your staff.

‘I probably didn’t delegate well enough because I was consumed by the job. For whatever club you’re in control of, you’re not just in charge of the club but the town’s fortunes.

‘You have to be really adaptable. You have to be able to change your mood: one moment you‘re in front of the player, then the media. You also have to have a deep intellect to see problems before they come. 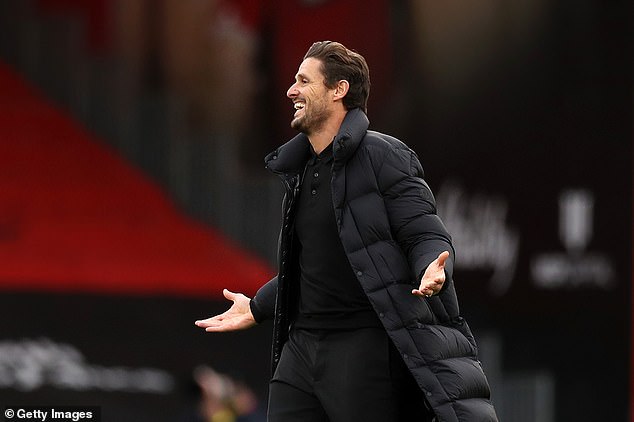 ‘I started coaching at 29. When I look back at my early Bournemouth education, I was so lucky to have such great people to give me a wonderful education: Tony Pulis, Harry Redknapp, Sean O’Driscoll, Kevin Bond.’

Howe’s successor Jason Tindall is now in the first chapter of his managerial journey and the initial signs are positive, with the Dorset outfit up to second in the Championship after beating fellow promotion contenders Reading 4-2 at the Vitality Stadium on Saturday.

Bournemouth’s Premier League success could be repeated sooner rather than later.

Karl Edwards: The ‘bronzed Aussie’ who knew life was for living

Karl Edwards: The 'bronzed Aussie' who knew life was for living