EDEN CONFIDENTIAL: The secret of Alan Yentob’s chat for the ‘British Backscratching Corporation’


Alan Yentob stepped down as the BBC’s creative director in 2015, over allegations that he’d tried to influence its coverage of troubled charity Kids Company, where he was chairman of trustees.

So viewers may have been surprised to see him reporting on BBC1’s News At Ten this week.

Yentob, 74, was handed an extended item on Monday, interviewing the American comedian Mel Brooks about his new autobiography.

Viewers may be even more surprised to learn that Yentob is a close friend of Brooks, who is the godfather of his son Jacob, 30.

‘This is the British Backscratching Corporation at its worst,’ a source tells me.

‘Viewers should have been told of Yentob’s close connection to his subject.’ 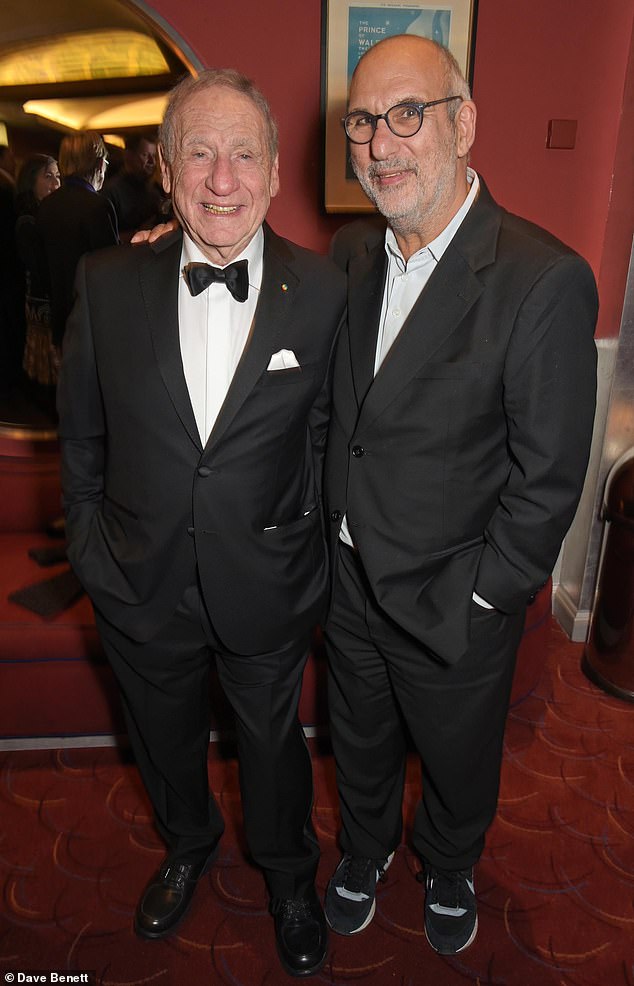 Alan Yentob (right) pictured alongside Mel Brooks (left), who is the godfather of his son Jacob, 30 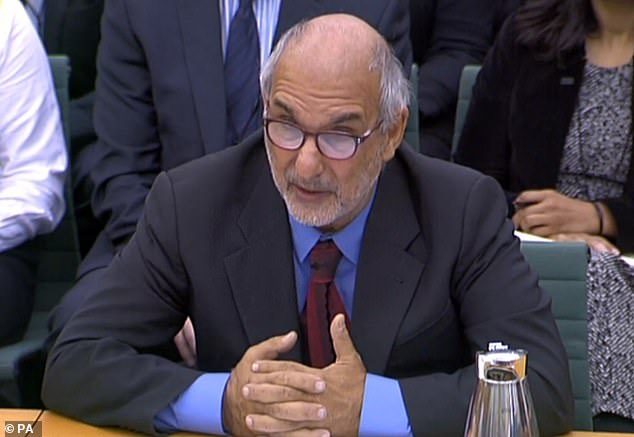 They question why, if bosses deemed the publication of Brooks’s memoir to be newsworthy, he wasn’t interviewed by one of the BBC’s many U.S. correspondents.

‘And if it was considered a job so important that someone had to be flown out at great expense some 5,000 miles from London, surely the interview should have been conducted by one of the arts correspondents?’

Yentob — who was still getting paid as much as £249,999 per year by the BBC for his arts show, Imagine, in 2018 — perhaps demonstrates that ‘star’ power still holds sway at the Corporation.

Last week, bosses were criticised for allowing Amol Rajan to front a controversial BBC2 documentary on the Royal Family, The Princes And The Press, despite the presenter being a self-declared republican who had previously called the Duke and Duchess of Cambridge’s public roles a ‘total fraud’ and joked about how he wanted to hurl bricks at them.

Yentob, who has been working for the BBC since joining as a trainee in 1968, became one of the best-connected and most powerful figures at the BBC.

He was described by his friend Tony Hall, the BBC’s previous director general, as the conscience of the broadcaster. 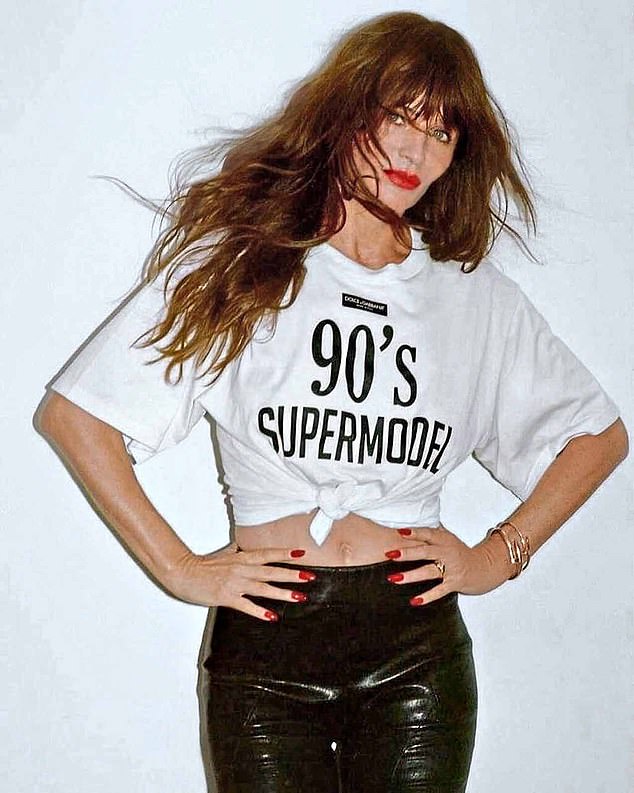 Helena Christensen made her name in the 1990s — and she’s determined that we don’t forget it.

The Danish catwalk queen has shared this photograph of herself wearing a £395 Dolce & Gabbana T-shirt emblazoned with the words ’90’s supermodel’.

With her youthful glow and cropped top showing off her taut stomach, Christensen looks far younger than her 52 years. Sadly, not all her fellow 1990s supermodels have fared so well.

Linda Evangelista, 56, who told Vogue she wouldn’t get out of bed to strut down a runway for less than $10,000, claimed earlier this year that she had been ‘permanently deformed’ and ‘brutally disfigured’ after undergoing a cosmetic procedure to freeze fat cells. 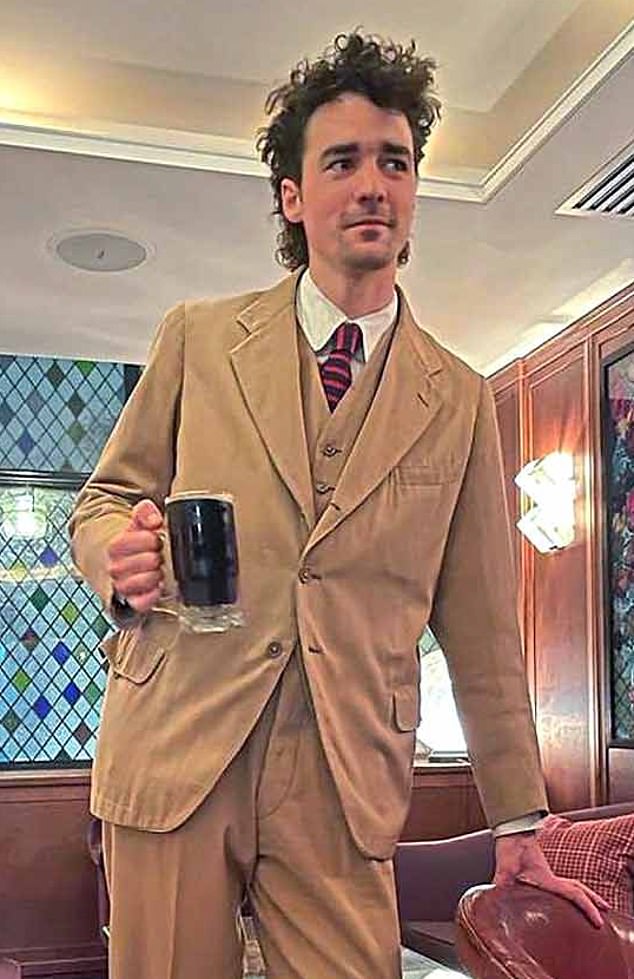 The brewing heir, 30, went out this week in a suit made for his great-grandfather, the 1st Lord Moyne, in the 1930s.

Lord Moyne, Walter Guinness, was an Eton-educated lieutenant colonel who fought in World War I, and was also a Cabinet minister.

He was assassinated in 1944 by a terrorist group in Cairo.

I’m a celeb… get me off the Tube 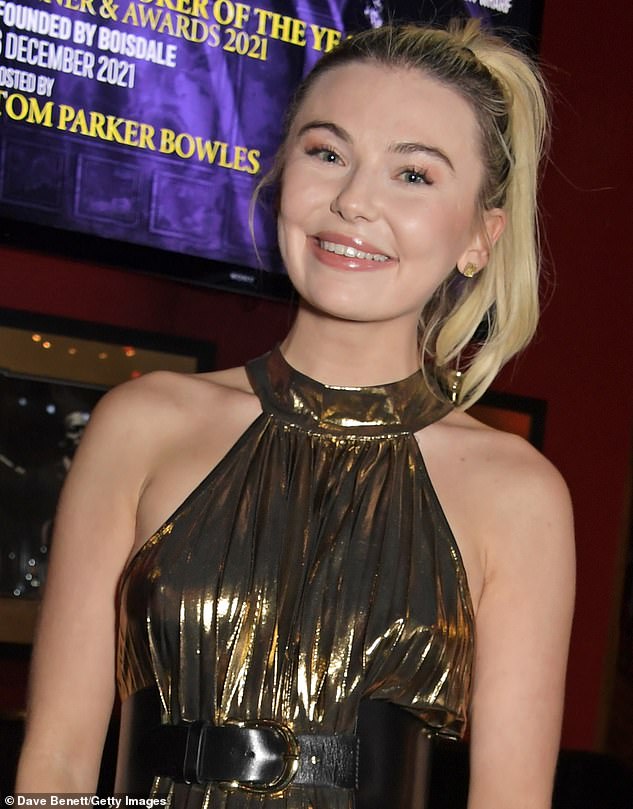 She survived being covered in cockroaches and filling a tank with green gunge and fish guts in the jungle, but I’m A Celebrity winner Georgia Toffolo was beaten by the London Underground.

The former Made In Chelsea star, 27, arrived at Boisdale’s Cigar Smoker Of the Year awards in Canary Wharf, East London, looking distinctly flustered.

‘I didn’t realise how to get here,’ she admits. ‘I got the wrong Tube three times; it took me more than an hour to get here. I was having to run around in my glittery ball gown all through these Tube stations.’

Filming  dark BBC comedy The Outlaws appears to have left its 6ft 7in star, Stephen Merchant, nursing a sore head.

The 52-year-old comedy actress is used to sudden knocks herself: she was the first contestant to get the boot on this year’s Strictly Come Dancing, in just the second week.

Rumoured to be playing a baddie in the next James Bond film, Idris Elba appears to believe in the mantra, ‘Know thy enemy’.

I hear the Luther star, 49, has been seen in the MI6 headquarters by the Thames in the past few weeks, in a tailored suit, looking more like 007 than a Bond villain.

A source tells me: ‘Idris was spotted in different parts of the building at several points during the day. 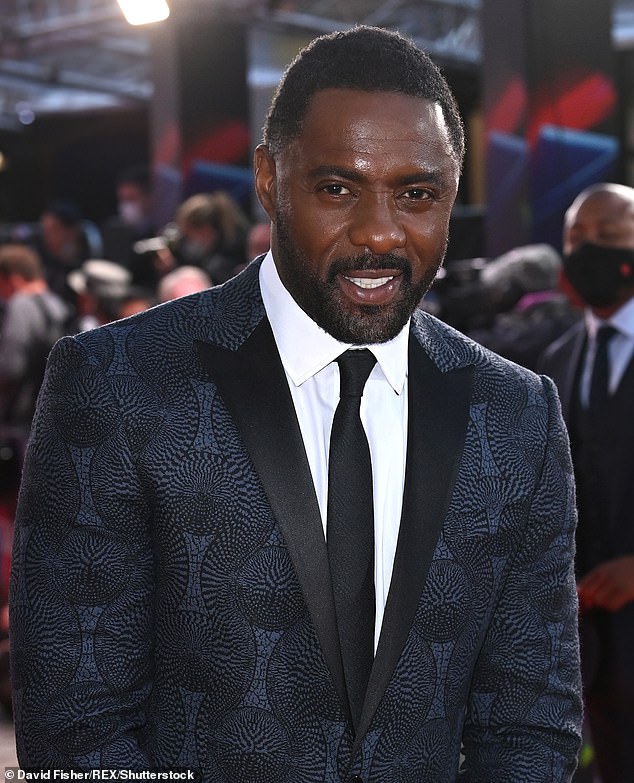 ‘He was probably being given a special top-secret tour followed by a drink at the bar. He seems like a nice and friendly guy.’

Whoever thought that stuffy old Marylebone Cricket Club would hold an all-night party?

In the first event of its kind, the spiritual home of cricket, Lord’s, played host to a live screening of overnight play from the first day of the Ashes in Brisbane last night.

The Pavilion television room was opened up for a drinks party, hosted by former cricketers Mike Gatting and Alec Stewart, that started at 9.30pm.

‘This was to raise money for grassroots cricket and won’t be the start of regular all-nighters,’ insists my man in the egg-and-bacon tie.

Children might be expected to be proud of their parents becoming TV stars, but not Great British Bake Off winner Nadiya Hussain’s.

She’s revealed her 15-year-old son, Musa, is so embarrassed by having a famous mother that he will let her do the school run only if it’s dark.

‘He’s in Year Ten and I’m not allowed to go near the school,’ Nadiya says.

‘I’m only allowed to pick him up in winter when it’s dark at 4pm. That’s the rule.’

The Unexpected Problem of the US Salary Increase

Emma Raducanu is impressing both on and off the court in Melbourne it seems - after charming the city's residents, and tennis fans on social media, with her...