‘I’m here to play football’: Eden Hazard keen to kick on after returning from injury to help Real Madrid salvage a point against Gladbach

Eden Hazard admitted he felt as if Real Madrid had won Tuesday’s clash with Borussia Monchengladbach after he returned to help his side rescue a draw in Germany.

Madrid, who had already lost their opening game of the tournament, were 2-0 down when Hazard made his long-awaited return from injury in the 70th minute.

And his entrance helped spark a comeback, Karim Benzema pulling one back in the 87th minute before Casemiro equalised in the third minute of added time. 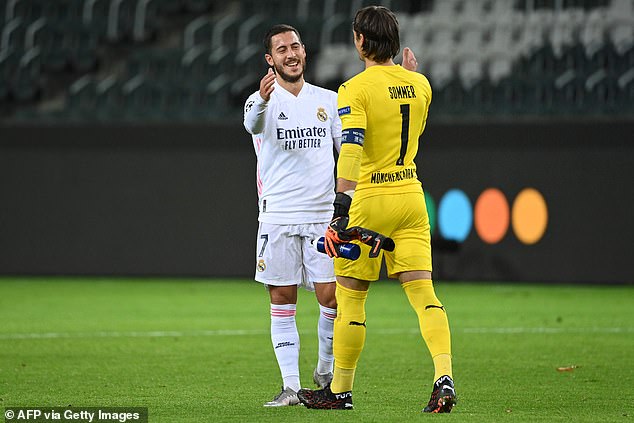 It was Hazard’s first appearance of the season and the former Chelsea man was clearly thrilled to be back on the pitch.

‘It’s like three points, but it’s not three points. We showed great character because to be 2-0 down, with just five minutes to play, I think we could score one more. 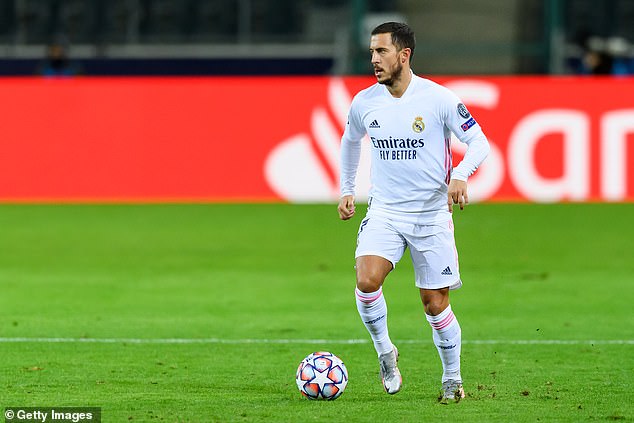 ‘I could score one more, but I missed, but it felt like three points, like a victory.’

The draw still leaves Madrid bottom of group B with just one point but both Inter and Gladbach only have two.

‘[The start is] not that good, to be fair, but last year we showed after two games and one point we can go through,’ Hazard said.

‘We now have four games to lay, next one against Inter which is not so easy, but we are Real Madrid and we must show we can go through.’