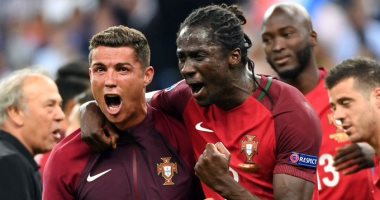 Portuguese striker Eder, the European Nations final champion (Euro 2016), will complete his goal against France, which gave his country the title, in the coming hours, his official contract with the Saudi pioneer..

And the Saudi club published today, Tuesday, through social media, that “Eder arrived today in Riyadh to undergo a medical examination, and formally sign contracts if things are successful.”“.

Al-Raed’s management had announced 3 days ago the official contract with the 33-year-old in a free transfer deal.

The brown striker has played since 2017, in the ranks of the Russian Lokomotiv Moscow, but he has been without a club since last season.

At the level of the Portuguese national team, the player played 35 matches and scored 5 goals, the most important of which was his goal in the Euro 2016 final against France, which gave his country the first major international title in its history.