Egypt group .. Gabon team surprised Libya with a goal in the 11th minute 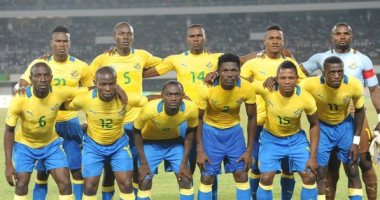 The Gabon team succeeded in advancing with a clean goal during the activities of the first quarter of its match against Libya, which is currently being held at the Benina Stadium in Benghazi, in the opening of the African Group F qualifiers for the World Cup, today, Wednesday, which includes Egypt and Angola, and their matches are held at the same time. As a result, the Pharaohs advanced with a goal without a response, which was scored by Afsha in the fourth minute from a penalty kick.

Gabon’s goal was scored by Andrea Biogo Boko in the 11th minute of the match.

The Libyan national team will play the match with the formation of..

The Ethiopian referee, Malak Tassimia, manages the match between the Libyan national team against Gabon. that took place on January 29, 2014, the national team won on penalties (5-4), after the original time was completed with a draw without goals, to cross the Libyan team to the final and be crowned champion for the first time in its history.