Egypt group.. Libya leads with an exciting double against Gabon in the World Cup qualifiers 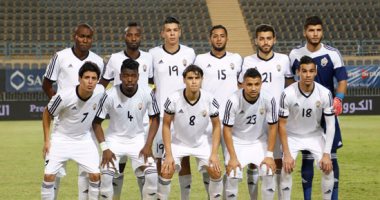 The Libyan national team won an exciting victory at the expense of Gabon, 2/1, during their match, which was held on Wednesday evening, in the opening of the African Group F qualifiers for the World Cup, today, Wednesday, at the Benina Stadium in Benghazi.

With this result, the Libyan team topped the standings of Group F after beating Gabon, one goal ahead of Egypt, which won at the expense of Angola.

Although the Libyan team was delayed by a goal in the first quarter of an hour, it returned to the meeting again thanks to the intense enthusiasm that dominated the performance of its players.

The Libyan national team played the match, consisting of:

The Ethiopian referee, Malak Tassimia, managed the Libyan national team’s match against Gabon. Tsimia has previously managed two matches for the Libyan national football team, the first time he managed the national team match against his Zimbabwean counterpart in the semi-finals of the African Championship for Local Players that was held in South Africa in 2014, and in that match that took place on January 29, 2014, the national team won on penalties ( 5 – 4) After the original time was completed with a draw without goals, the Libyan team crossed to the final and was crowned champion for the first time in its history.

Take care.. Signs appearing on your mouth confirming that you have diabetes.. Get to know them