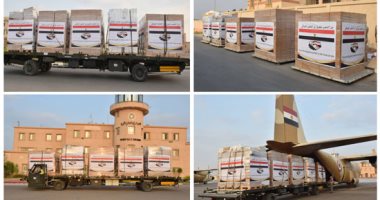 Egypt’s provision of medical aid to its friends from the countries of the world that have suffered from the harsh effects of the Corona pandemic has received prominent coverage in the international media.

The Washington Post published a report last April that Egypt sent a military plane loaded with medical aid to the American capital with the spread of the virus in the United States.

At this time, the newspaper quoted Mike Evans, an American journalist and writer who is among the US President Donald Trump’s advisors on Middle East affairs, that the “Egyptian gift” includes anesthesia drugs, antibiotics, body bags, masks, and medical tests to examine people with corona.

The Chinese agency said that since the beginning of the epidemic, Egypt has been keen to send shipments of medical supplies to a number of countries affected by the virus, including China, Italy, and the United States.

On the other hand, last July, the International Monetary Fund praised Egypt’s proactive approach to limit the repercussions of the Corona epidemic. The IMF said that despite expectations of the impact of the epidemic, the strong economic reform program that Egypt adopted in 2016 has strengthened its economy’s resilience to the crisis.