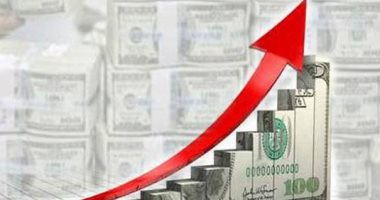 Just as the strong positive development of Egypt’s economy in recent years has drawn the attention of major newspapers and global websites, this approach continued during 2020, albeit with greater interest, in light of the repercussions of the epidemic that shook the whole world.

The Oxford Business Group published a report last July expecting Egypt to emerge from the Corona pandemic crisis in a strong position, and to attract international investments.

The report talked about the successes Egypt achieved before the epidemic, through its ambitious program to reform the economy, which led to accelerating its growth rate and reducing the financial deficit.

The report said that creating a more favorable environment for business and rationalizing the bureaucracy helped Egypt continuously rise in the global rankings, and the report went on to say that despite the stalled progress made by Egypt due to the economic repercussions of the epidemic, it is as one of the largest consumer markets in the region and possesses the basics Strong, it is in a good position to attract investment and get out of the crisis in a strong position.

In a report earlier this year, also by the group specializing in economic consultations, he expected that tourism in Egypt will resume growth next year, and said that despite the impact of the epidemic on the important sector in Egypt, building an airport in the new Ghaddarian capital and a number of other tourism projects would help in The growth of the number of tourists coming to the country next year.

The Oxford Business Group expects the opening of new aviation routes linking the tourist resorts and archaeological areas in the country, to attract more leisure tourists, who spend about 86% of the total visitor spending.

Oxford Business Group also expected the opening of new aviation routes, linking the tourist resorts and archaeological areas in the country, to attract more leisure tourists, who spend about 86% of the total visitor spending.

On the other hand, the American Bloomberg Agency specialized in economic affairs chose Egypt among the 10 fastest growing economies in the world in 2020, and it records the second highest economic growth rate in the world at a rate of 3.6%, according to the report of the International Monetary Fund, and reduced the debt-to-GDP ratio of 108 In the fiscal year 2016/2017, to 88% by the end of June 2020, and achieving a first surplus of 1.8% in the last fiscal year, while in other emerging countries and other countries, debt and deficit rates doubled and their growth came negative.