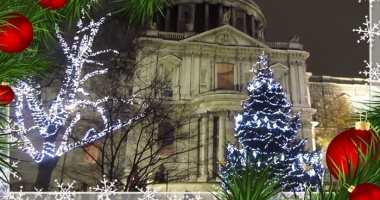 More than 250,000 American subscribers in New York, Pennsylvania and the northeast woke up to dark and rainy weather on Christmas morning Friday, as electricity was cut off due to high winds and heavy snowfall..

Rich Otto, a meteorologist at the Weather Forecast Center at the National Weather Service in College Park, Maryland, said flooding could also occur, with snow melting from previous storms and raining up to 13 centimeters in some New York suburbs..

And in New England, winds of up to 100 kilometers per hour may uproot trees and cut power lines, and Otto added that as the temperatures drop at night, snow-covered roads will become a source of concern..

The American Automobile Association says the number of Americans expected to travel during the holidays will be 34 million fewer, a decrease of 29 percent compared to last year, noting that this is largely due to concerns about the spread of Covid-19 disease..

Renewed protests in southern Iraq, amid criticism of Kazemi