‘El Tigre’ Bonilla is extradited to the US on drug charges 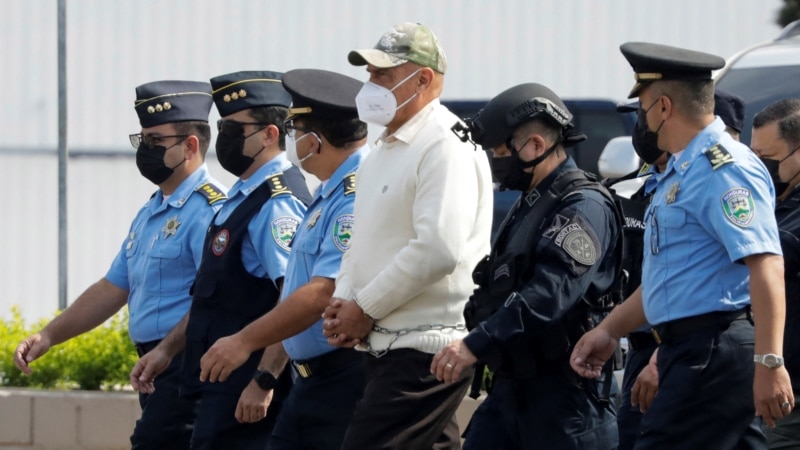 A former Honduran police chief accused of drug trafficking in the United States was extradited to that country on Tuesday by DEA agents from the capital of the Central American nation, authorities said.

Juan Carlos ‘El Tigre’ Bonilla, arrested in Honduras in March, was transferred to US territory in the morning on a Drug Enforcement Administration (DEA) plane.

“I go with the presence of the Almighty, my head held high (…) I do not owe anything in the United States,” Bonilla wrote in a farewell letter to family and friends released last week.

‘El Tigre’, who was chief of the Honduran police from 2012 to 2013, under the mandate of former right-wing president Porfirio Lobo, has rejected the accusations of US prosecutors who have been asking for his extradition for two years.

Earlier on Tuesday, former Honduran President Juan Orlando Hernández pleaded not guilty to drug charges and use or possession of firearms in US federal court, following his extradition last month.

The former president is also accused of receiving millions of dollars from drug traffickers in exchange for immunity. With Bonilla, there are 31 Honduran citizens extradited to the United States for their alleged links to drug trafficking.

His vision for freedom of expression began to be revealed .. Elon Musk vows to lift the ban on Trump on Twitter | Politics news

His vision for freedom of expression began to be revealed .. Elon Musk vows to lift the ban on Trump on Twitter | Politics news