Anh Taylor, 95, was injured after a man who had just been released from prison stabbed her ‘multiple’ times in an unprovoked attack in San Francisco

An elderly Asian woman was injured after a man who has recently been released from prison stabbed her ‘multiple’ times in an unprovoked attack in San Francisco.

Police officers were called to the scene in the Tenderloin district around 10.15am where they found Anh Taylor, 94, with multiple stabbing wounds, according to San Francisco Police Department.

She was treated at the scene in Tenderloin area before being taken to hospital where she underwent surgeries to wounds on her wrist and torso. She was also hit in the head. Taylor is in stable condition, CBS5 reported.

Police arrested Daniel Cauich, 35, for the attack about one and a half hours later after they circulated a photo of him taken from surveillance video. He was wearing an ankle monitor at the time of his arrest.

Authorities also recovered a knife in the area the suspect used to attack Taylor. 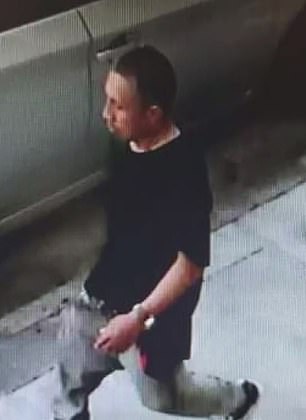 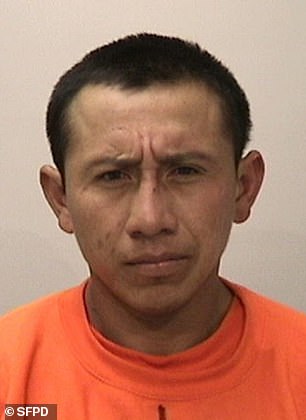 Police arrested Daniel Cauich, 34, for the attack about one hour and half later after they circulated a photo of him taken from surveillance video.

Taylor, who is from China and Vietnam, has lived in the area for more than 40 years and is the widow of a US veteran.

Benvenuti said one of Taylor’s favorite things to do was to bake cookies. Taylor had given her and her partner some after they once saved her from an elevator gate.

After Wednesday’s attack, Cauich is facing charges of attempted homicide, battery with serious injuries, elder abuse, committing a felony while on bail or release, great bodily injury enhancement and probation violation, police said. It has not yet been decided if he’ll be charged with a hate crime.

Cauich was released from prison less than a month ago on burglary charges, but court records show he was let go due to lack of evidence, San Francisco Chronicle reported.

He was previously arrested on charges of deadly stabbing, but a judge dismissed the case in 2019 due to lack of evidence, ABC 7 reported.

There is no motive as to why the suspect has stabbed Anh Taylor as of now, but it is being investigated whether it can be categorized as hate crime. 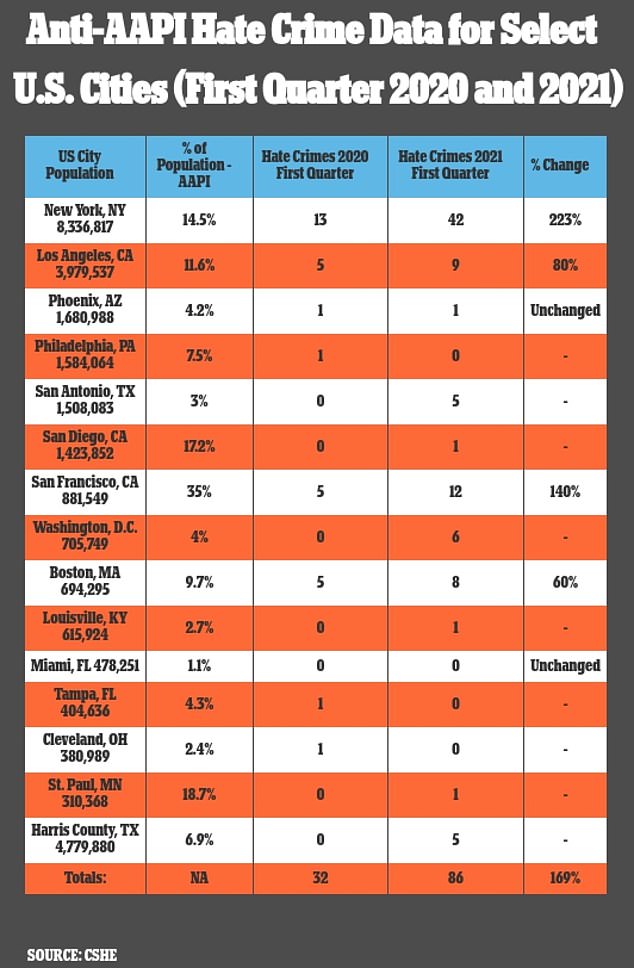 Wednesday’s incident comes amid a surge in hate crimes targeting Asian Americans and Asians living in the United States.

Anti-Asian hate crime reported to police in 15 of America’s largest cities and counties, rose 169%, from 32 to 86, in the first quarter of 2021 in comparison to the first quarter of 2020, according to an analysis of official preliminary data by the Center for the Study of Hate & Extremism (CSHE) at California State University, San Bernardino. 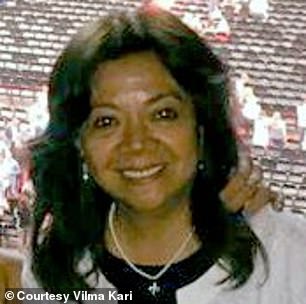 In March, Vilma Kari was walking to church in midtown Manhattan when Brandon Elliot, 38, approached her, knocked her to the ground and kicked her repeatedly

For instance, Asians form 35% of San Francisco’s population. In the first quarter of 2020, the number of reported hate crimes went from five to 12 which is an increase of 169%. 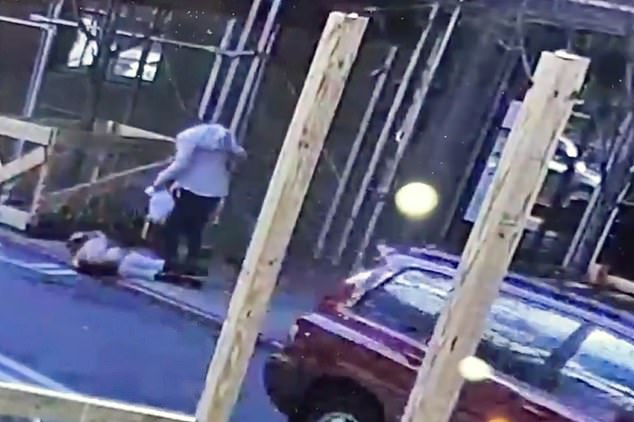 Brandon Elliot kicked Vilma Kari to the ground and hit her repeatedly after yelling a racial slur at her in Manhattan. He was out on parole for murdering his own mother at the time

Josephine Zhao, one of the members of Chinese Democratic Club in San Francisco, said she is very angry that ‘Criminals are treated better than Asian seniors and asked who is not doing their job’.

In March, Vilma Kari was walking to church in midtown Manhattan when Brandon Elliot, 38, approached her, knocked her to the ground and kicked her repeatedly.

Elliot kicked her to the ground and hit her repeatedly after yelling a racial slur. He was out on parole for murdering his own mother at the time.

In another incident in the same month in San Francisco, Xiao Zhen Xie said she was standing at a traffic crossing on Market Street on Wednesday when a man punched her in the face.

The 76-year-old grabbed a stick to defend herself and began beating the man. She then lunged at him again while he was being taken away on a stretcher.

Last month, an Asian dad was punched in the head 14 times in an unprovoked attack while pushing his toddler’s stroller through San Francisco in broad daylight.

The 36-year-old father, who identified himself as only ‘Bruce’, was walking his baby in Mission bay neighborhood of San Francisco on Friday afternoon when a man came up to him and punched him from behind.

He was seen on surveillance footage getting knocked to the ground and blocking the 14 blows to his head and back as his son’s stroller slowly rolls away. When his attacker backs off, the father is seen protectively running to his son’s stroller while pedestrians and customers look on in shock.