Elderly man struck by car after chasing thief who stole his wife’s handbag in Townsville, Queensland

An elderly man has been struck by a stolen car after his wife’s bag was snatched in Queensland.

The 70-year-old man and his wife were walking along Stokes St in the Townsville CBD on Sunday when they noticed a vehicle pull up near them.

A young man then exited the car, walked up to the woman and grabbed her handbag.

The elderly man chased the thief back to a silver Ford SUV. 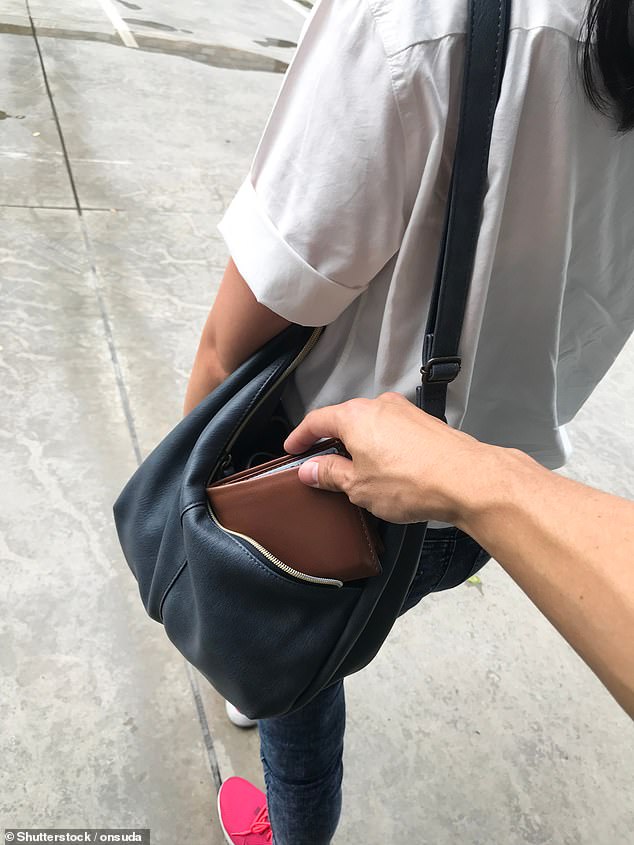 An elderly man has been struck by a stolen car after his wife’s bag was snatched in Queensland (pictured: stock image of man’s hand stealing wallet)

He was struck by the vehicle and knocked to the ground as it accelerated away.

Queensland Police said he sustained a non-life-threatening injury to his head and grazes to his body, while his wife had grazing to her arm following the incident.

Both victims were was transported to Townsville Hospital in a stable condition.

‘People shouldn’t fear getting their bag snatched, being carjacked or having their car stolen while they sleep in Townsville,’ he told the Townsville Bulletin.

Police located the abandoned vehicle in Tuffley Street, West End after it was stolen from a West End property overnight on April 1 and 2.

The occupants of the stolen vehicle are yet to be found but police believe they are male teenagers. 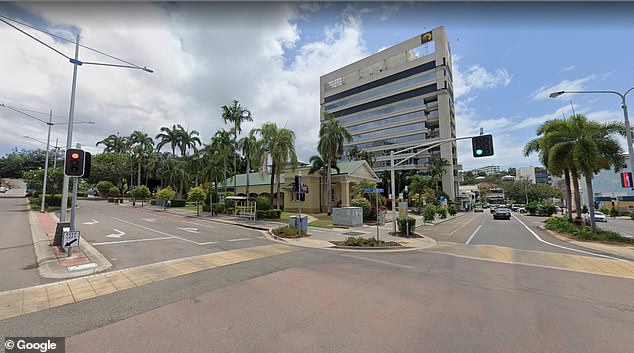 A spokesman for Police Minister Mark Ryan has condemned the incident as  outrageous and completely unacceptable.

‘I know that Townsville police will be relentless in their pursuit of these criminals to ensure that they are caught and brought before the courts so they can be punished,’ the spokesman said.

‘Our thoughts are with the man and his wife, who were the victims of this terrible behaviour.’