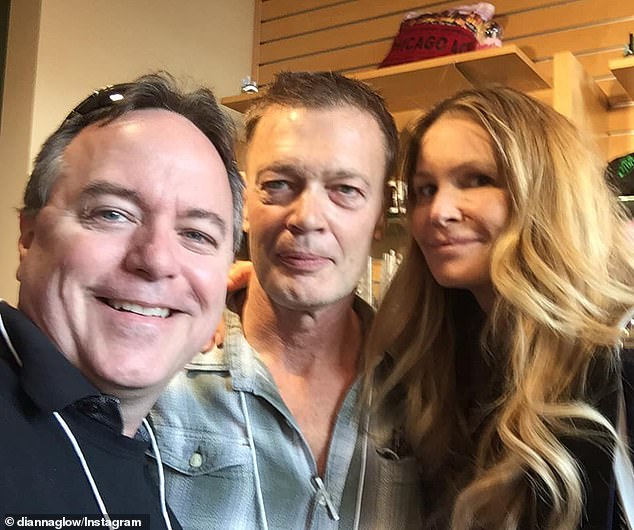 Elle Macpherson’s links to the anti-vaxxer community are getting stronger after the supermodel was filmed making guest appearances at controversial awards nights.

The 56-year-old attended the ‘Doctors Who Rock’ black-tie gala in Florida in 2017 as a ‘special guest’ presenter.

Macpherson was seen handing out awards to prominent anti-vaxxer figures over the course of the night.

Vaxxed, a documentary making baseless claims about the links between autism and measles and mumps vaccines, won the ‘World Changer Mission Award’.

Well known anti-vaxxer and co-producer Del Bigtree was also handed an award at the event.

In 2019, Macpherson again hosted the gala – where she won the ‘Integrative Wellness Award’.

Mr Wakefield’s discredited research linking the MMR jab and autism made him a pariah.

In video footage, she was introduced by Wakefield as ‘Elle Macpherson, my girlfriend’ ahead of a US screening of his installment of anti-vaccination propaganda.

‘Elle was intimately involved in the making of this film,’ he said in front of an audience in North Carolina.

Macpherson responded: ‘You made this film during Covid, and it’s interesting because it’s such beautiful, sacred timing when you watch the film, because it’s so pertinent and so relevant… And for it to come in this divine time where vaccination and mandatory vaccination is on everybody’s lips.’

Wakefield, originally from Berkshire, was struck off the medical register in 2010 after his research showing the supposed link between the MMR jabs and autism was exposed as an ‘elaborate fraud’.

His false claims led to a downturn in vaccination among children and renewed measles outbreaks.

In 2019, Macpherson again hosted the gala – where she won the ‘Integrative Wellness Award’

He moved to the US and reinvented himself as a filmmaker and campaigner, and in recent months has seized on paranoia owing to the coronavirus pandemic to spread conspiracy theories around vaccination.

Wakefield has dismissed the coronavirus as what he calls ‘WuFlu’, after the city of Wuhan in China, where the pandemic began.

Wakefield and Macpherson were first linked in 2018 when pictures emerged of them kissing at a Miami street market, shortly after he split from his wife of 30 years, who had stood by him throughout the MMR scandal.

Despite being ostracised by the medical community in Britain, Wakefield has become something of a minor celebrity in the States.