A Liberal candidate has broken her silence after the party leader stood in front of her to stop her from answering questions about her husband’s homophobic views.

Mrs Markham was speaking about working as an intensive care nurse when she was asked about her husband Pastor Campbell Markham’s public comments on homosexuals and women. 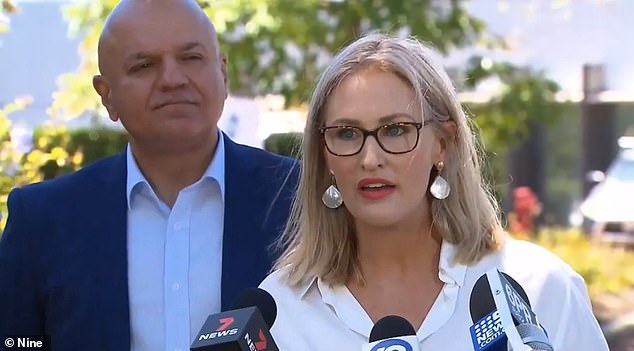 Pictured: Amanda-Sue Markham speaking to reporters about being an intensive care nurse

‘Your husband’s made some pretty extreme comments about homosexuality in terms of having homosexuals cleansed and healed. Is that your view?’ the reporter asked.

Before she could respond, Mr Kirkup stepped in to deflect the question.

‘I think that it’s important we continue to talk about the critical strategic and manufacturing fund we’ve announced here today,’ Mr Kirkup said.

When asked about why Mrs Markham couldn’t speak for herself, he insisted the the topic not deviate from the multi million-dollar deal. 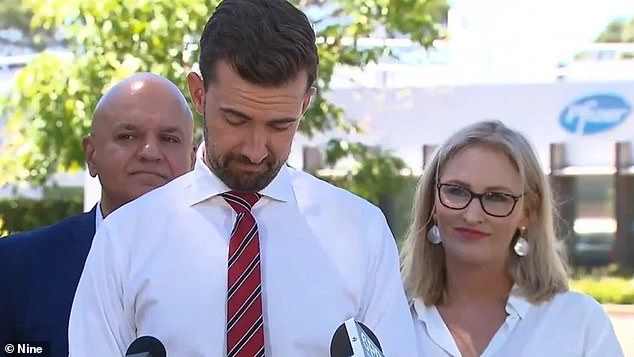 Pictured: The moment Zak Kirkup stood in front of Mrs Markham to shield her from questions about her husband

‘She just came off night shift and getting out there amongst the community, we’re here today to talk about the critical manufacturing and strategic fund to make sure we can help make sure WA is as resilient as possible into the future,’ he said.

Mr Markham’s controversial opinions made headlines in 2016 when his wife ran for the Liberals in Tasmania and helped oppose the legalisation of abortion in the state.

He has publicly described homosexuality as ‘sinful’, ‘shameful’ and ‘degrading’ in personal blogs.

In his 2015 self-published book Who Should I Marry?, he said a Christian woman ‘will only marry a man who can lead her’ and a Christian man will ‘only marry a woman to submit to her husband’. 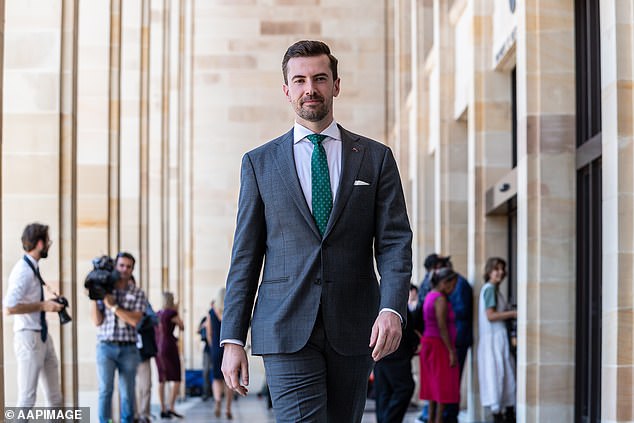 Mr Markham also suggested people who look at pornography ‘cancel and rip out your internet connection, smash your laptop and smartphone’ to avoid ‘misery now’ and hell after death.

Mrs Markham finally broke her silence this weekend, but refused to say whether she supports her husband’s views and claimed her faith should not be an issue in the election.

‘As a candidate, I should be considered on my own merit as a woman,’ Mrs Markham said, according to the West Australian.

‘I know there are many people who don’t share my religion, but I don’t believe my faith – which I have never sought to make an election issue – should be the subject of constant interrogation by the media.’

Mrs Markham said she was ‘more than capable of forming my own views’ and said she was a ‘passionate member of the community’.

Mr Kirkup later held a second press conference where he argued candidates are not responsible for comments made by family members. 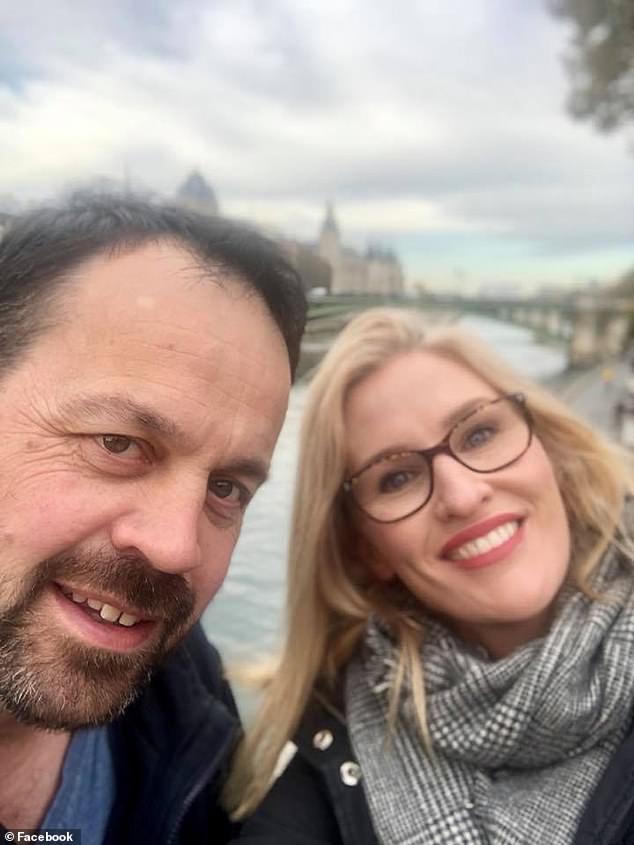 ‘I have to make the point though that [those comments were] made by a third party and not by a Liberal Party candidate and they absolutely do not represent the Liberal Party’s views,’ he said.

‘Ultimately, more than anything, I just want to make it very clear the comments made there I’m not in any way in support of.’

When he was again asked why Mrs Markham couldn’t answer the questions herself, Mr Kirkup said he was speaking on behalf of the party.

‘The views expressed by the man (Mr Markham) I saw on the TV last night obviously are completely unacceptable and pretty disgraceful, so I just want to put that on the record,’ he said.

She said she believes in freedom of religion.