Who’s the real Hermione? Emma Watson lookalike is so similar to the actress that even her MOTHER struggles to tell them apart in photos

An Emma Watson lookalike claims she looks so much like the actress that even her mother struggles to tell them apart in photos.

Kari Lewis, 31, from Zionsville, Indiana, was first compared to Watson, 30, in 2001, following the release of the first Harry Potter film.

Although she has a day job as an instructional assistant, Kari earns extra money by dressing up as Hermione Granger and Watson’s character Belle from Beauty and the Beast. 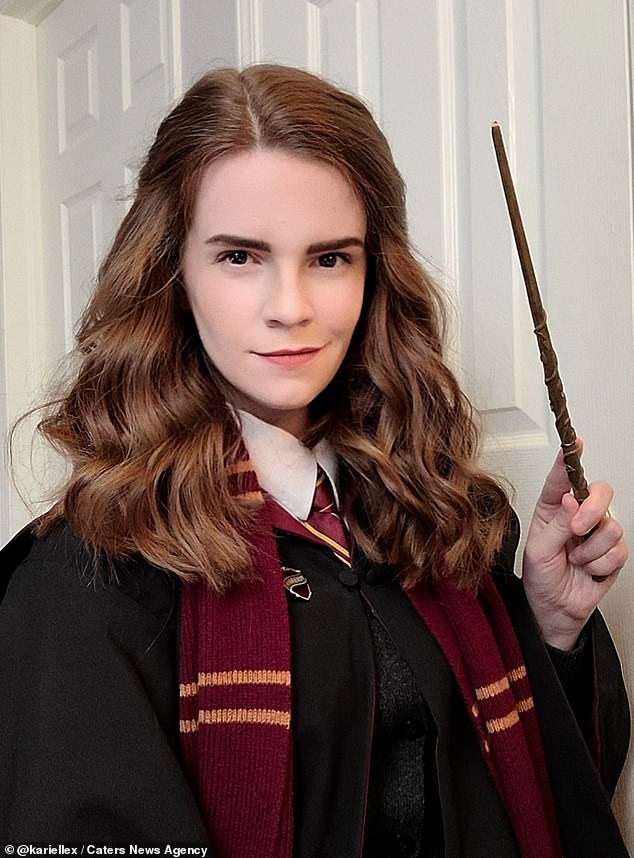 Emma Watson lookalike Kari Lewis, pictured, claims she looks so much like Harry Potter actress Emma Watson that even her mother struggles to tell them apart in photos 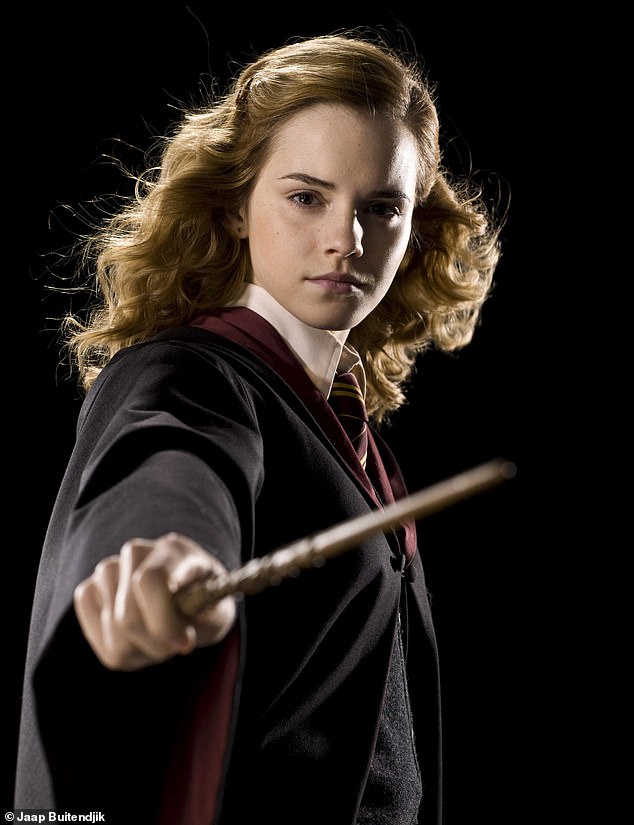 She also recreates ‘Time Turner Hermione’ from the franchise’s third film Harry Potter and the Prisoner of Azkaban. Pictured, Emma Watson in the film (left) and Kari in costume (right)

‘My mom says she can really see the resemblance’, said Kari. ‘She sometimes sees a photo of Emma Watson and thinks it’s me.

‘When I worked at a restaurant, I would constantly get comments from customers who couldn’t believe the resemblance.

‘It’s fun seeing their reaction; I understand why people think I look like her.’

Kari had never seen the fantasy franchise when she was first compared to the actress on a visit to the post office shortly after the release of Harry Potter and the Philosopher’s Stone. 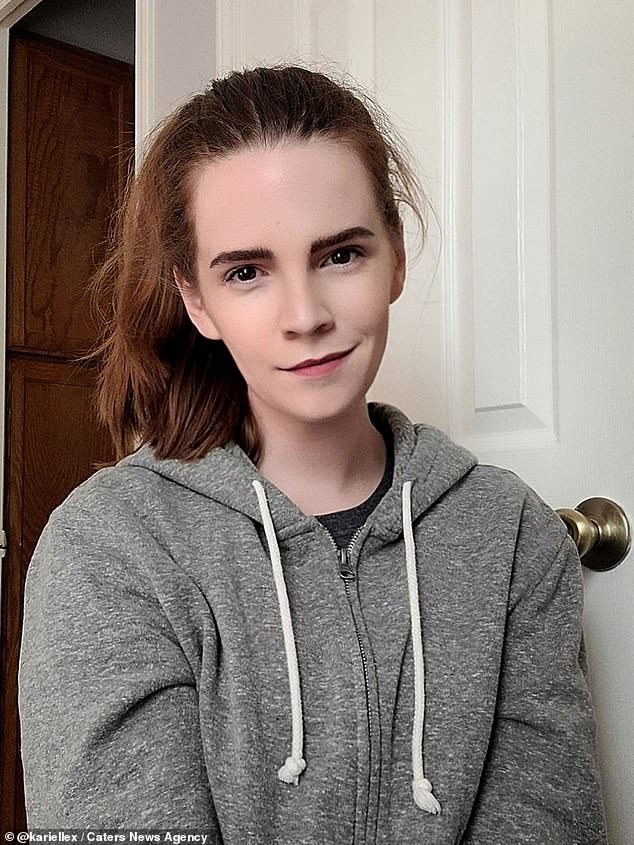 Mother-of-one Kari Lewis, 31, from Zionsville, Indiana has an uncanny resemblance to the actress. Pictured, Kari dressed down in a hoodie 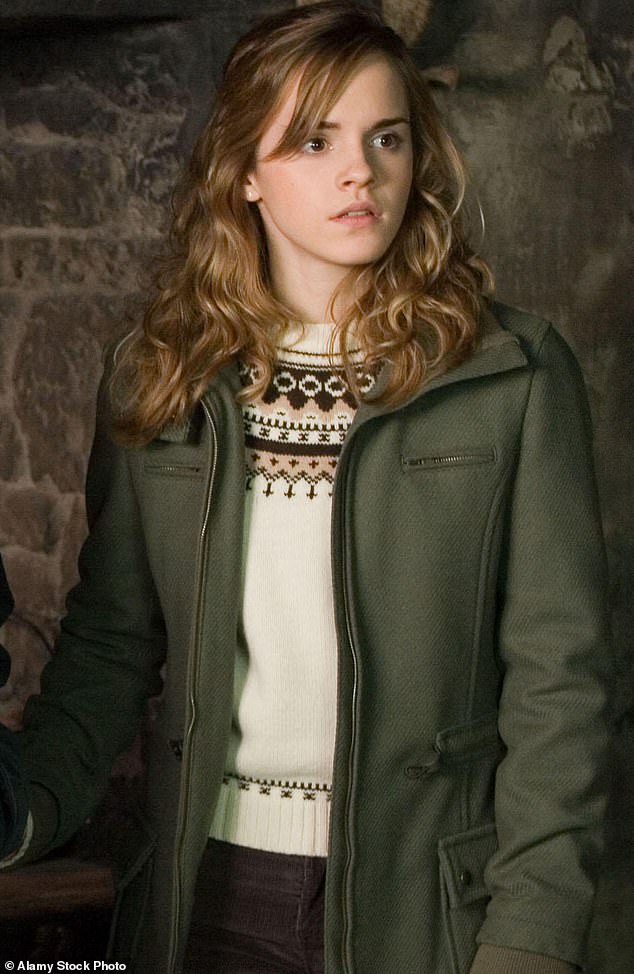 Pictured, Emma Watson as Hermione Granger in Harry Potter and the Order of the Phoenix 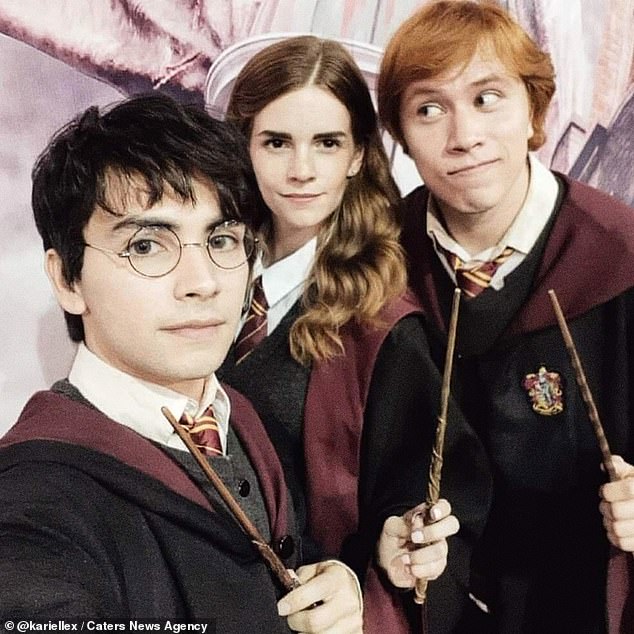 She works as an instructional assistant by day, but in her free time earns extra money Cosplaying Hermione Granger. Kari is pictured with Harry Potter and Ron Weasley lookalikes 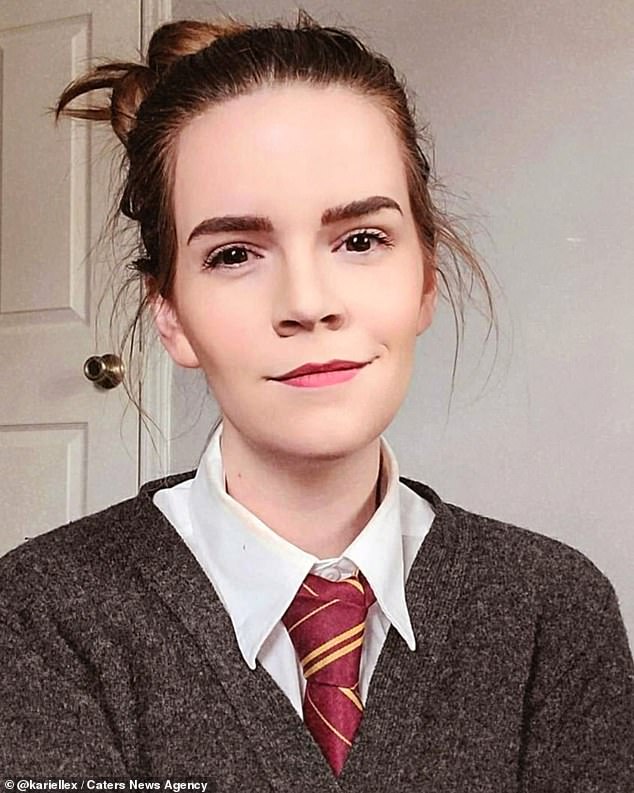 Now Kari, pictured, who boasts 32.1k followers on Instagram, has gained a loyal fan following dressing up as Watson at events across the UK to earn an extra income 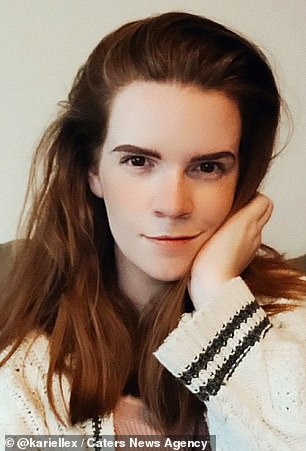 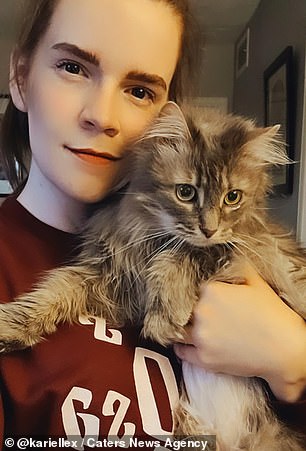 Kari was first compared to Watson, 30, at the age of 12 after the release of the first Harry Potter film in 2001. Pictured, Kari posing for social media snaps

‘It all started when the first film was released’, she said. ‘I went out to the Post Office to post a letter for my mum and a couple of girls called me Hermione.

‘I had never heard of the name so I went home and researched it and realized that I did look like her.’

‘I started getting really into the films and books and became a big fan of Harry Potter.’

Now, Kari, who boasts 32,200 followers on Instagram, has gained a loyal fan following dressing up as Watson at events across the UK to earn an extra income. 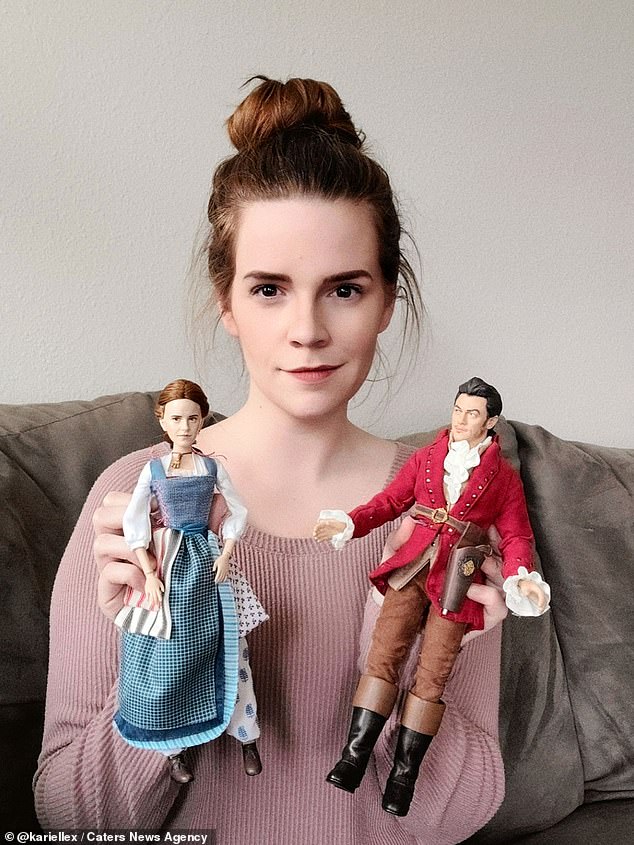 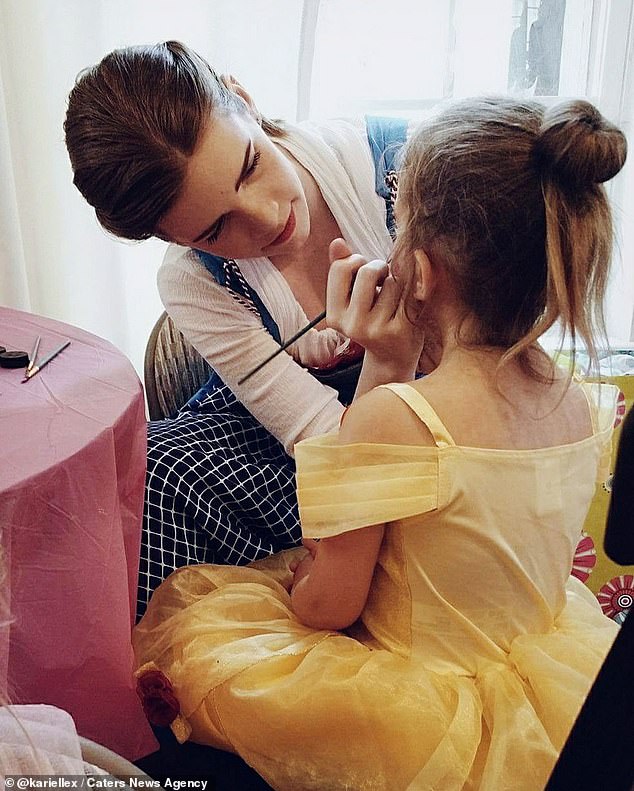 She also recreates ‘Time Turner Hermione’ from the franchise’s third film Harry Potter and the Prisoner of Azkaban, with a look including a recreation of Hermione’s famous Time-Turner.

She said: ‘A lot of convention organizers have found my pictures and hired me to play Hermione as a cosplayer.

‘Seeing people’s reactions at this event are amazing because they are always so shocked’.