Gareth Southgate’s team is very big on nicknames. The Stockport Iniesta. The Yorkshire Pirlo. What was missing at Wembley last night, though, was the 1996 Paul Gascoigne. A player who used his incredible talent to elevate England above Scotland the last time these nations met in a major international competition.

England almost certainly now have the points to qualify for the last 16. It is more than possible they win the group by beating Czech Republic here on Tuesday. But, make no mistake, this was a chastening night for Southgate and his men. The optimism from the Croatian win has been roundly challenged. There are problems. Harry Kane did not fire, again.

His 19 touches were the lowest number in any international in which he has played more than 45 minutes. The midfield looked uninspiring, not least the pairing of Kalvin Phillips and Declan Rice, so impressive five days ago. Most worryingly, if Scotland had better finishers they might have won. Having looked more than the sum of their parts in Russia, England were reduced again. At the end, Scotland celebrated as if they had won. Having so badly shaken the English sense of supremacy, maybe they did. England, indeed, should be thinking again. 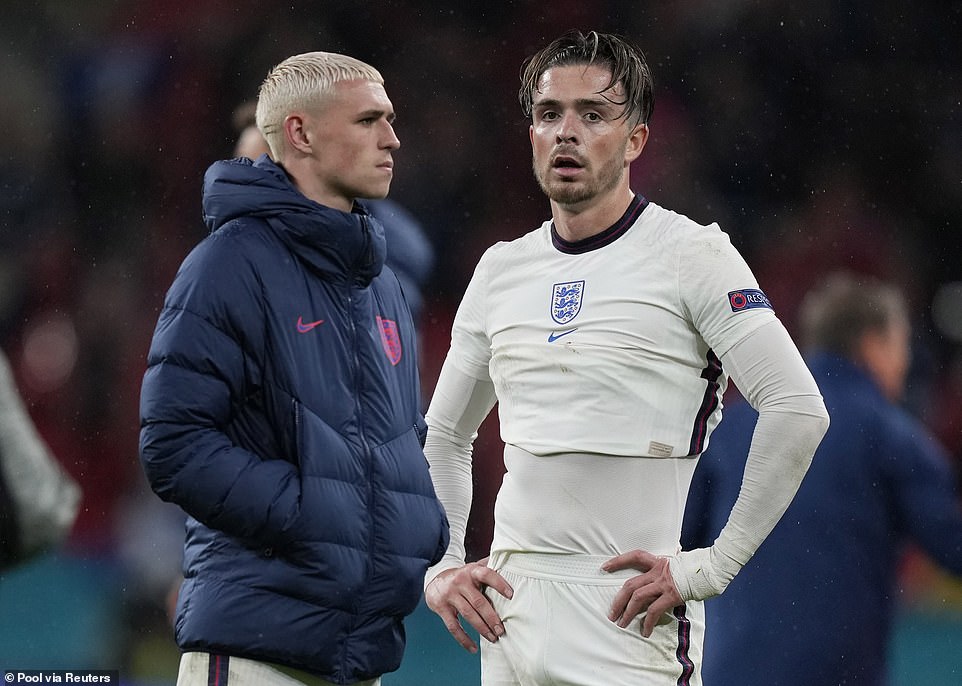 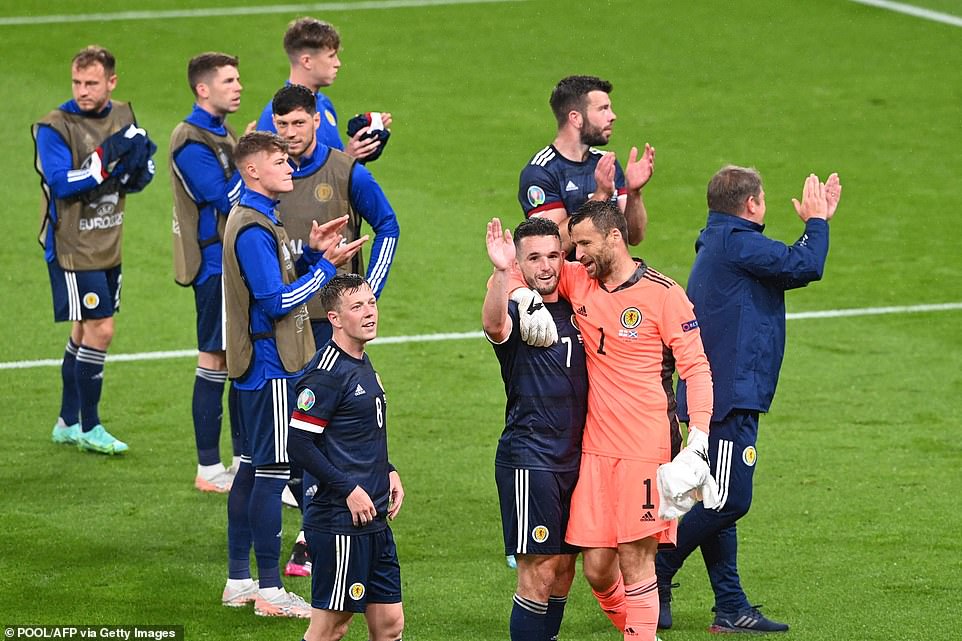 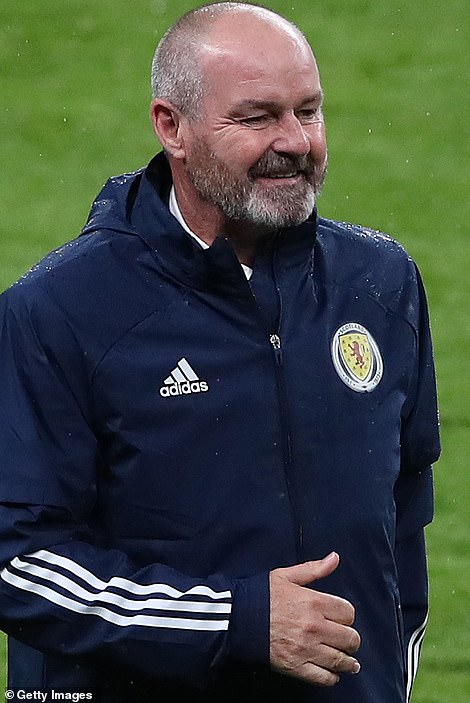 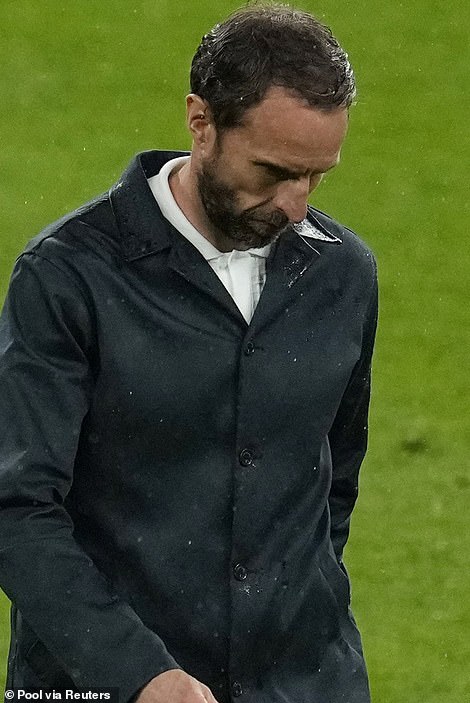 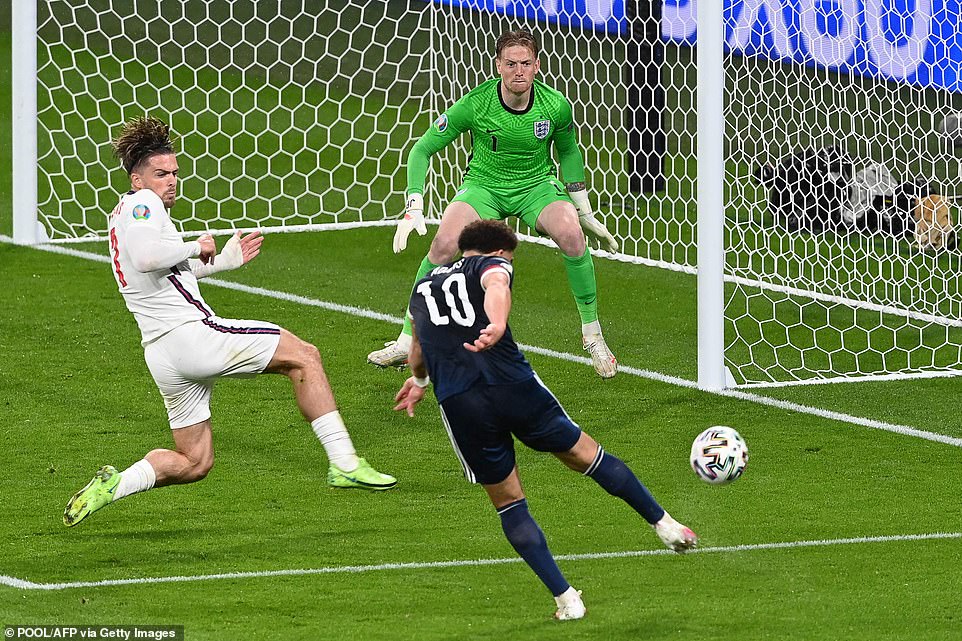 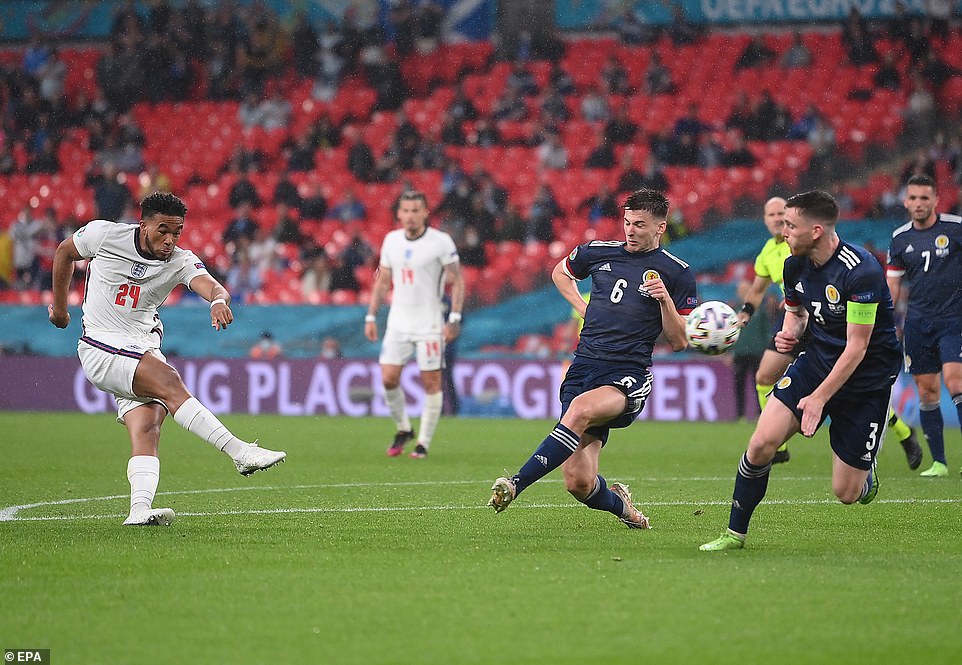 England trail the Czech Republic in the group

From the scoreline, it would be easy to dismiss this as one of those random derby encounters, except Scotland did not play in that gung-ho, underdog way. They worked hard, good Lord they did. But the best player on the field was their young midfielder Billy Gilmour, starting his first competitive game, and only removed after 76 minutes because he had run and passed himself to a standstill.

And they created chances, some very good ones, too. A Lyndon Dykes header after 62 minutes was cleared off the line by Reece James – closer than England ever got. Most of all, they handled England’s forwards, all that pressure, all that skill, with certainty. It was comfortably kept at arm’s length. When Southgate introduced Jack Grealish after 63 minutes his arrival was cheered to the rafters, offering the hope of match-winning presence. Equally, when he removed Kane 11 minutes later. Short memories, some people, but it cannot be argued that the captain played well.

So what must be conceded is that England fell short. David Marshall made one real save, from a shot by Mason Mount after 48 minutes, meaning Jordan Pickford saw more action. Equally the midfield partnership of Rice and Phillips failed to spark as it did against Croatia, dismissed by Graeme Souness as peas in a pod. Steve Clarke set his team up smartly and England were stifled. Rice and Phillips appeared conservative. When England got on the ball they did little with it. It was a performance lacking imagination which, for a roster with this talent, is criminal. 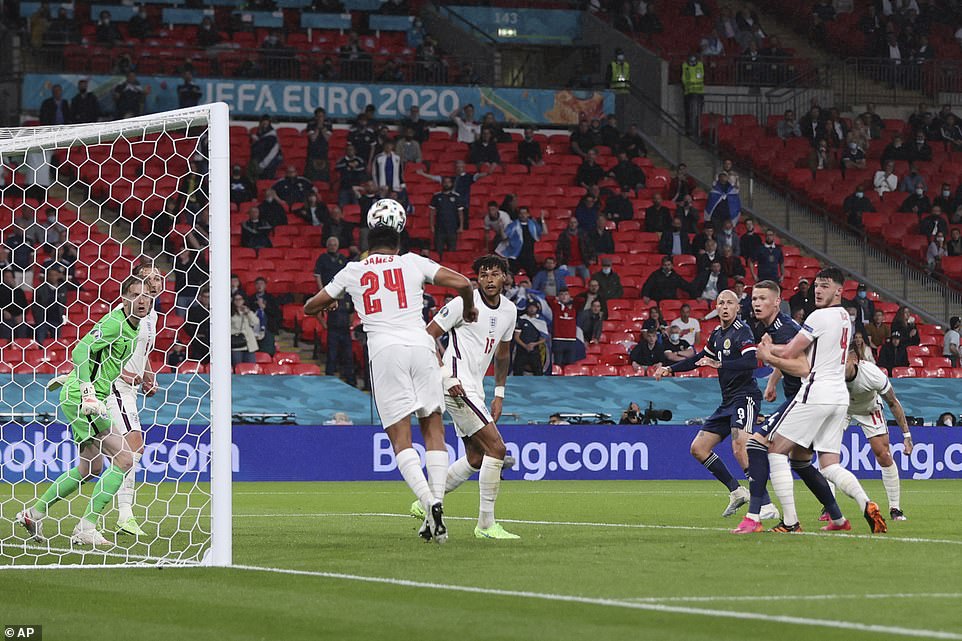 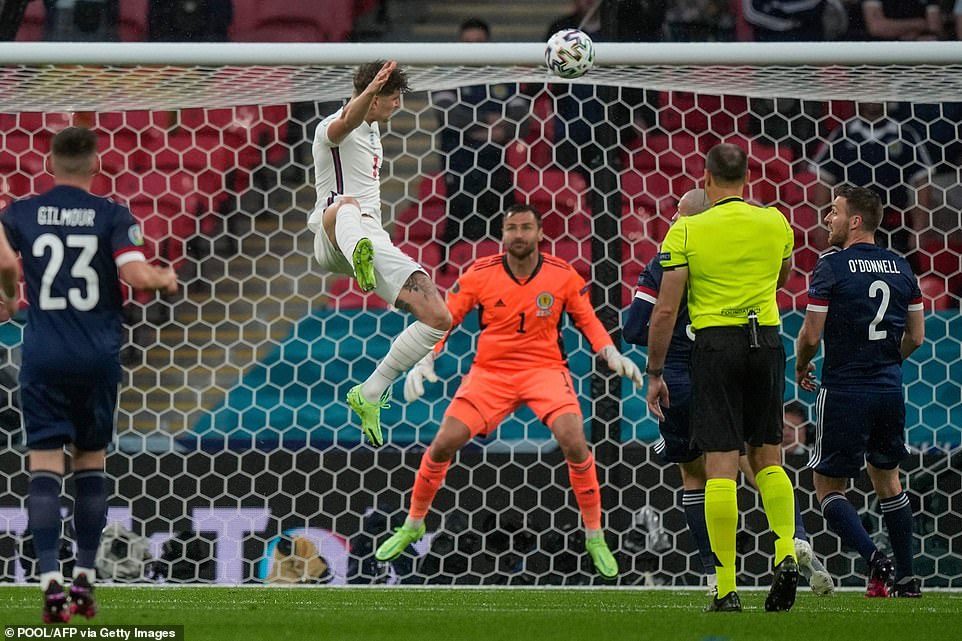 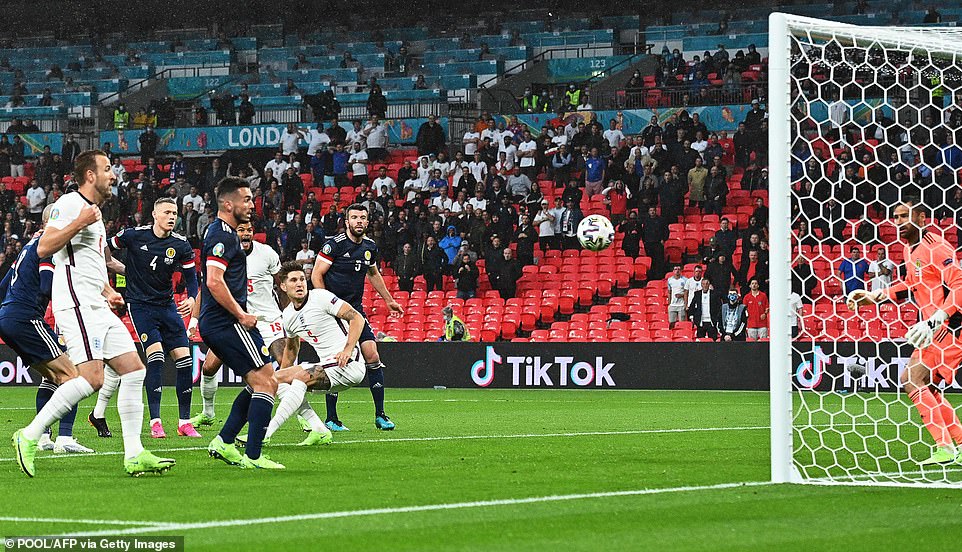 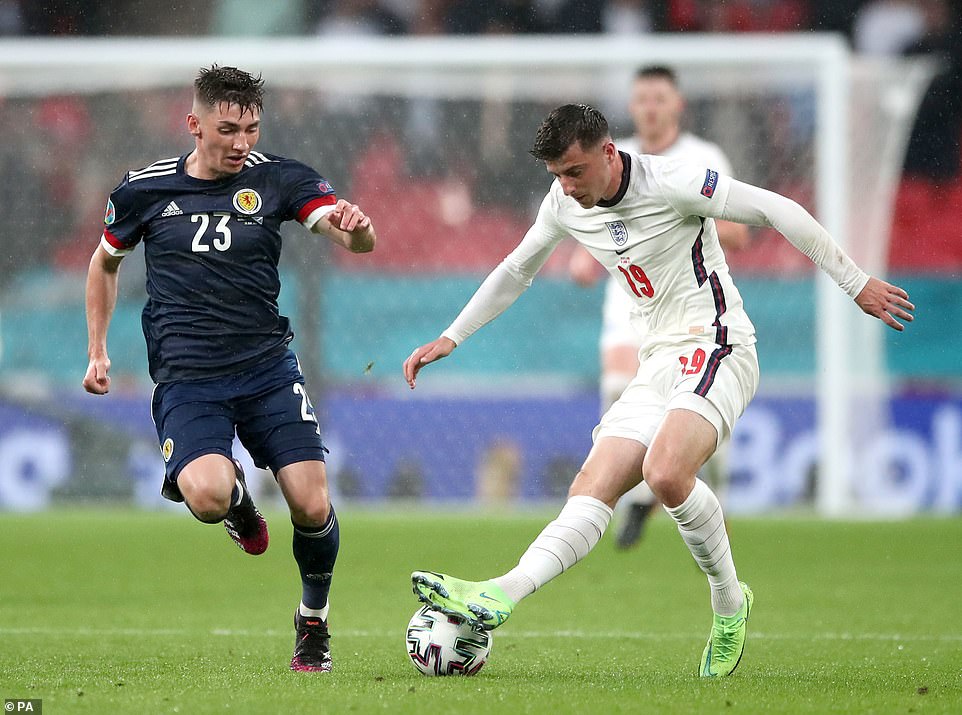 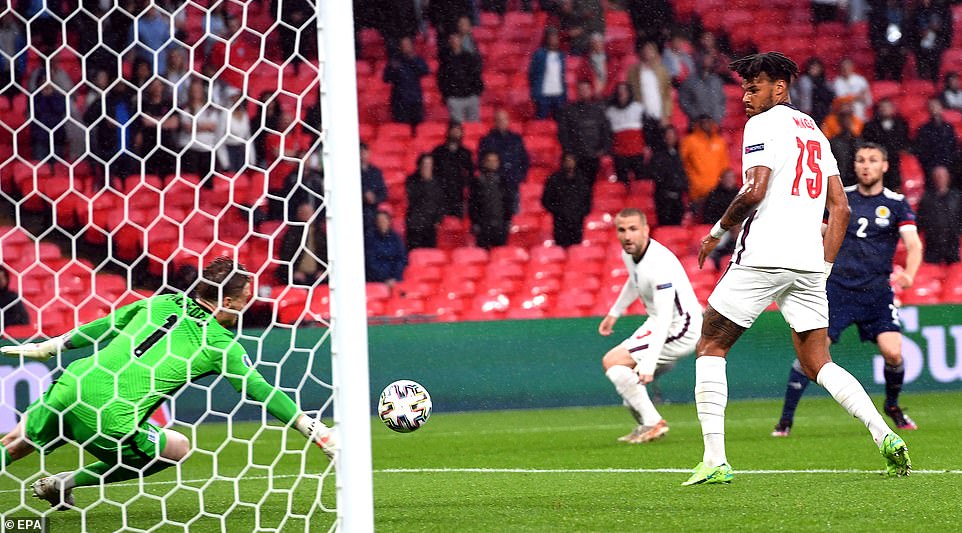 In the European Championship and World Cup, no team has ever failed to progress in the format in which 24 teams become 16, having collected four points. England have that already. Beat Czech Republic on Tuesday and they will win the group; draw and they might even come second and fluke an easier last 16 path.

Yet nobody can pretend that was the plan. The idea was to sweep Scotland aside and sweep imperiously into the knock-out stages brimming with confidence and ready to face the best teams on the continent – as happened when these teams met in 1996, their only previous fixture at a major championship. To be fair, England started slowly that day, too, and could have gone behind. Snap.

Nothing quite as obvious as the penalty missed by Gary McAllister 25 years ago, but there was enough going on in and around Pickford’s goalmouth to trouble the hosts. Scotland had far more about them than Croatia last Sunday and in Gilmour they had a midfield player bossing the game as expertly as Phillips did previously for England.

Nobody was expecting cat and mouse, even so, to see Luke Shaw flattened by a challenge from Dykes within ten seconds of the start – fairly, mind, he took a blow to the hip, no foul – came as something of a surprise. This wasn’t a dirty game, though, until Stephen O’Donnell grew impatient with being teased by Jack Grealish, ball at his feet, and took him out late in the second-half. Yet, for the most part, Scotland did a lot more than meet England with mere aggression and pride.

Clarke is an impressive coach, Gilmour was an impressive selection and Scotland found a way to get behind England’s full-backs on several occasions. With more of a cutting edge in front of goal they could have made it count. What they would give for Kenny Dalglish now – or even a Duncan Ferguson. 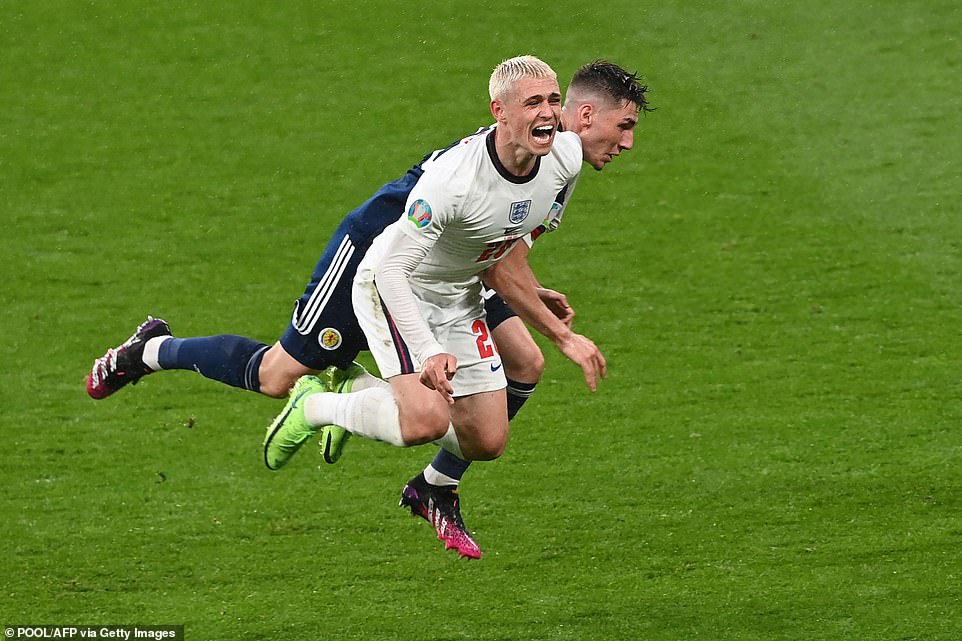 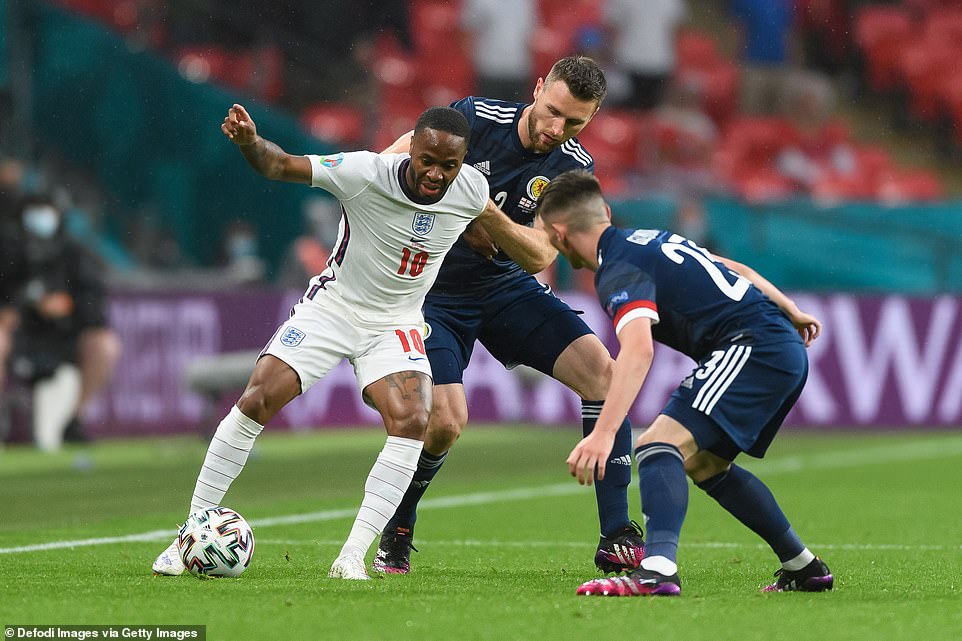 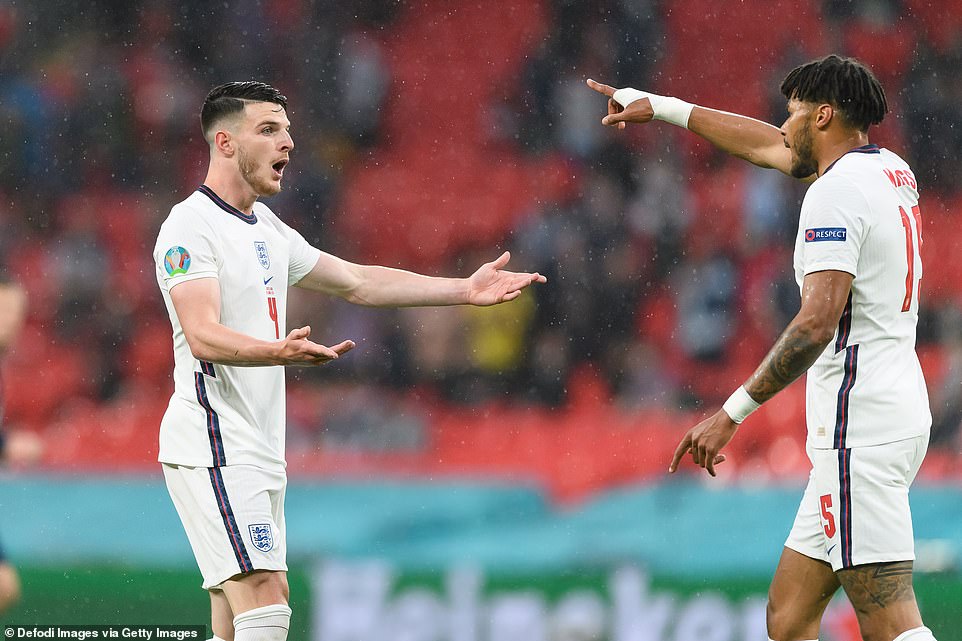 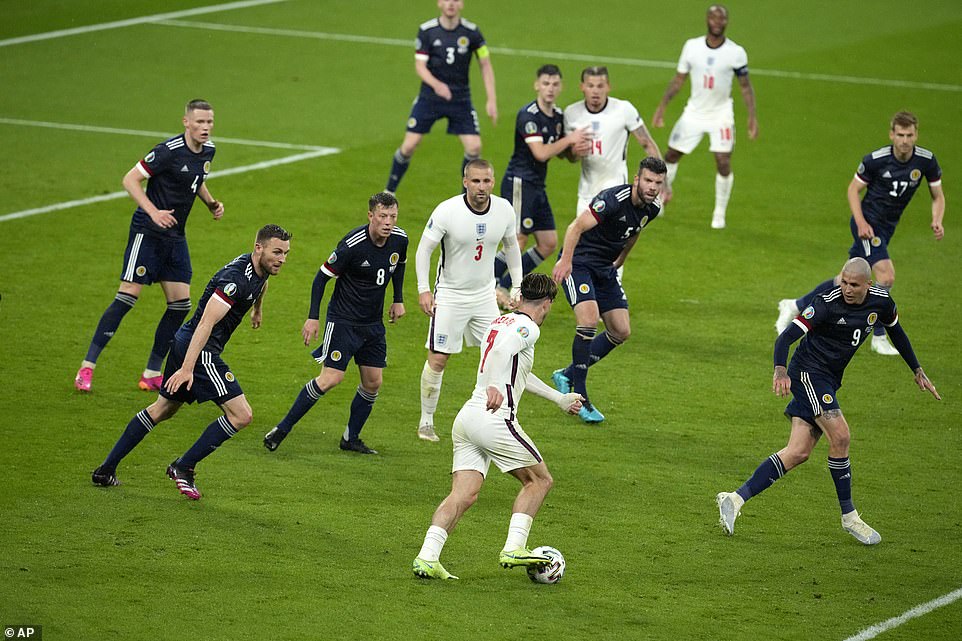 After just four minutes right wing-back O’Donnell popped up with an excellent cross that fell to Che Adams, but the Southampton man scuffed his shot which was blocked before it could trouble Pickford. Later, on the opposite flank, Andrew Robertson found space and crossed deep for O’Donnell to meet it, his shot forcing an excellent save, Pickford’s best of the tournament so far. The loose ball fell to Adams, but in a rush he could not get his header on target.

Yet this was better than expected from Scotland, not least because Clarke’s men did not approach the game in the harum-scarum manner of second-raters. England had chances, of course, but were not allowed to dictate the play as hoped. Phil Foden may have styled his hair like Gascoigne but there is a difference between looking like the man and playing like him.

Gascoigne was arguably the best player in the world in 1990; he scored one of England’s greatest goals in 1996; he ran the midfield in Rome when England drew there to qualify for the World Cup in 1997. He was more than just an image.

And yes, Foden reminds of him in flashes. But England needed that player who will seize the moment, seize the game and nothing would come. It was Foden who made way for Grealish just after the hour. The fans did not like that – they seemed to want Raheem Sterling off, as always – but Foden was not the influence he should have been. There was lovely work between him and James after 11 minutes, ending with Mount hitting a shot, deflected wide, but these were glimpses, not a consistent pattern. 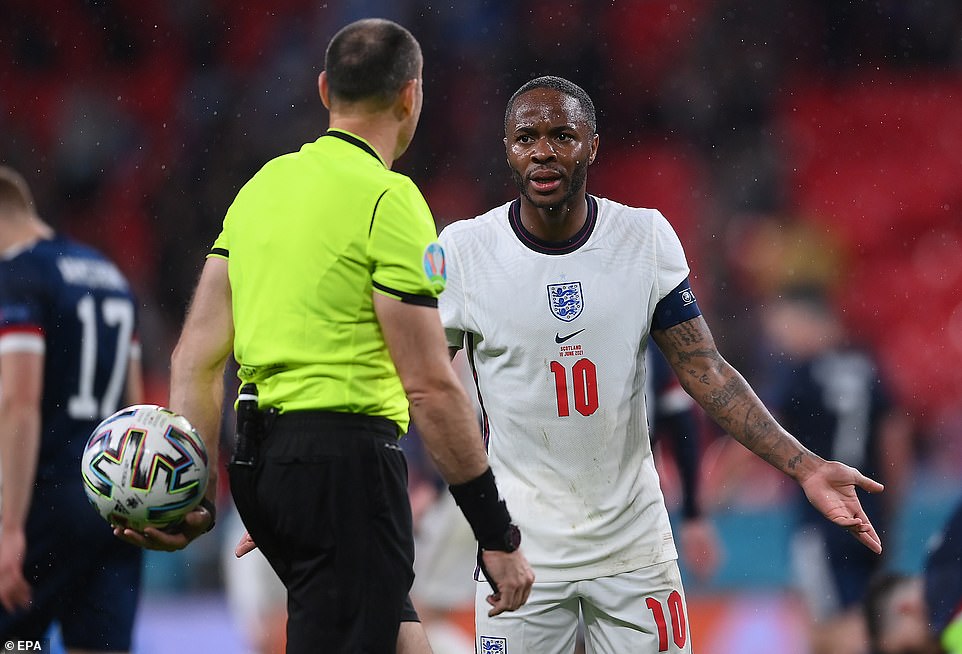 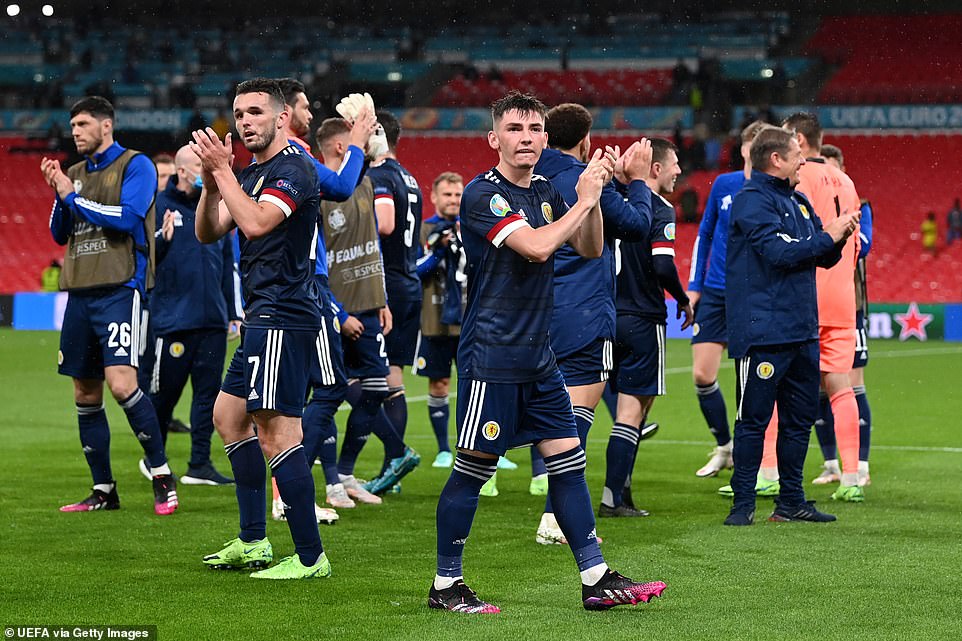 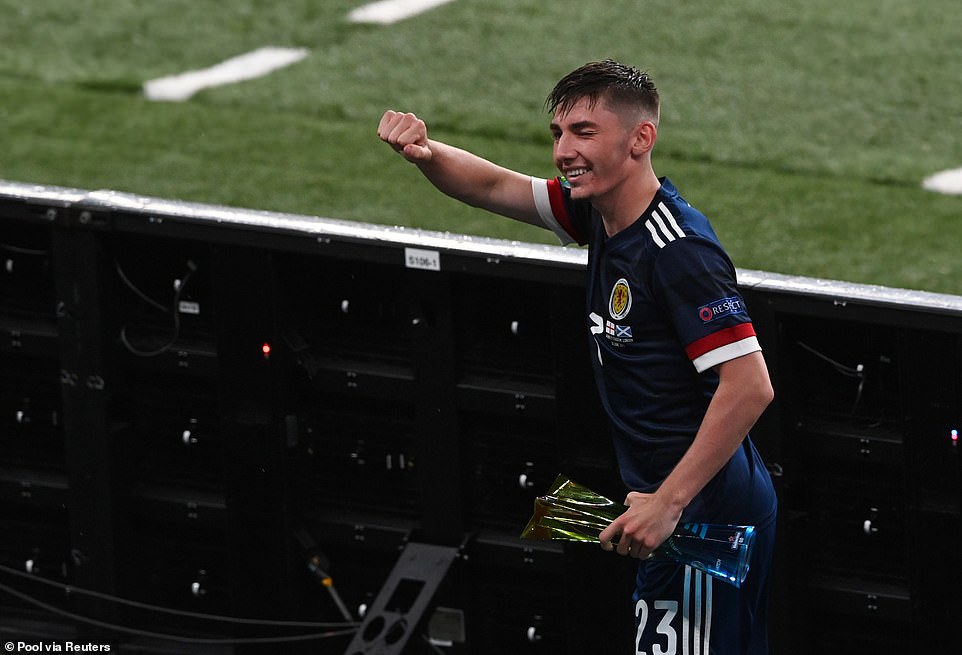 From the corner, John Stones rose higher than any defender, but powered his header against a post. Yes, it was a mighty jump, yes it was an inch or so away from being perfect, but he really should have done better, given the space.

A minute later, Sterling fed Mount, who missed at the near post, and a Kane header from James’ cross went wide after 29 minutes, but England were never really dominant. Worse, that header was Kane’s first touch in Scotland’s penalty area. With 28 minutes gone, he had touched the ball just seven times in all areas of the pitch.

Second-half, England no doubt hoped to prey on tiring Scottish legs but there was little sign of that and a restlessness grew in the stadium, a feeling that the hosts needed invention. Cameras panned to Grealish on the substitutes bench.

Might he ignite the spark? Instead Kane came wide to the left and played a lovely ball in to James, who shot wastefully over. Would that have ended more happily, Grealish to Kane? The Aston Villa man was warming up as Kane won a free-kick, which Foden took to little effect. Very soon, the hoped-for change was made, but Grealish couldn’t make the headway either. It is easy to say he should have started, but England played well against Croatia. It will be harder to resist him, after this.