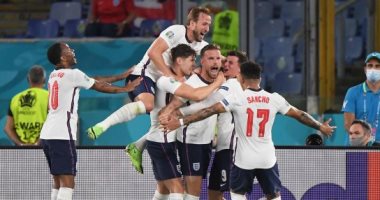 England will visit Hungary at 9:15 pm today, Thursday, at the Puskas Arena, as part of the fourth round of Group 9 of the European qualifiers for the 2022 World Cup.

England is at the top of Group I with 9 points from winning 3 matches, while Hungary is in second place with 7 points from two wins and a draw.

Andorra and San Marino will meet in the same group today, while Poland will host Albania.

The England squad included Tottenham Hotspur striker Harry Kane, and Liverpool right-back Trent Alexander-Arnold, who was excluded from the last European Nations “Euro 2020” due to injury..

The England team, led by coach Gareth Southgate, seeks to continue the victories in the group, in order to settle the qualification early for the World Cup 2020, especially after the impressive level in which the Three Lions team appears in the Euro, and their rise to the final match, before losing to the Italian team on penalties.

As for the Hungarian team, it appeared at a good level in the last “Euro 2020”, and presented wonderful confrontations, represented by a draw against the French and German teams.

How to protect yourself from blood clots during pregnancy.. Know the symptoms and prevention methods