England manager Gareth Southgate is facing a fight to maintain harmony among his players as he prepares to name an extended squad on Thursday.

Southgate will announce his squad for the forthcoming games against Republic of Ireland, Belgium and Iceland and is likely to call up more than the usual 23 players. 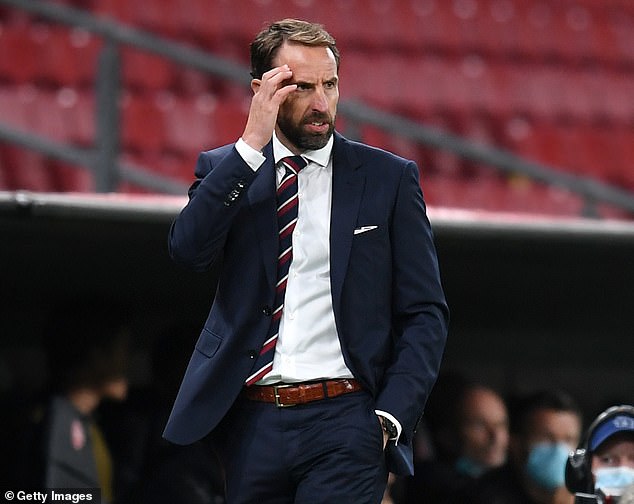 All available players were involved in either the starting XI or as substitutes for the friendly win against Wales, but some were sidelined for the Nations League fixtures because UEFA rules state teams can only name 12 substitutes.

A number of players were said to be deeply frustrated at their lack of involvement.

After a friendly at home against Ireland a week today, England travel to Belgium for their crucial Nations League fixture a week on Sunday.

That means some players will travel to Leuven and will not be involved and others will stay behind at St George’s Park. 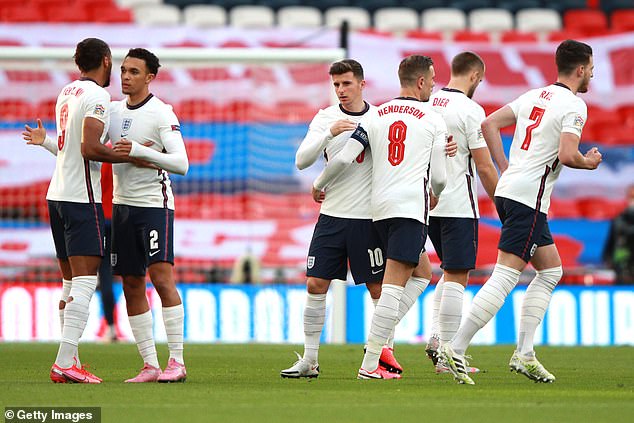 Southgate’s ability to cultivate a strong team bond has been key to England’s resurgence. But having to sideline players during an international camp is an issue the 50-year-old must cope with as he prepares for the last England fixtures before March.

Southgate is expected to play a significantly weakened side against the Irish at Wembley as he prioritises the matches against Belgium and Iceland.

And Tottenham boss Jose Mourinho — as he did ahead of the previous international break — has called on Southgate to rest his players in the friendly against Ireland.

‘I thought with Nations Cup, no more friendly matches but there are still friendlies to play which I don’t understand,’ said the Portuguese. 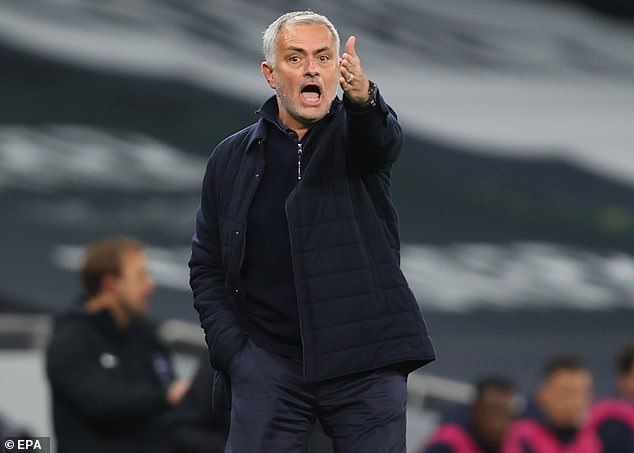 Southgate has been under pressure from managers, namely Jose Mourinho, to rest players

‘To win international qualification matches or even the Nations Cup, which is a secondary competition, I will never be critical of any manager who wants to play with their best players but for the friendly matches they have to think about the player, make a difference between the players who play Saturday and Sunday.

‘We play Thursday and Sunday. If you ask if I expect my players to be rested in friendly matches, I’m not expecting it but I’d love that.’

Reece James will miss the games against Belgium and Iceland after it emerged yesterday that he must serve a two-match suspension.

The 20-year-old Chelsea defender was shown a straight red card for dissent after the defeat by Denmark last month following a heated exchange with the referee.

It remains to be seen whether Southgate calls up James — who is available to play against Ireland — given he cannot feature in either of England’s competitive fixtures.

UEFA have also confirmed that Harry Maguire has been suspended for one match after he was sent off for two bookings against Denmark.

Meanwhile, UEFA insist they are still expecting to host the European Championship in 12 countries as planned next summer but have opened the door to changes.

‘Decisions that run counter to that (12 nations) plan could be made much nearer the time if necessary, but there are presently no plans to change any venue,’ UEFA said in a statement.