By Adam Shergold and Richard Gibson For Mailonline

Ben Stokes could be in Indian Premier League action in just over a week after flying to the United Arab Emirates to hook up with Rajasthan Royals.

The 29-year-old posted a photograph of himself with his dad and older brother James in an airport departure lounge on Instagram, captioned ‘goodbyes never get easier.’

Stokes has not played since England’s first Test match victory over Pakistan in Manchester in early August, after being granted compassionate leave to be with his ill father Ged, who recently revealed he has brain cancer. 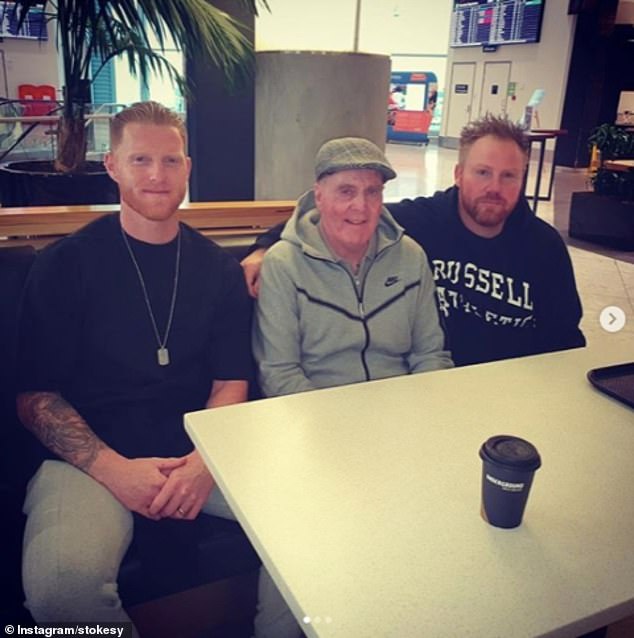 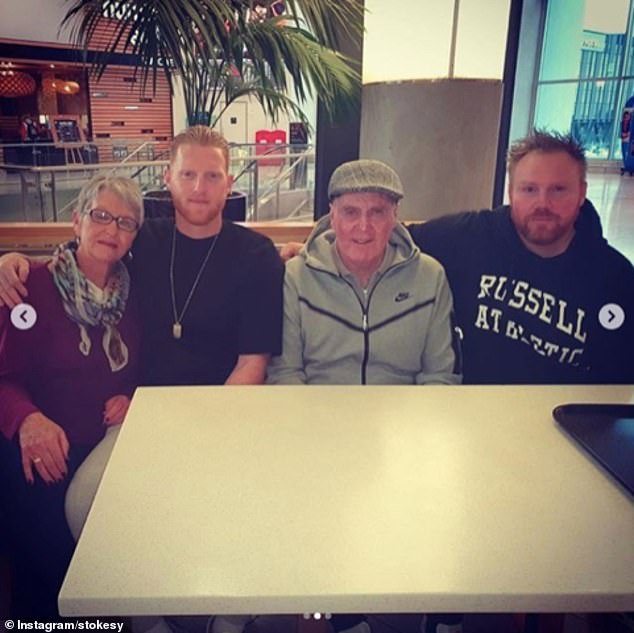 Stokes posted this Instagram picture with mum Deborah (left), father Ged (second right) and brother James (right) as he prepared to head to the IPL 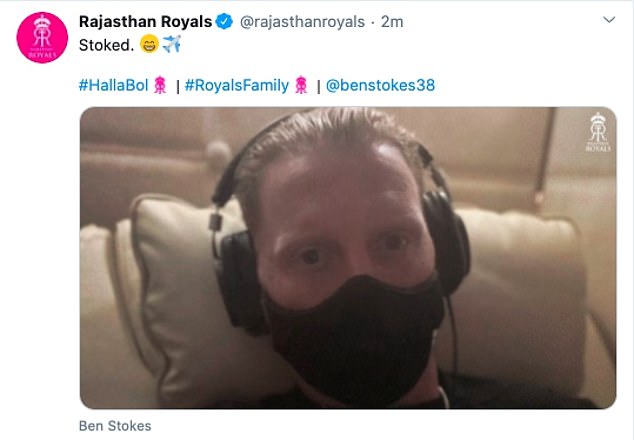 He has remained with family in New Zealand since, missing England’s Twenty20 internationals against Pakistan plus the two white-ball series against Australia.

Rajasthan told their £1.4million-a-season star to take his time in returning to cricket but he now appears on course to make the seventh of their 14 group games, against Sunrisers Hyderabad in Sharjah a week tomorrow. 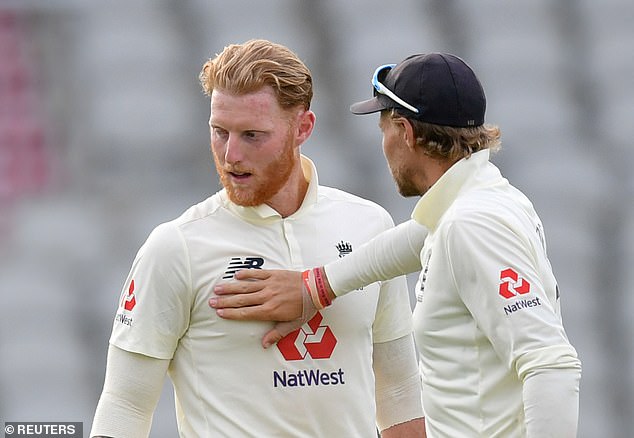 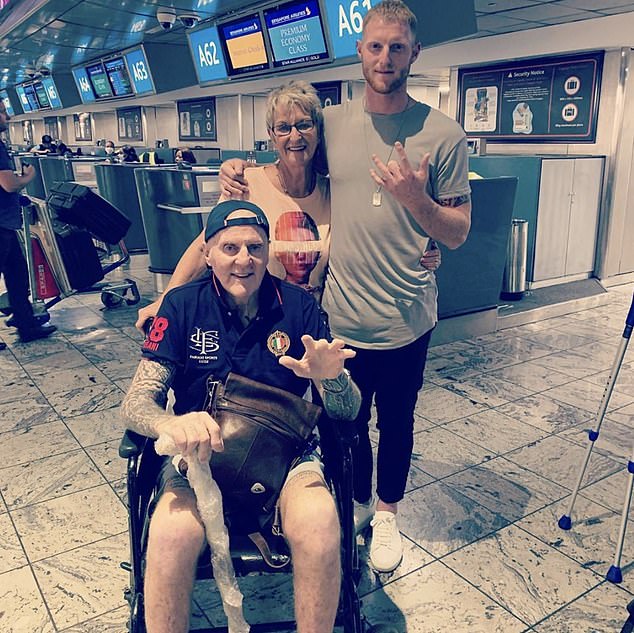 He has been keeping up his fitness at Sydenham Cricket Club, his first team in New Zealand.

Ged, 64, a former rugby league player and coach, was first diagnosed with brain cancer in January after returning to Christchurch from South Africa where he watched his son play for England.

He had spent five weeks seriously ill in hospital in Johannesburg.

Stokes senior told the New Zealand Herald: ‘They had to assess how I travelled and from that they discovered I had a couple of tumours on my brain.

‘So, basically brain cancer. How that came about nobody knows but obviously I’ve had a few bangs on my head through my life so that’s probably contributed to it.’ 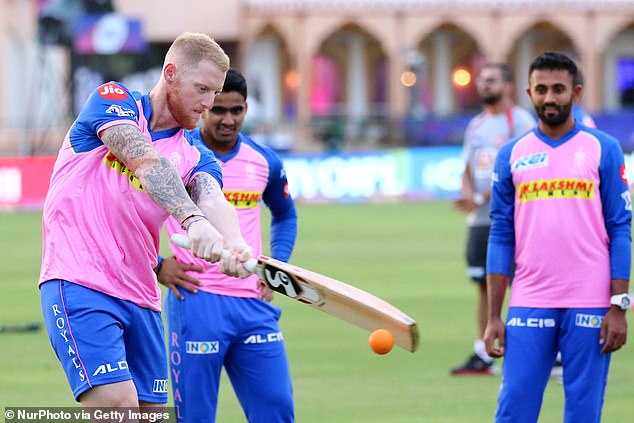 ‘I didn’t sleep for a week and my head wasn’t really in it,’ he said.

‘Leaving [the team] was the right choice from a mental point of view.’

The Royals also play next Friday against Delhi but as per the IPL’s Covid-19 regulations, players coming from outside ‘cricket bubbles’ overseas must self-isolate for six days and return three negative coronavirus tests.

As he is scheduled to arrive in the early hours of Sunday morning, it appears that time frame will delay his availability for selection until the October 11 fixture.

Stokes was named the IPL’s most valuable player in helping Pune to the runners-up spot in 2017 and will be determined to help a Royals team also featuring fellow England internationals Jos Buttler, Jofra Archer and Tom Curran into the latter stages of this year’s competition.

If you do a diet, don’t starve yourself.. Make sure you have a healthy and balanced diet and play sports

Bucket of coins The wages of an Irish restaurant worker after he was fired.. I know why

GRM Daily is the 'core and centre' of black British music, says its founder