England suffered another pre-Ashes injury blow on Saturday when Olly Stone was ruled out for the season with a third stress fracture of the back of his career.

The damage has ruled out Stone for the summer and has directly led to a maiden one-day call-up for for Sussex’s George Garton.

Stone, who broke down after bowling 25 overs in the defeat to New Zealand at Edgbaston last week, joins Jofra Archer, Saqib Mahmood and Reece Topley on the sidelines. 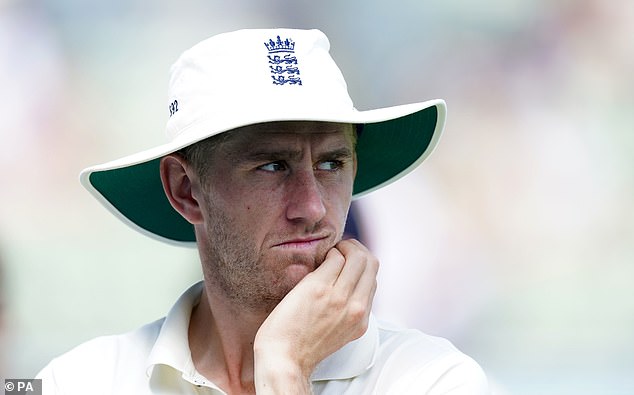 Garton, 24, has been called up by England before – as a net bowler ahead of the 2017-18 Ashes – but earned an official summons as part of a 16-man squad to face Sri Lanka.

‘We have been monitoring the progress of George Garton for quite some time. He has been a significant part of Sussex’s bowling unit in white-ball cricket for an extended period. His ability to bowl quick with his point of difference being a left-armer certainly gives us options in this series, and he deserves his chance at this level,’ said England coach Chris Silverwood. 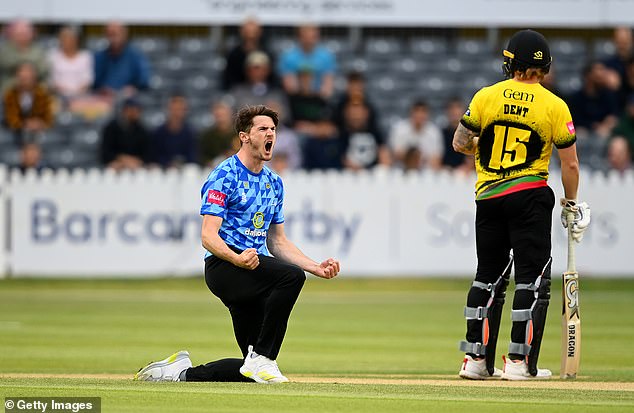 As a result of Stone’s injury, George Garton of Sussex has received his maiden one-day call-up 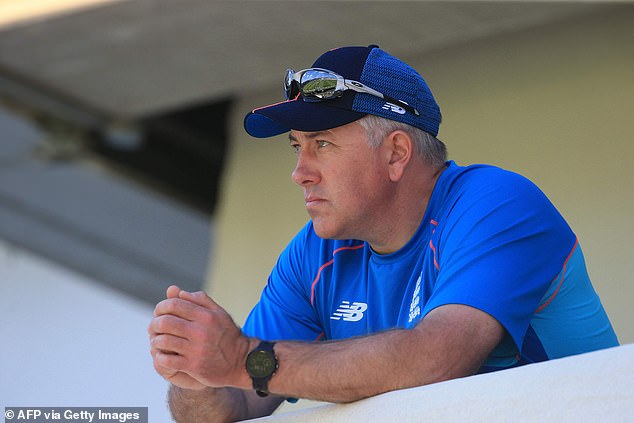 ‘This ODI series is important as we continue to build momentum ahead of the 2023 World Cup. Despite some injuries, the squad I have selected is strong and gives us depth across all departments. We are looking forward to competing and putting on a show for the fans.

‘Unfortunately, following the second Test at Edgbaston against New Zealand, Olly Stone has been diagnosed with a stress fracture of his lower back and will miss the rest of the summer with the injury. It is a great shame as Olly was showing real promise with the ball and would have been part of our selection plans for this series.’

Ben Stokes, who is being held back for the series against Pakistan next month following a fractured finger, will make his return for Durham today in the Vitality Blast while Joe Root will play for Yorkshire.