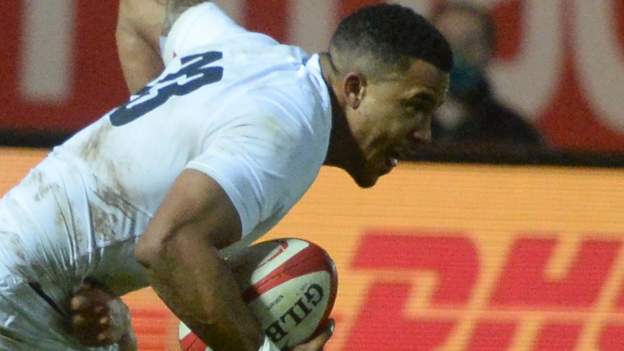 Wing Anthony Watson replaces the injured Jonathan Joseph in the one change to the England side for Sunday’s Autumn Nations Cup final against France at Twickenham.

Backs Max Malins and Joe Marchant return to the bench.

“We’re looking forward to this final, playing France and having another chance to win a trophy,” said Jones.

England’s starting XV boasts more than 800 caps, and will dwarf a rookie French outfit in terms of experience.

Around 25 key players are unavailable to Les Bleus because of an agreement between the French union and clubs over playing limits this autumn.

Watson made his comeback from an ankle injury against the Welsh, and will win his 45th England cap this weekend.

“I unfortunately have got used to coming back from injury in games,” Watson told BBC Sport.

“It’s always nice to represent England and I was fortunate to play a good 30 minutes [against Wales].

“I am buzzing to be back training with the lads ahead of a big game this week.”

Russian girl, seven, has arm amputated after aunt's beatings left her with gangrene on wounds

Rugby and brain injuries: Matt Dawson says he was not let down by rugby union

Yaktrax Pro Traction Cleats for Walking, Jogging, or Hiking on Snow and Ice