Jonny May will hope to hear the theme tune to The Greatest Showman at Twickenham, ideally after scoring a try or two in England’s Autumn Nations Cup opener against Georgia.

When Eddie Jones‘ players were asked to request songs for the matchday stadium soundtrack, May’s choice reflected his natural instincts as a rugby performer.

The Gloucester wing made his name with electric running and lethal finishing but is content to quell his instincts and fit in with England’s substance-over-style outlook. 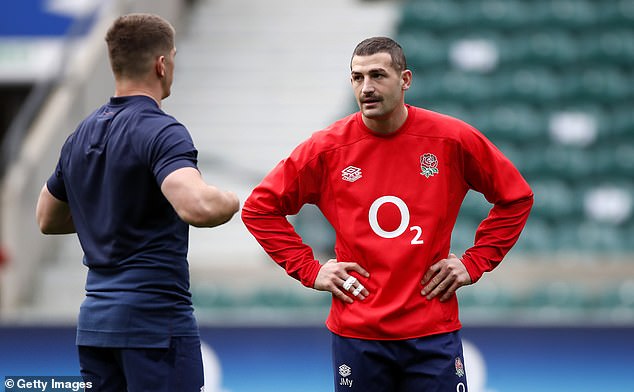 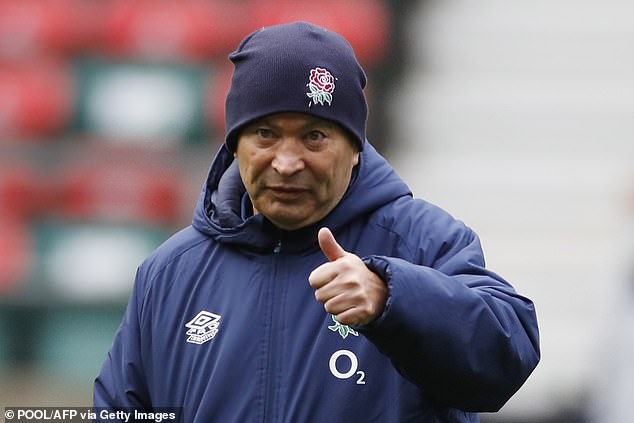 Entertainment is not the primary objective for the national team. It is not an objective full stop. All week, they have dismissed any notion that they have a duty to lay on a show in this home banker fixture.

Players and coaches alike have brushed off the mixed reaction to their structured, formulaic victory over Italy to clinch the Six Nations title a fortnight ago.

At a time when every sport is desperate to re-engage with its absent audience, England have spoken at length about a desire to ‘put smiles back on faces’ but they believe that comes down to results rather than thrills and spills.

With bad weather expected for this likely mismatch, the hosts will be content to subdue their out-classed opponents with territorial pressure and power. 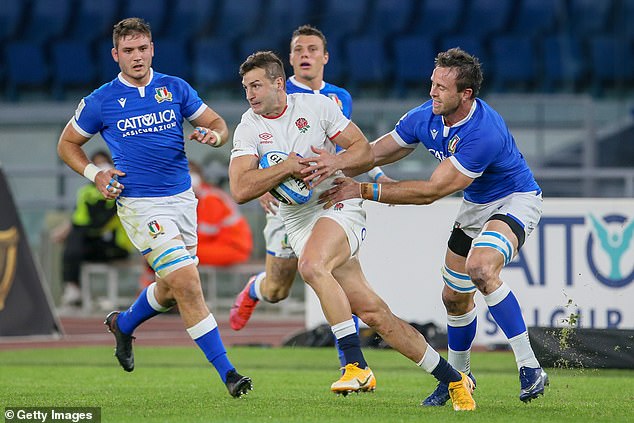 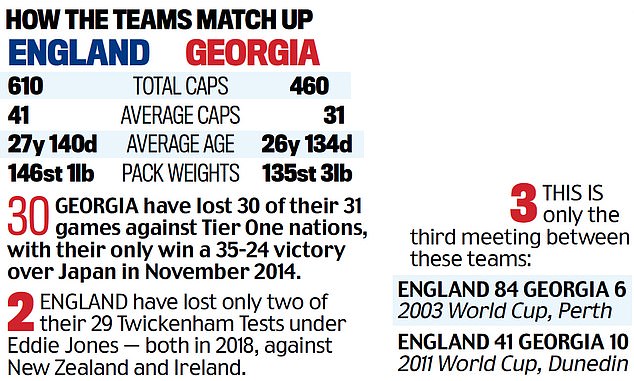 If it all comes down to kicks and chases, tackles and jackals, so be it. Those craving a glitzy, polished spectacle might want to look away now. ‘Our prep this week has very much been about how we can develop all of the strands of our game that makes us England rugby, in our DNA,’ said May.

‘We want to be a team that puts the opposition under pressure, throughout the whole 80 minutes — and then capitalise off the back of that.

‘When it’s wet, challenging conditions, it’s an even better opportunity to put pressure on the opposition. Maybe it won’t be a case of passing down the line because it might be wet, but we have got a great kicking game and we can put them under pressure that way.’

Over the years, May the erratic free spirit has evolved into a truly world-class wing — still capable of putting on a show but respected for being increasingly composed and reliable too.

His dedication to the nuts and bolts of his game is in tune with the wishes of his coaches and England’s quest for relentless efficiency.

‘The more games I play, the more I realise rugby is actually not about the big plays, the line-breaks, the open-field running and the tries,’ said May. ‘It’s really not. That’s what everybody wants to talk about, but the game is about being brilliant at the basics consistently. 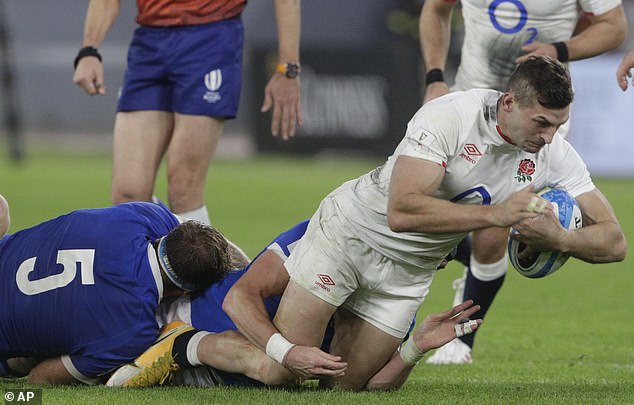 Over the years, May the erratic free spirit has evolved into a truly world-class wing

‘For me, the DNA in my England role is my high-ball work, how I chase kicks, how I lead the line in defence. All the basics.

‘As a team, we pride ourselves on our breakdown. The set piece is a big part of the game for the forwards but the kicking battle, the counter-attack and the management of the kicking battle and first-phase plays as well are all basics of the game. If we get those right the good things happen off the back of that.’

On sofas and armchairs across the land, English viewers will be crossing their fingers that the basics are in order, so that at least some enthralling rugby does break out.

Jones has provided viewers with the intrigue of watching international newcomers find their feet in a side built around the reassuring half-back experience of captain Owen Farrell and Ben Youngs.

Farrell is uneasy about the expectation of a routine win and a points spree. He expressed concern about ‘people saying we are expected to win big’.

But England are expected to win big. They should win big, whether the process is pretty or pragmatic.

What the sport here could do with is a compelling statement of positive intent from the national team, to lift spirits and provide a launch pad for tougher assignments ahead, with further pool games looming against Ireland and Wales. May is wary of that backdrop. ‘The challenge this week is the expectation,’ he said. ‘We’re playing an opposition that we’re backed to beat and beat well. 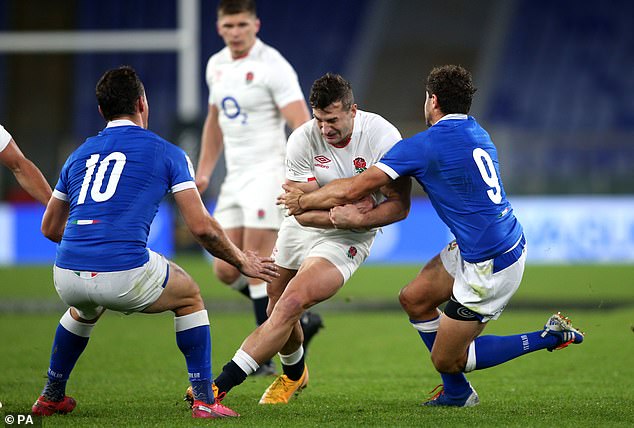 England are expected to win big, whether the process is pretty or pragmatic against Georgia

‘How can we still play our game and be the best we can be when we’re expected to score tries and win well?’ England may not care about earning style marks but they have ample scope to do so.

Jones will unleash a formidable home team and if they get into their stride, Georgia will struggle to contain them.

There will be a focus on Jack Willis and several other exciting English rookies and also on the scrum — one area where Georgia have the pedigree to threaten, although their transition phase extends to that area of traditional strength.

But here’s hoping for attacking fluency and shape too; so the damp ball reaches Ollie Lawrence often enough for the new centre to justify his inclusion.

All going well, it will even reach May and Co out wide from time to time. At some stage, the uncapped Max Malins can add another cutting edge if he is dispatched from the bench. England don’t have to be the greatest showmen against Georgia today, but occasionally demonstrating an adventurous streak would assist their campaign to put smiles on faces.

How to Find Crystals - The Pathless Wiki Guide

Revealed the mystery of killing 3 Egyptians in Libya