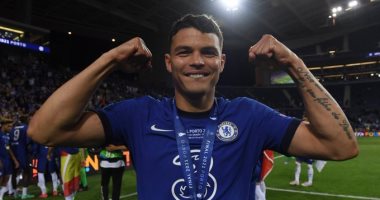 The English Premier League clubs decided to ignore the decision of the International Football Association “FIFA” and to involve South American players this week, after the International Football Association “FIFA” announced a fiery decision for the English Premier League clubs to prevent them players from participating with their national teams in the World Cup qualifiers.

And the English newspaper “Sun” revealed in its report, that the English Premier League clubs that were sanctioned decided to disregard FIFA’s decision, as the decision included depriving 8 Brazilian players from participating with their clubs in the league matches, after implementing the system “preventing players from participating for a period of 5 years.” Days with their clubs after the Premier League clubs refused to allow players to represent their teams.

The newspaper pointed out that there are 8 Brazilian players who were called up with the Brazilian national team and did not travel and caused the crisis, and they are the Liverpool trio, Alisson, Fabinho and Roberto Firmino, the Manchester City duo Ederson and Gabriel Jesus, and Thiago Silva of Chelsea, and Fred and Rafinha of Manchester United and Leeds.

Not only that, and “Sun” indicated that the 20 clubs in the Premier League agreed that none of them would file a complaint against other clubs that would involve the players concerned or seek action against that decision.

Separately, the newspaper revealed that FIFA wants to reach an agreement with the English government to give players from the countries on the red list “due to Corona”, an exception not to be subject to self-isolation when entering British territory.

Cryptocurrency exchange Bitrue launches USDC as fifth base pair, moves away from USDT