A pair of ‘entitled’ daughters who called their millionaire banking boss father ‘The Chequebook’ have today lost their court battle with their step-mother over his £7million estate after he left them nothing.

Tony Shearer, the former head of merchant bank Singer and Friedlander and finance governor of Rugby School in Warwickshire, died aged 68 in October 2017 from a brain tumour.

Following his death, almost all of his fortune – which daughters Juliet Miles, 40, and Lauretta Shearer, 38, put at around £7million – was left in the hands of their step-mother Pamela Shearer, with nothing in his will for them.

The sisters launched a High Court fight against Ms Shearer for ‘maintenance’ from their deceased father’s multimillion pound estate to replace the ‘generous financial provision’ they expected from him while alive.

But Ms Shearer, 68, a marketing executive who married Mr Shearer in 2007, insisted the girls were due nothing and told judge Sir Julian Flaux they were ‘entitled’ and ‘interested in their dad only for his money’.

Following Tony Shearer’s death in October 2017, almost all of his fortune – which daughters Juliet Miles (pictured left), 40, and Lauretta Shearer (right), 38, put at around £7million – was left in the hands of their step-mother

Giving evidence, Ms Shearer said he had cut them out because he was ‘upset’ by their ‘demands for money,’ saying: ‘I’m going to quote King Lear here: “sharper than a serpent’s tooth” is an ungrateful child – and that is how my husband felt’.

Today the judge handed victory to Ms Shearer, leaving the daughters empty-handed and slamming evidence given on their behalf as having been ‘imbued with and influenced by a sense of entitlement’.

The sisters had sued their step-mother for ‘reasonable provision’ from the estate, claiming that, after he left their mother in 2006 and met Pamela, Mr Shearer unfairly left them high and dry having previously looked after them financially.

Although his will left an estate worth £2,184,976 to Pamela, the sisters said that when other non-estate property including heirlooms and expensive wine were taken into account, their step-mother was left with almost £7million.

Juliet, who lives with her mother Jennifer in a £1.6million ‘large, detached period house in extensive grounds with a swimming pool’, claimed £915,991 from her father’s estate.

Her sister, who earns £57,000 a year working for auction house Sotheby’s and lives in west London, demanded £350,154, with both saying they intended to use the money for housing.

They claimed their father ‘changed’ when he married Pamela, with a rift forming so deep that he refused to walk Lauretta down the aisle at her wedding after he was told his new wife was not invited.

Lauretta, in her evidence, said: ‘My parents were always of the opinion that if you tried and worked hard they would contribute.

‘I was working as much as I could. Dad encouraged me to believe I’d always be able to rely on him financially.

‘He always said that if you were struggling in terms of a salary he would match it. All he wanted was for us to work hard.’

Blaming Tony’s relationship with Pamela for tensions between him and his daughters, Lauretta told the judge her father had ‘changed.’

She said: ‘Once Dad met Pam, it was almost impossible to see him alone. Support was abruptly cut off.’

But rejecting the daughters’ claim that Tony had been unreasonable or influenced by his second wife, the judge said the daughters had ‘pursued an extensive and unattractive attack on Pamela’.

He said: ‘The claimants’ case was that Tony’s conduct after his marriage to Pamela was unreasonable.

‘I have… rejected the suggestion that his conduct was dictated or unduly influenced by Pamela. He was clearly a man who knew his own mind and who acted of his own free will.’

Pamela, giving evidence, told the judge that it was Juliet and Lauretta’s ‘repeated requests for money’ that had been getting their father down before he made his will leaving everything to her. 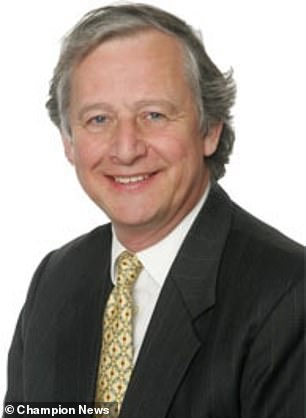 The judge said: ‘Tony (pictured above) had made generous provision for both claimants with the gift of money in 2008 which they were able to invest in property’

She said: ‘Parents deserve a bit of respect. Those two girls enjoyed a luxury lifestyle.’

On this point, the judge said: ‘Pamela’s evidence was that Tony had said he did not always enjoy seeing the claimants because he knew the encounter would end with a request for money, which he found distasteful.

‘I am satisfied that he did say that and that there was an element of truth to it. He had told her they were wayward and out of control (as teenagers).

‘He also told her that (when younger) both claimants referred to him as ‘The Chequebook’, which they found amusing but he found hurtful.

‘In my judgment, not only was she telling the truth about what Tony had told her, but the things he told her were substantially correct.’

Concluding, he said: ‘Neither of the claimants nor Jennifer was an entirely satisfactory witness….to a greater or lesser extent, each of them had an axe to grind and was not in any sense objective.

‘The evidence, particularly of Juliet and Jennifer, was imbued with and influenced by a sense of entitlement to inherit from Tony’s estate to support a standard of living for Juliet and Lauretta and their children that Juliet and Lauretta had enjoyed until their young adulthood, prior to their parents’ divorce.

‘In contrast, I found Pamela a straightforward and objective witness who gave her evidence in a measured and dignified manner. I consider that her recollection and impression of the relationship between the claimants and their father and herself was far more accurate and reliable than that of the claimants and Jennifer.

‘As is clear from the findings I have made, I have concluded that Tony did not have any obligations or responsibilities towards either of the claimants at the time of his death. 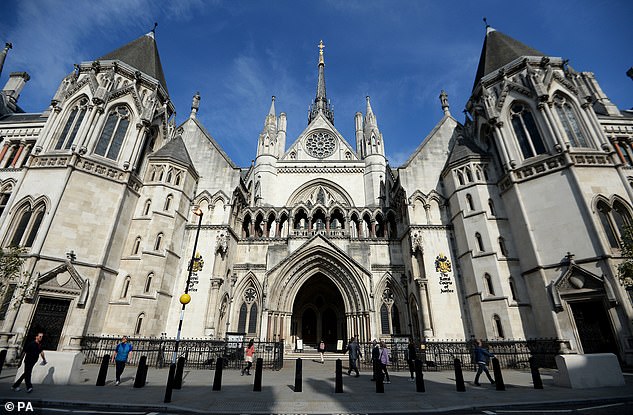 ‘Whilst the claimants may well have enjoyed an affluent lifestyle until they were in their early twenties, when their parents divorced, they were not entitled to expect that standard of living indefinitely, nor did they in fact do so, given that, as I have held, the lifestyle choices they both made in terms of marriage and family were not dependent upon their father’s financial support.

‘Tony had made generous provision for both claimants with the gift of money in 2008 which they were able to invest in property.

‘He made it clear at that time that they could not expect any further financial assistance from him.’

He added: ‘The apparent unwillingness, particularly of Juliet, to accept Pamela as his wife evidently upset Tony a great deal, as did what he saw as financial demands on him by his daughters.

‘The deceased’s wishes are a relevant matter which fall to be assessed in the round with the other relevant factors.

‘Whatever the rights and wrongs of what occurred, the most important aspect of his relationship with his daughters for present purposes is that, after he had made the gifts to them in 2008, Tony was not prepared to provide further financial assistance to them.

‘It follows that I dismiss both Juliet’s claim and Lauretta’s claim.’

The judge went on to add that, if Jennifer’s £1.6million country pile were to be sold, the funds would provide ‘realistic possibilities for Jennifer, Juliet and the two children, none of which requires maintenance from Tony’s estate’.

Speaking on behalf of both daughters, Ms Miles (nee Shearer) said: ‘Papa must be spinning in his grave at today’s news that the judge clearly did not accept what we said in court. We are devastated by what he has concluded and are considering our options.

‘We both had loving relationships with our father during his life and prior to his untimely death, aged 68, from a brain tumour, the Heyaterminal nature of which was withheld from us by Pam, until after his death in 2017.

‘Despite the fact that she [Pam] has no need for this money, she has put us through this case, preferring to see the money going to lawyers rather than our father’s family

‘It would have been life changing if Pam, or the judge, would have provided financial support now, when it is so needed, which would have gone a long way in providing security in our homes but also allow me to give crucial support for my daughter for the rest of my and her life, as Papa had ultimately wanted, and Pam had agreed.’