‘I have to score MORE goals’: Erling Haaland left ruing opportunities in Borussia Dortmund’s defeat against Bayern Munich, despite the young forward scoring 11 times in 11 games this season

Erling Haaland has claimed he must score even more goals, despite already netting 11 this season, after Borussia Dortmund‘s defeat against Bayern Munich.

The 20-year-old was on target yet again against his club’s fierce rivals, with his goal coming in the clash’s dying stages, but his performance was overshadowed by Robert Lewandowski‘s heroics at the other end.

And, despite having hauled his team back within the single goal of Bayern, Haaland has looked back at his wastefulness with regret and is demanding better displays from himself. 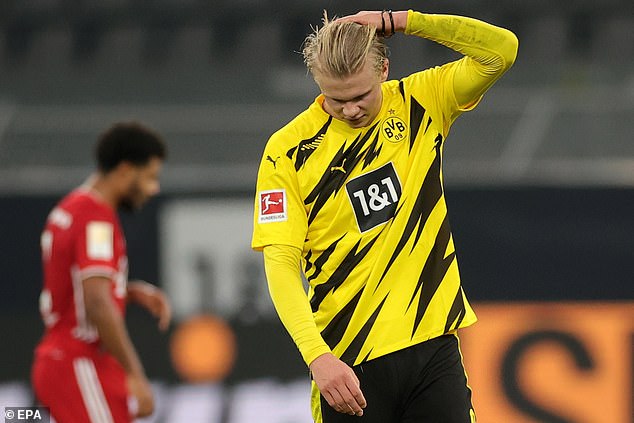 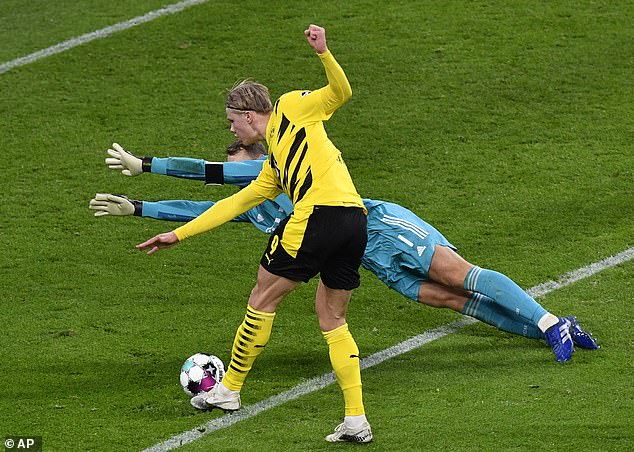 Haaland joined Dortmund in January last season from RB Salzburg, after rebuffing huge interest from Manchester United, and has cemented his spot as one of the world’s most fearsome frontmen.

The Norway international has extended his fine form into the current campaign, too, having netted his tally currently equating to a goal in every game.

His clinical nature was on show again at the Westfalenstadion on Saturday when taking the ball down and drifting beyond Manuel Neuer – but Haaland’s sights are set even higher. 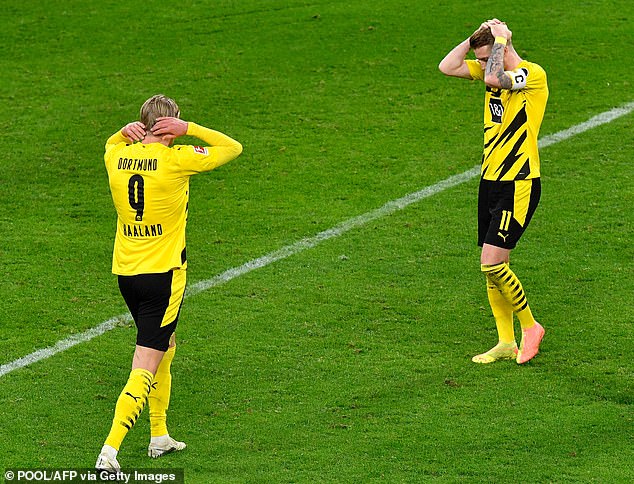 He said: ‘I have to score more goals. If we don’t put our chances away at this level, then we won’t win.’

After taking four shots across Der Klassiker, Haaland finally ensured a spot on the score sheet by moving the hosts within touching distance of the champions.

Raphael Guerreiro’s wonderful lofted ball over the top was taken down brilliantly by Haaland, who kept his composure in typical fashion by ghosting beyond the Bayern keeper and slotting home. 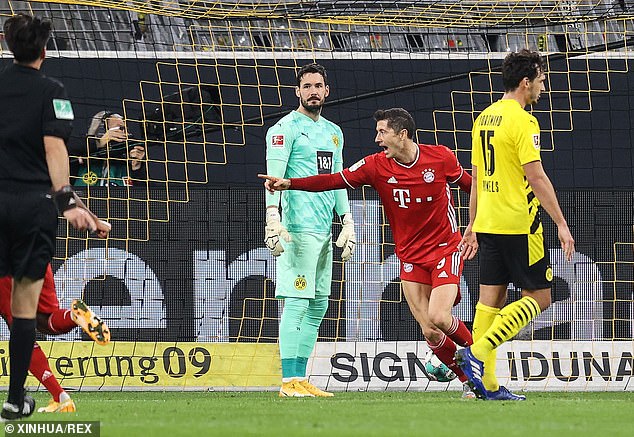 Marco Reus fired Dortmund into the lead on the stroke of half-time from Guerreiro’s clever cutback, only for David Alaba to equalise just minutes later with the aid of a heavy deflection.

A trademark glancing header from Lewandowski restored Bayern’s lead, and Leroy Sane pounced after a lightning counter-attack late on to hand the Treble winners yet another win.

‘[Bayern] are the best team in the world and we have to work harder to take the next step to be as good as them,’ Haaland added.

The New York Times: The former head of Blackwater violated the arms embargo in Libya

Twist in hunt for killer who stabbed a man to death on a Toongabbie, Sydney footpath