Essex have pledged to work harder on their players’ cultural education after one of them poured beer over a Muslim team-mate during Sunday’s Bob Willis Trophy celebrations at Lord’s.

A photo of the incident provoked anger in East London’s British-Asian cricket community, with one senior figure describing Will Buttleman’s decision to empty his bottle over the head of Feroze Khushi as ‘diabolical’, and calling on Essex to apologise.

They declined to do so, but admitted the incident ‘did not meet the inclusive values of the organisation’. 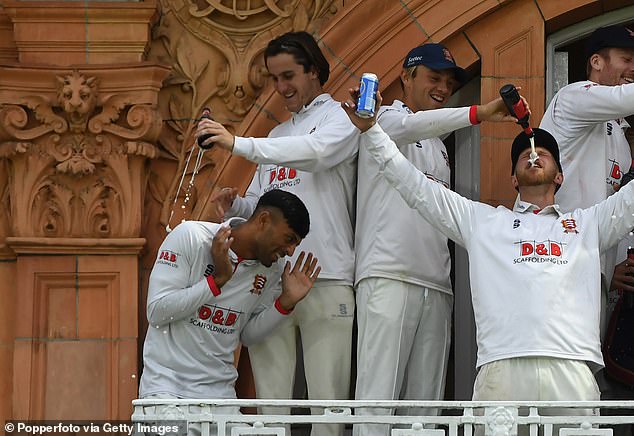 In a statement, the club added: ‘Essex pride themselves on their work within multi-diverse communities throughout the county and the surrounding areas.

‘For a substantial period of time, Essex have had a multi-diverse team with players from different backgrounds, religions, and races, where cricket is at the heart of these communities.

‘The club has worked extremely hard and will continue to bring cricket to anybody and everybody, and educate on diversity, but further work needs to be done across both sport and society in general, to widen people’s knowledge and make them more aware of cultural differences.’

The 21-year-old Khushi, who made his first-team debut last month but did not play in the BWT final against Somerset, appears uncomfortable as Buttleman, 20, pours beer over him – a contrast with England’s policy of allowing their Muslim players (and teetotaller Mark Wood) to step aside before champagne is sprayed. 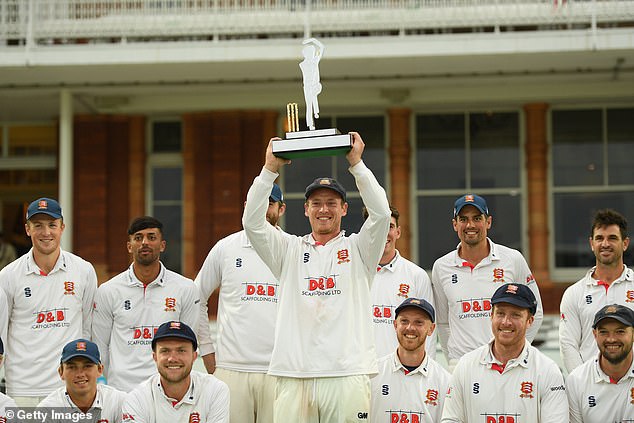 ‘I found it very, very offensive,’ said Sajid Patel, the co-founder of the National Cricket League in Essex and East London. ‘When England celebrate with champagne, like they did at the World Cup final, they have arrangements with some of the players – Moeen Ali and Adil Rashid – that they will lift the trophy before signalling for them to leave the group so they can spray the drink.

‘But the poor bloke [Khushi] is stuck in the corner of the balcony and couldn’t really move. The only thing he could have done was jump off! The photo of someone pouring alcoholic stuff on him – that was diabolical.

‘You have to question the players involved. All player associations in cricket should give their players cultural awareness lessons. It’s brilliant to see Essex win the title again, but also frightening to see this is happening.’ 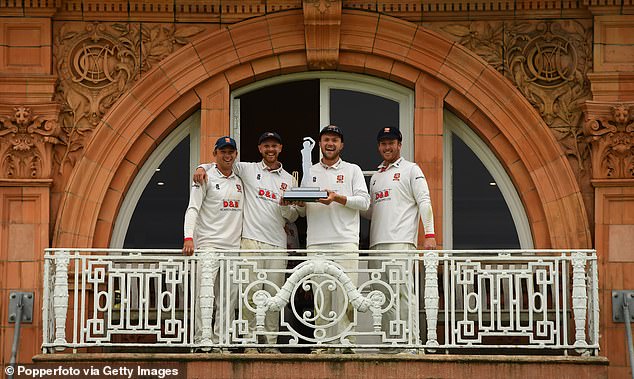 ‘There has got to be more education – not just at Essex, but across the spectrum at county level. England have been doing the right thing, but all sports need to be better.’

The controversy takes place at a sensitive time for race relations in English cricket, after a summer in which several members of the game’s past and present BAME community have spoken out about their experiences in county dressing-rooms.

Last week, Sportsmail revealed the alarming lack of non-white faces among both playing and backroom staff and in administrative roles. The ECB declined to comment on Sunday’s incident.