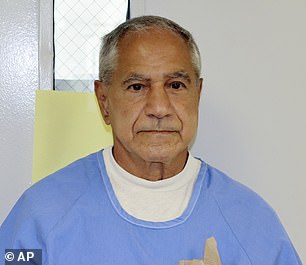 Sirhan Sirhan, 77, was recommended to be released on parole by a California panel on August 27 after 53 years in prison for murder (Pictured at his parole hearing on August 27)

Robert Kennedy’s widow, Ethel Kennedy, 93, released an official statement on Tuesday claiming that her husband’s killer Sirhan Sirhan, 77, should not be paroled.

The Kennedy family has been publicly divided since August 27 when a California panel recommended that RFK’s assassin Sirhan be granted parole after nearly five decades in prison.

Six of the nine surviving children of the slain New York Senator issued a statement that day announcing that they were ‘devastated’ by the San Diego panel’s ruling.

On Tuesday, widow Ethel released an official statement which read: ‘Bobby believed we should work to ‘tame the savageness of man and make gentle the life of the world.’

‘He wanted to end the war in Vietnam and bring people together to build a better, stronger country. More than anything, he wanted to be a good father and loving husband.

‘Our family and our country suffered an unspeakable loss due to the inhumanity of one man. We believe in the gentleness that spared his life, but in taming his act of violence, he should not have the opportunity to terrorize again.’

At the bottom of the printed statement she signed, ‘He should not be paroled,’ and her name.

Although most of the Kennedy family has avoided discussing or engaging with their father’s death and Sirhan in public before now, the parole board’s recommendation has pushed some of them to ‘adamantly oppose the parole and release of Sirhan Sirhan.’ 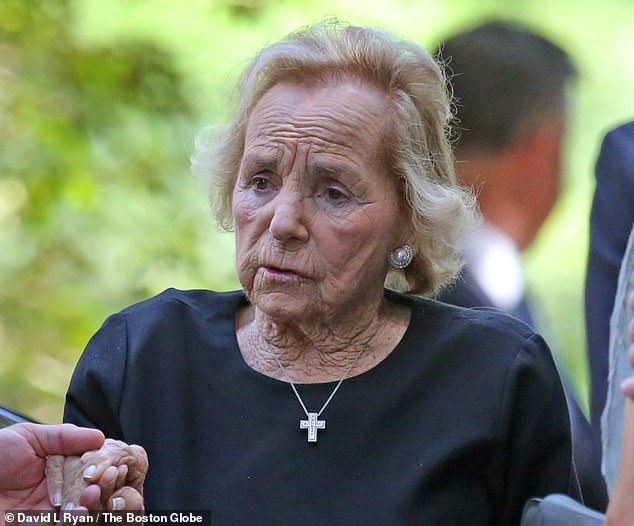 Ethel Kennedy, 77, publicly opposed Sirhan’s recommendation for parole in a statement released on Tuesday penning, ‘He should not be paroled’, in shaky handwriting 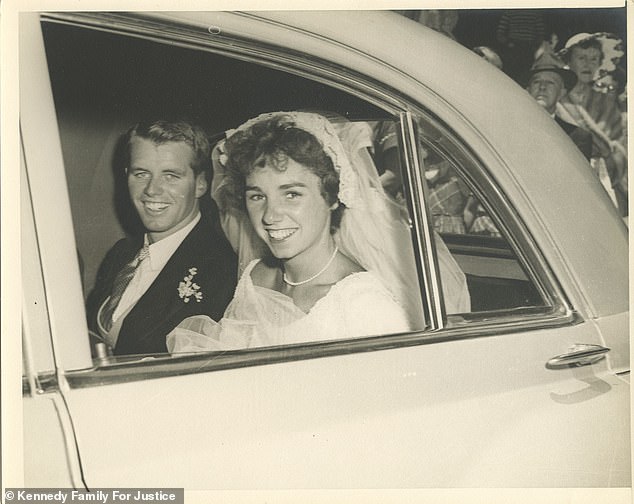 Ethel described her husband’s death as ‘an unspeakable loss to the inhumanity of one man’ (Pictured Robert (left) and Ethel Kennedy (right) on their wedding day in Greenwich, Connecticut on June 17, 1950) 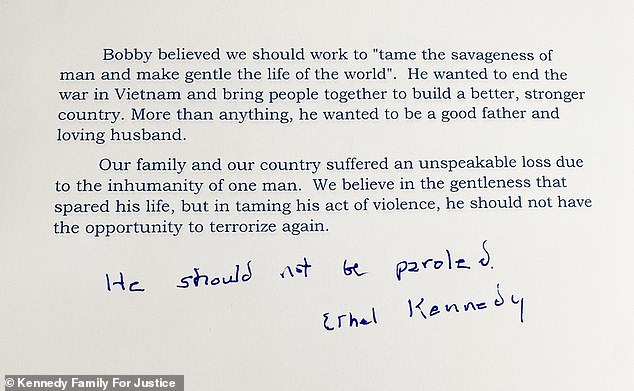 Ethel released her official statement on Tuesday writing: ‘He should not be paroled’

‘We are in disbelief that this man would be recommended for release,’ the statement from the six siblings read.

Rory, RFK’s youngest child who was born six months after her father’s death, reiterated her stance in an opinion piece published by The New York Times September 1 titled ‘The Man Who Murdered My Father Doesn’t Deserve Parole.’

She claims that her father’s killer has not accepted responsibility or shown remorse for his murderous actions and should not be granted parole. She boldly writes, ‘As my father was taken forever, so too should Mr. Sirhan be.’

In her letter she claimed that her mother the majority of her siblings agreed with what she wrote but it was not until Tuesday’s statement that Ethel officially made her stance known.

But Douglas Kennedy and Robert F. Kennedy Jr. have spoken in support of Sirhan’s parole.

Douglas addressed the two-person panel that recommended that parole be granted during a virtual hearing, according to The Associated Press.

‘I’m overwhelmed just by being able to view Mr. Sirhan face to face,’ he said moved to tears. ‘I’ve lived my life both in fear of him and his name in one way or another. And I am grateful today to see him as a human being worthy of compassion and love.’

RFK Jr. has spoken in favor of Sirhan’s release, and wrote in a letter that he met with his father’s killer in prison who ‘asked for forgiveness,’ the AP reported.

He has previously stated that he does not believe Sirhan killed his father. 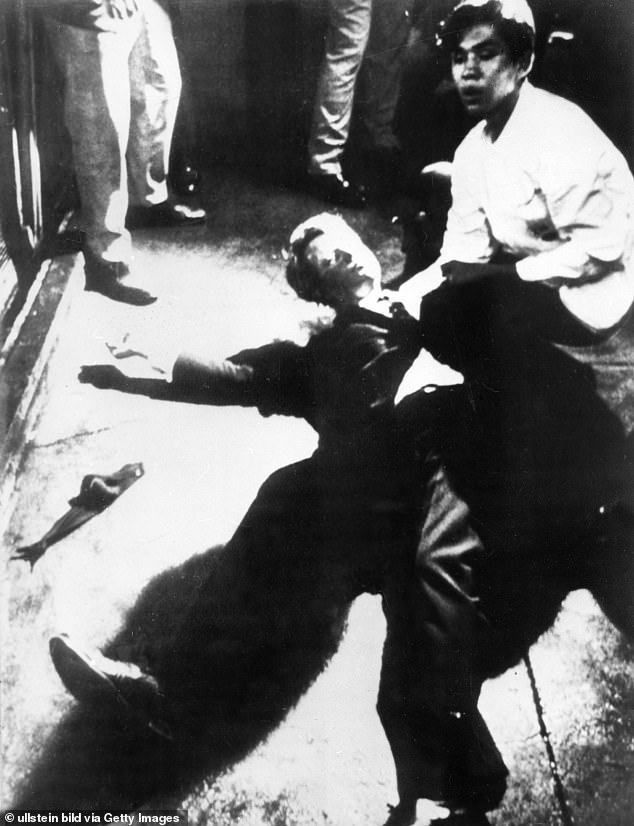 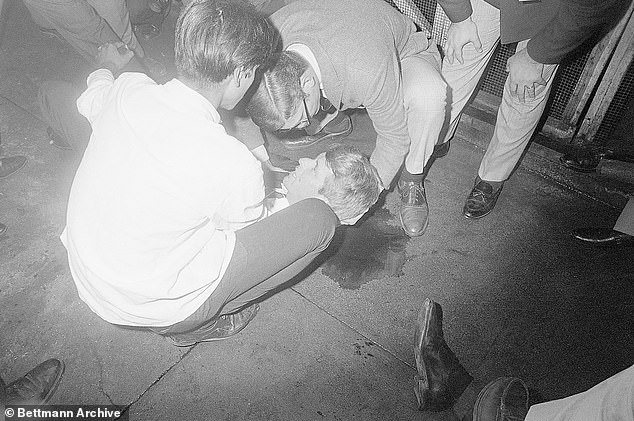 A mortally wounded Robert Kennedy on the floor of the kitchen at the Ambassador Hotel, June 1968

Robert Kennedy was walking through the kitchen of the hotel stopping to speak with supporters when he was shot, June 1968 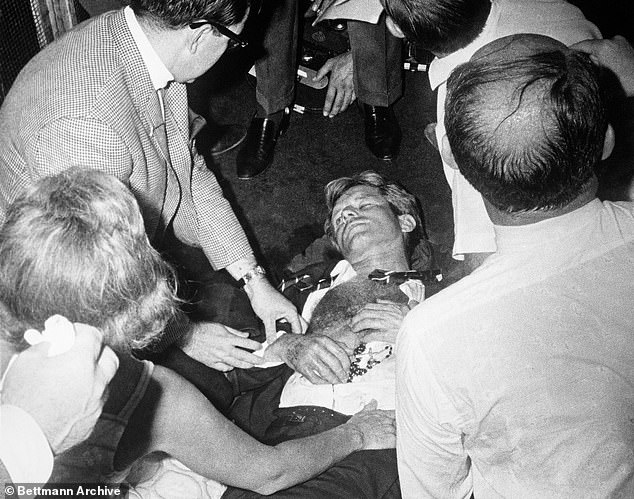 RFK was taken to Good Samaritan Hospital and pronounced dead a day later, on June 6, 1968

Paul Schrade, who’d worked with RFK and was also shot that night, also believes that Sirhan was not the shooter and should be released.

‘Sirhan did not shoot Robert Kennedy,’ Schrade, 96, maintains. ‘I got the first shot, the second shot missed Kennedy,’ according to NPR.

He believes that unreliable ballistics evidence by the Los Angeles Police Department disrupted the case and advocates for Sirhan’s release in order to find RFK’s true assassin.

Kathleen Kennedy Townsend, 70, is the only member of RFK’s nuclear family that has not publicly announced their opinion of Sirhan’s parole recommendation.

This latest parole hearing marked Sirhan’s 16th attempt at parole. The panel’s recommendation still awaits a review by the California Parole Board and a final decision by Governor Gavin Newsom.

The review process could take up to 120 days.

Robert Kennedy was the younger brother to former President John F. Kennedy, serving as his brother’s US attorney general. He was then elected as a New York Senator.

RFK was 42 years old when he was pronounced dead on June 6, 1968 at the Ambassador Hotel in Los Angeles. The rising politician was shot after giving a victory speech following his win in the South Dakota and California 1968 Democratic presidential primaries. 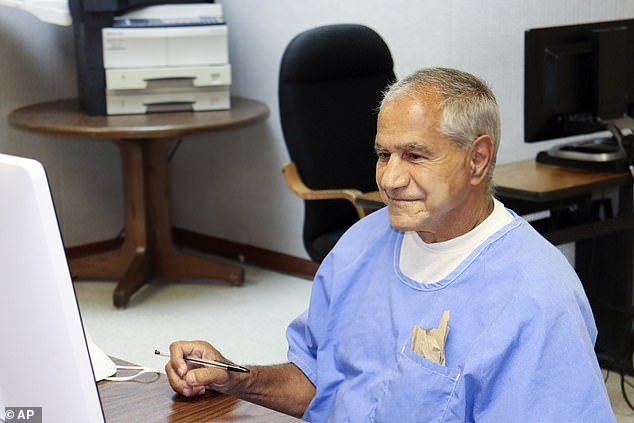 Sirhan was convicted of first-degree murder and sentenced to death in 1969. He is serving a life sentence at the Richard J. Donovan Correctional Facility in San Diego County, California 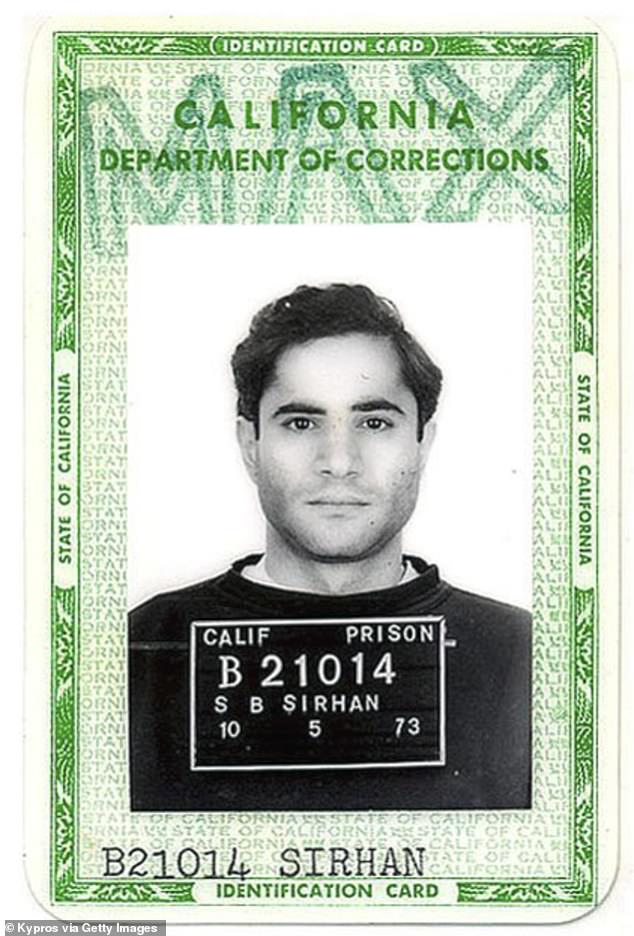 Sirhan has attempted to be recommended for parole 15 times before his recent recommendation for parole. The decision will now move to Governor Gavin Newsom’s desk 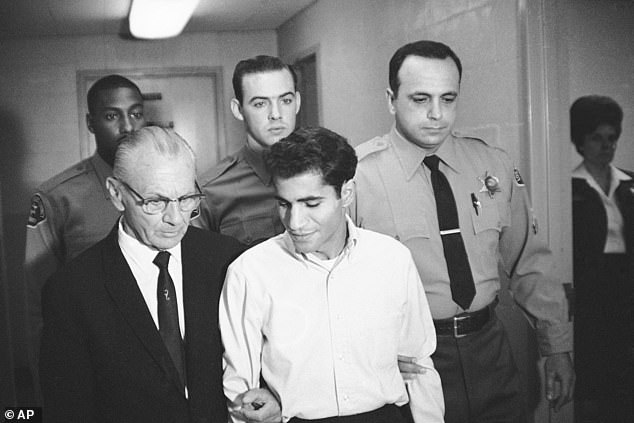 Sirhan stepped towards RFK with a rolled up campaign poster, hiding his .22 revolver shooting him in the head from only a foot away 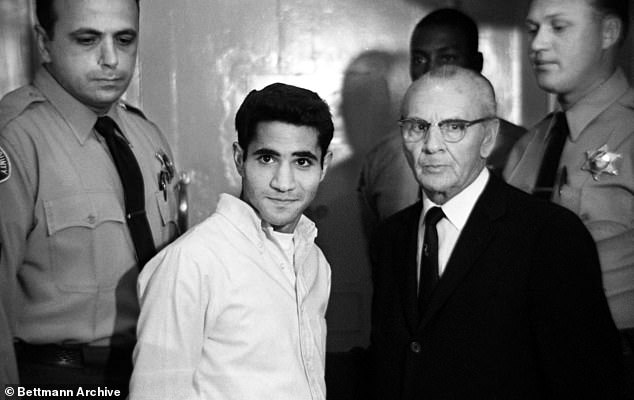 He was immediately wrestled to the ground  by RFK’s security team and taken into custody. He claims that he has been drinking alcohol and did not remember pulling the trigger

The shooting occurred in the kitchen area of the hotel as RFK and several of his staff made their way to the press room. He and five other people were shot as Sirhan was immediately apprehended.

Sirhan was convicted of first-degree murder and sentenced to death the next year. He eluded execution when the California Supreme Court briefly outlawed capital punishment in 1972 and lessened his sentence to life in prison with the possibility of parole.

The Palestinian immigrant claimed he had been drinking on the night of the assassination and doesn’t remember pulling the trigger.

If Sirhan is released, he may be deported to Jordan. He never obtained US citizenship after immigrating to the country from Israel as a child.

The cryptocurrency market remains under pressure. Should I sell Decentraland (MANA)?