‘Brexit created the problem’: EU ambassador stokes Northern Ireland row warning there is ‘no alternative to the protocol’ after new DUP leader Edwin Poots accuses Brussels of risking peace to punish the UK

The EU’s ambassador to London today stoked the row over Northern Ireland insisting there is ‘no alternative’ to the protocol that unionists want scrapped.

Joao Vale de Almeida accused new DUP leader Edwin Poots of being ‘unrealistic’ after he raged that the rules were being used to ‘punish’ the UK for leaving the bloc.

He said ‘Brexit created the problem’ and the only solution was to implement the new rules ‘pragmatically’.

There have been rising concerns that the post-Brexit rules agreed by Boris Johnson are fuelling sectarian tensions in Northern Ireland, amid unionist anger about obstacles to trade with the UK mainland.

Challenged over the criticism from Mr Poots, Mr Vale de Almeida told BBC Radio 4’s Today programme: ‘First of all I don’t think those statements have adherence to reality. The EU is politically, financially and emotionally, I would say, committed to peace and prosperity for everybody in Northern Ireland.

‘The protocol is not the problem, Brexit created the problem in Northern Ireland.

‘The protocol is a joint endeavour of the UK and the European Union, it is British law, European law, international law. There is no alternative to the protocol. 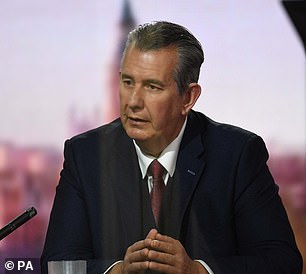 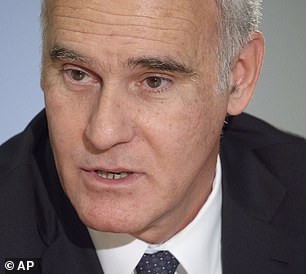 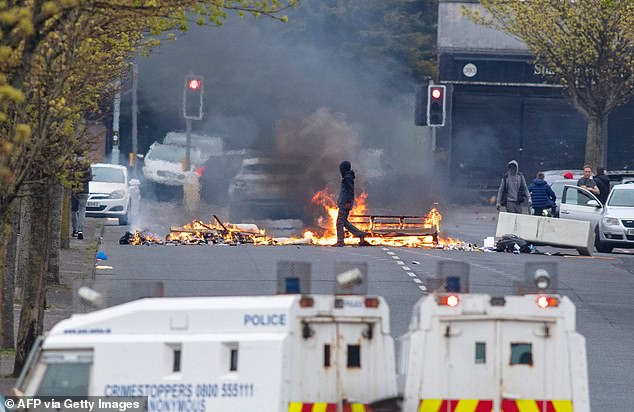 There have been rising concerns that the post-Brexit rules agreed by Boris Johnson are fuelling sectarian tensions in Northern Ireland. Pictured, Loyalist protests in Belfast in April

On Sunday Mr Poots accused the EU of using the province as a ‘plaything’, pointing out that once grace periods end more checks will be carried out on goods from Britain than take place in Rotterdam.

He accused the EU of doing ‘demonstrable harm to every individual in Northern Ireland’, warning that Boris Johnson has grounds to suspend the protocol automatically.

Appearing on the BBC’s Andrew Marr show, Mr Poots said the UK Government has grounds to trigger Article 16 to put the brakes on the Protocol due to ‘economic and societal damage’.

‘We have violence on our streets in Northern Ireland, which hasn’t been the case for years, and that’s on the back of this Protocol,’ he said.

Mr Poots also said while the European Commission over the years ‘put their heart and soul into winning peace in Northern Ireland’, they currently ‘don’t seem to care for the peace process … that really needs to change, that attitude needs to change’.

‘I can assure you Northern Ireland should be nobody’s plaything, we are citizens of the United Kingdom, we were citizens of the European Union and we deserve to be treated with the same respect as everyone else.’

But European Commission vice-president Maros Sefcovic – who has been negotiating with Brexit minister Lord Frost over changing the rules – dismissed the criticism, making clear that axing the protocol is not on the cards.

He also urged a focus on policies and politics that unite than divide and to look at the Protocol as an ‘opportunity’ for Northern Ireland.

Mr Sefcovic said he wants to meet the Northern Ireland Executive parties before the next Joint Committee, which is expected to take place in the middle of June.

‘I would like to hear from Mr Poots himself but also from other leaders of the political parties who form the Northern Ireland Executive and discuss with them what we can do better,’ he said.

Mr Sefcovic mooted a Switzerland-type agreement on a temporary basis which would ‘get rid of 80 per cent of checks’.

‘I think it would be the right thing to do, it would calm down the situation,’ he said.

He reiterated his opposition to a hard border on the island of Ireland and called for more co-operation between the EU and the UK. 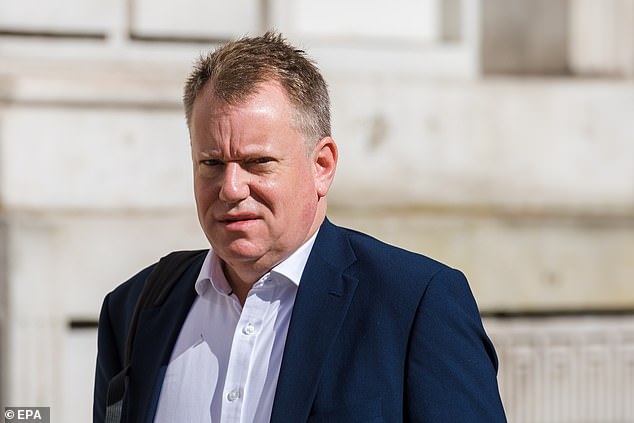 Belle Gibson twist as she is embroiled in Melbourne drugs case

Prince Harry and Meghan watch The Crown together

Madeira to digital nomads: Come work with us