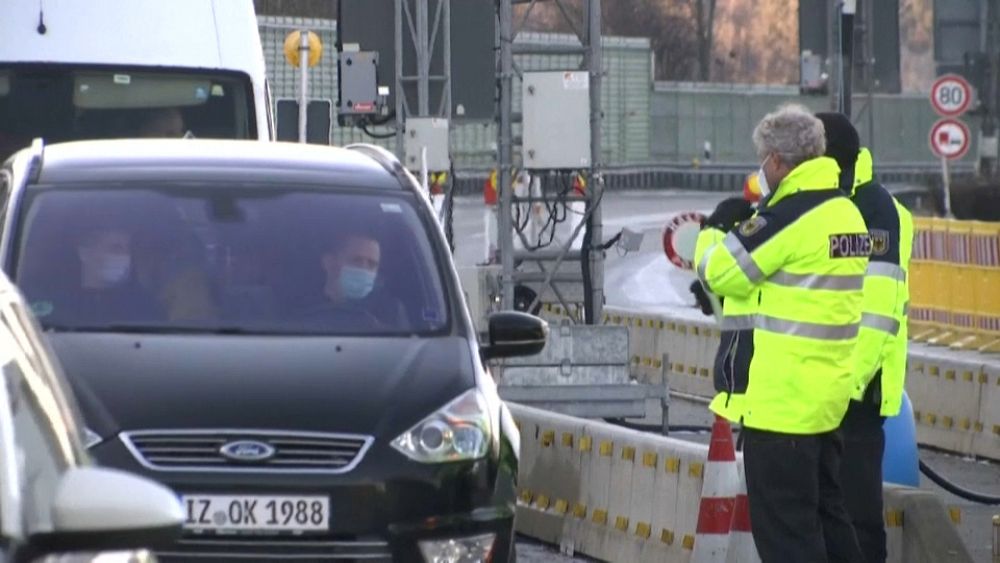 The EU Commission has called on member states to adopt a “coordinated approach’ to tackling the spread of coronavirus after Germany imposed partial closures along its southern border.

Border officials have been filtering crossings from Austria’s Tyrol region and the Czech Republic since Sunday amid concerns over new coronavirus variants. Berlin says it will also not rule out imposing restrictions on its frontier with France, where cases of the South African strain are on the rise.

Restrictions have particularly impacted the transit of goods on one of Europe’s major truck routes between Germany and Austria’s Tyrol region. There’s exceptions for truck drivers as well as essential workers but so far, roughly every second person was denied entrance to Germany.

At the Austrian-German border crossing of Kufstein, Rainer Scharf from the Rosenheim Police Department says it’s important to check every single car. “We want to prevent this corona mutation from spilling over into Germany.”

Truck drivers are allowed to cross the border, but only with a coronavirus test that’s less than 48-hours old. Those who do not have it can get tested directly at the border crossing.

On the much frequented Tyrolean transit route, truck drivers now have to show a negative Covid test twice. At the Brenner Pass on the Italian border and in Kufstein.

Meanwhile, disillusionment reigns in Tyrol. Border controls are becoming stricter on all sides and some ski resorts are closing again. Yet the provincial government says the situation is not that critical.

“The suspected mutation cases of the South African variant are decreasing, unfortunately there are still one or two, but they are decreasing, says Ingrid Felipe, Tyrol’s Deputy Governor.

“Also because further virus variant areas are emerging from the direction of France, I would recommend every lorry driver, to always carry an up-to-date Covid-test with them, a negative one, which in some cases can now already be taken at motorway service stations or similar.”

With the help of mobile motorway test stations, the authorities in Austria and Italy have succeeded for the time being in preventing a mega traffic jam on Europe’s most important north-south link. Meanwhile, Tyroleans are hoping that the borders to their province will soon reopen.