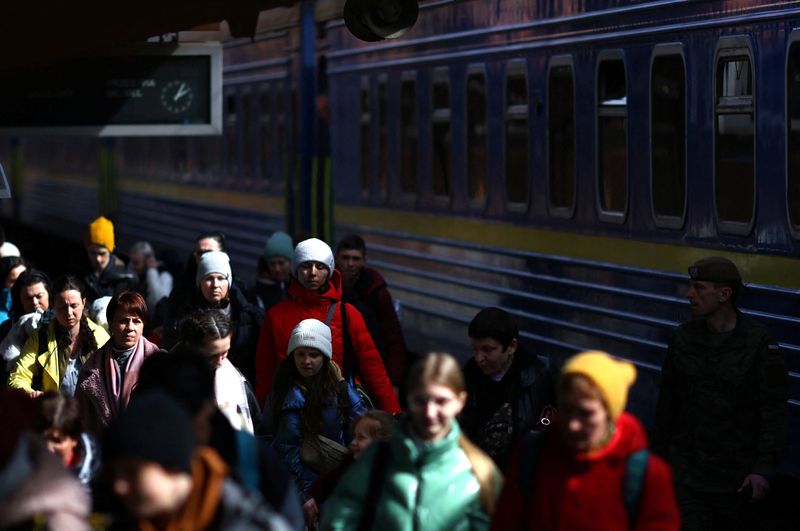 BRUSSELS, April 1 (Reuters) – The European Commission proposed on Friday to allow Ukrainian refugees to convert their hryvnias into euros up to a maximum of about 300 euros ($331.7) per person, as part of the bloc’s humanitarian aid to refugees. fleeing from war.

The proposal, which takes the form of a recommendation to EU governments and would need their support, would give European Union refugees the right to convert up to 10,000 hryvnias per person, free of charge.

Based on the official exchange rate of the National Bank of Ukraine, the rate that would be used, that would be equivalent to a maximum of 307.91 euros.

Since the Russian invasion of Ukraine, more than 3.8 million people have fled across the border into EU countries. The bloc has already granted them “temporary protected” status, which means they have the right to work, receive medical care and send their children to school.

The Commission said its recommendation was intended to ensure a coordinated approach across EU countries and was necessary because Ukraine’s central bank had to suspend trading to protect the country’s limited foreign exchange reserves.

This meant that EU credit institutions were unwilling to exchange hryvnias due to the limited convertibility of banknotes and exposure to foreign exchange risk.