Scotland’s first game at a major tournament since 1998 ended in defeat as they were beaten 2-0 by Czech Republic at Hampden Park.

Patrik Schick scored twice, including an impressive strike from the halfway line, to secure victory for Czech Republic.

Sportsmail’s MARK WILSON assesses how Scotland’s players fared, while BRIAN MAJORIBANKS runs the rule over the Czech side. 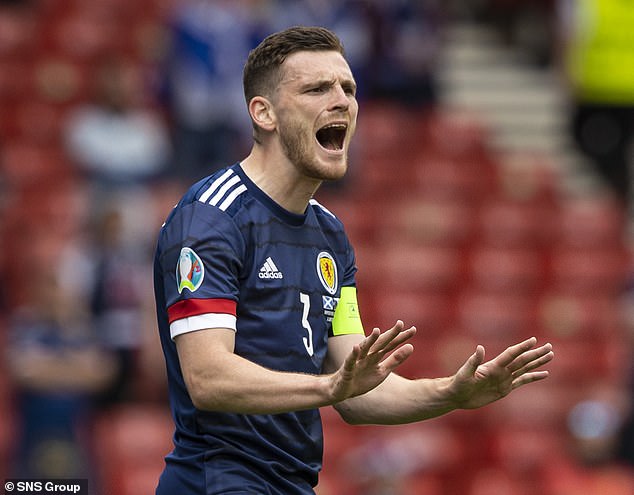 Desperate, forlorn retreat when beaten by Schick’s 50-yard wonder strike. A few decent saves either side of the same player’s headed opener. Whipped a shot against the bar as Scotland sought an equaliser. But another, blocked attempt led to Czech break and Schick’s stunning second goal.

Threw himself into every challenge going and won his fair share. One of two outjumped by Schick for opener but decent display.

Started solidly enough as the left-sided centre back in the absence of Tierney. Found Czech movement tough at times and was beaten by Schick in the air.

Clumsy touch needlessly conceded a throw-in at the start, setting the tone for an often uncertain performance. Made way for Forrest late on. 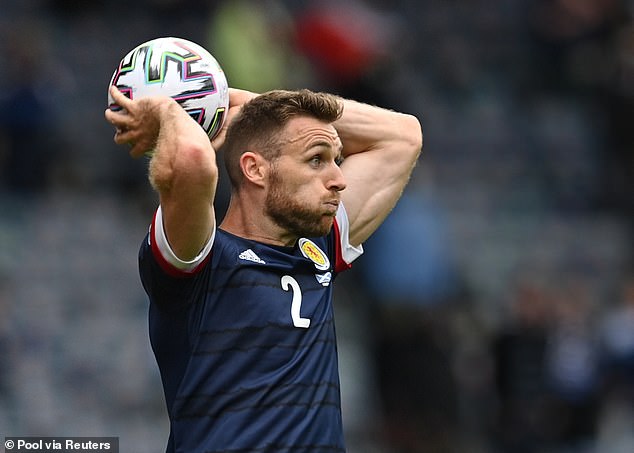 So often Scotland’s talisman, he saw an early effort blocked. Attempts to barrel his way forward were often halted by the powerful Czechs.

Manchester United man was asked to be the main midfield pivot, yet never managed to exert real control amid a fractured team display. 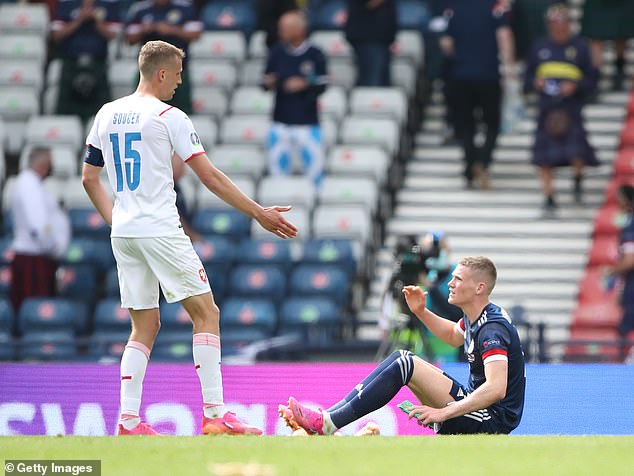 Selected ahead of McGregor or Gilmour as the third central midfielder and tried to add some drive. Deflected drive looped onto roof of net.

Captain was Scotland’s best player by a distance and tried to lead the fight. But needed more accuracy with first half strike tipped over the bar by Vaclik.

Celtic man sought to provide a couple of creative flickers in opening period and set up Robertson’s near-thing. Replaced by Adams at the interval. 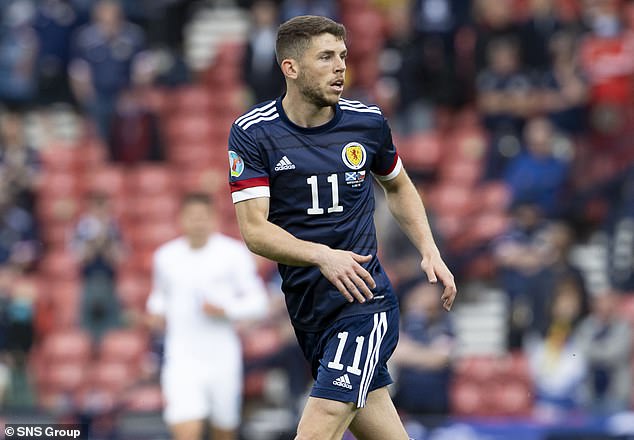 Twice denied by Vaclik during the second half. Favoured ahead of Adams but didn’t get too much out of Celustka or Kalas in aerial duels.

Team selection prioritised power over finesse, with the absence of Adams especially puzzling. Felt like an opportunity missed after such a long wait.

Keeper made three fabulous saves from Robertson and Dykes while also preventing Tomas Kalas scoring an own goal.

Familiar sight for West Ham fans as impressive right back floated in a wonderful cross for Schick’s first goal. 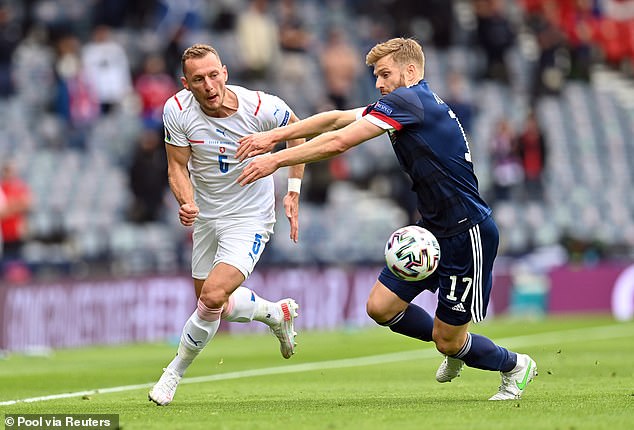 A steady shift but Bristol City centre half had keeper Vaclik to thank for stopping him putting through his own net.

Slavia Prague left back had one nervy moment after halting a run by Scott McTominay but VAR ruled no penalty.

Influential West Ham star contributed an assist for Schick’s second when Hendry’s shot from edge of the box rebounded off him. 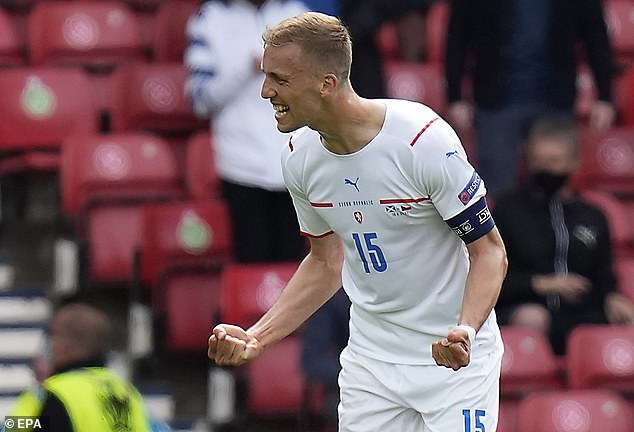 Having excelled for West Ham, Tomas Soucek caught the eye here and provided an assist

David Luiz lookalike, linked with a move to West Ham, was energetic, aggressive and impressive in midfield.

More joy in Glasgow for a Slavia Prague attacker, whose club side knocked Rangers out of Europa League this season.

Hertha Berlin midfielder captained Czechs and forced Marshall into one fine save with blistering low drive.

Sampdoria midfielder with bleached-blond Gazza look was a danger down the left hand side.

Bayer Leverkusen star scored wonderful header then a world-class second from the halfway line for goal of tournament so far. 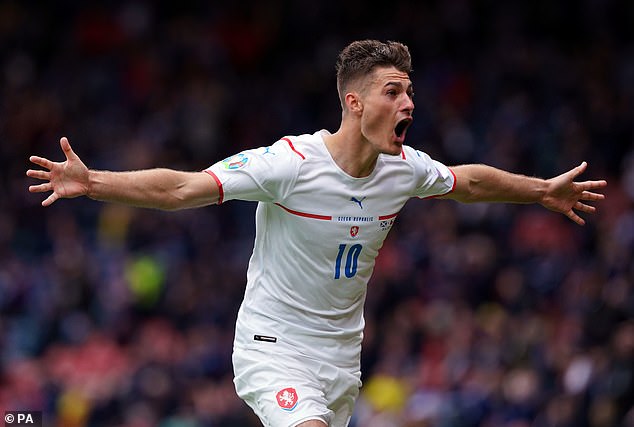 His Czechs conceded the first goal in each of their last four Euros but now have one foot in the knockouts.