At the stroke of 7pm on Friday the streets of the nation will empty as the eyes of an expectant nation fall on the home of English football, hoping Gareth Southgate’s resurgent England side can roll back the years to Gazza and Euro 96 and conquer their oldest and most bitter rivals Scotland in the Euro 2020 match everyone has been waiting for.

The Daily Mail‘s chief sportswriter Martin Samuel argues that the younger generation of England players might not quite nurture the bitter enmity or savage loathing this historic clash inspired in their predecessors – on and off the pitch.

But former England midfielder Danny Murphy insists hungry, relentless and ‘nasty’ new guard Mason Mount, Kalvin Phillips and Phil Foden will have too much power, grit and never say die Three Lions spirit for a Scots side reeling from a first match drubbing at the hands of the Czech Republic.

In a hilarious moment former striking legend Alan McInally brings out his battered old Scotland cap and breaks into an old Tartan Army war cry to goad the English panel, but when pushed for his prediction from Pougatch the big man has to concede…

‘If Scotland get a 1-1 it’ll be as big an achievement as swimming the channel!’

For all this and much more exclusive chat on the biggest game of the tournament so far – watch our brilliant football show Game On! 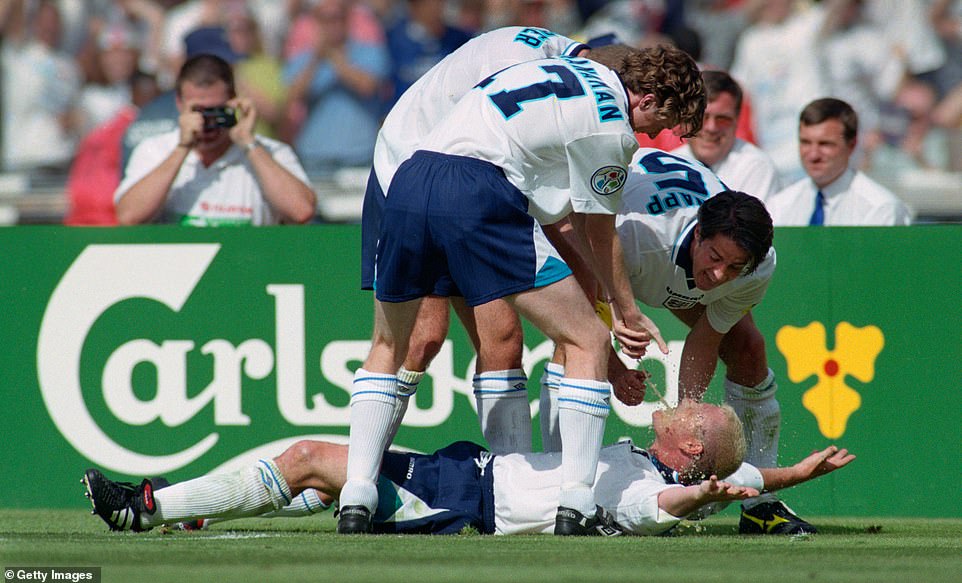