Paul Pogba is often accused of only baring his teeth when he plays for his country as opposed to his club.

The Manchester United midfielder’s impressive performance as France won their Euro 2020 opener against Germany on Tuesday will have done little to dispel such suggestions.

Pogba played a crucial role in his side’s winner with a superb pass that ultimately led to Mats Hummels’ own goal. He won tackles, tracked back and showed intelligence and discipline to repel the Germans.

It was a display in which Pogba showed bite – and perhaps was bitten. Literally. The 28-year-old appeared to suggest to the referee that he Germany’s Antonio Rudiger bit him on the shoulder during the first half in Munich.

It was all part of an eventful night for Pogba – on what was a solid start for his country in Munich.

Pogba’s second spell at Manchester United – the club he rejoined from Juventus for a then-world record Â£89m fee in 2016 – has been a turbulent one. Last December, his agent Mino Raiola said the midfielder was “unhappy” at Old Trafford and had to leave. Yet with France, it has been a different story – as his 2018 World Cup winners’ medal proves.

On Tuesday, he was a model of focus and flair – a wonderful lofted pass with the outside of his boot setting up the only goal.

He also provided the most passes by a France player in the German half, was engaged in 20 duels for the ball (more than twice as many as any of his team-mates), made a team-high three interceptions and gained possession a game-high 12 times.

It earned him Uefa’s ‘star of the match’ honour.

‘We’ll call it a nibble’

Rudiger’s first-half clash with Pogba was one of the game’s many talking points.

Replays were inconclusive, with the German defender placing his mouth against the back of his opponent, who then remonstrated with the referee in a manner that insinuated a bite had occurred.

Little was made of it by the officials, with both players clearly having patched up any differences by full-time, but this did not stop Ian Dennis and Dion Dublin discussing the matter on BBC Radio 5 Live.

Dennis added: “There was a little bit of Silence of the Lambs there. It looked like he was tempted but at the last moment he put his mouth there.”

On Match of the Day, Rudiger’s former Chelsea team-mate Rob Green gave some insight into the defender’s mentality.

“He is just trying to get a reaction,” the former England goalkeeper said. “It is not a full-on bite but he knows his team is struggling to contain him [Paul Pogba] and he has thought: ‘I have had enough of this. I am going to try something.'”

Former England international Alex Scott added: “In terms of when it goes through your head as a player, you know the amount of cameras [there are] and replays and you can’t get away with anything. We’ll call it a nibble.”

Meanwhile, on social media, you have been having some with fun with the incident… 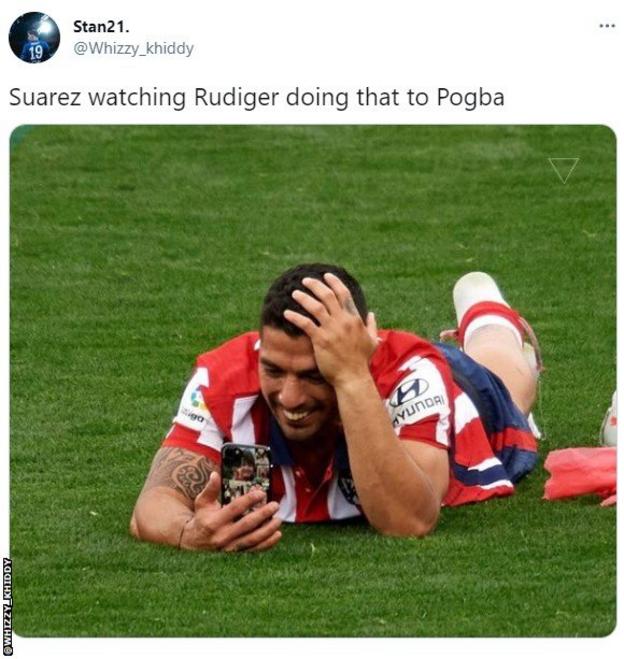 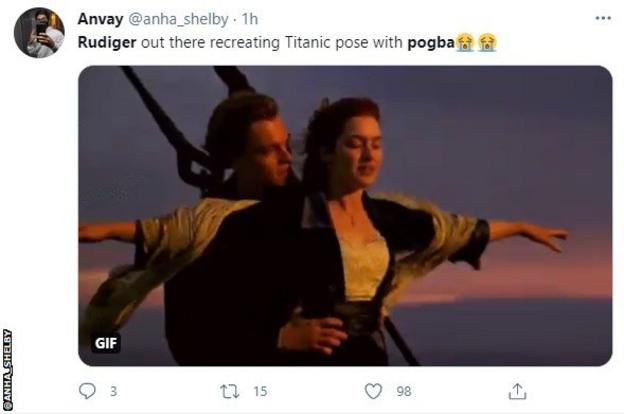 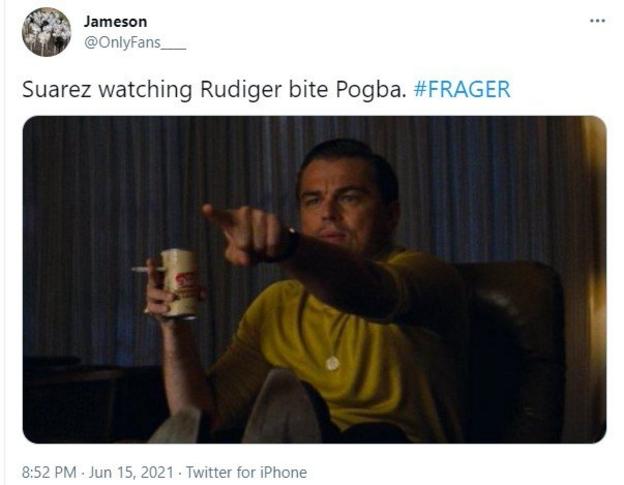 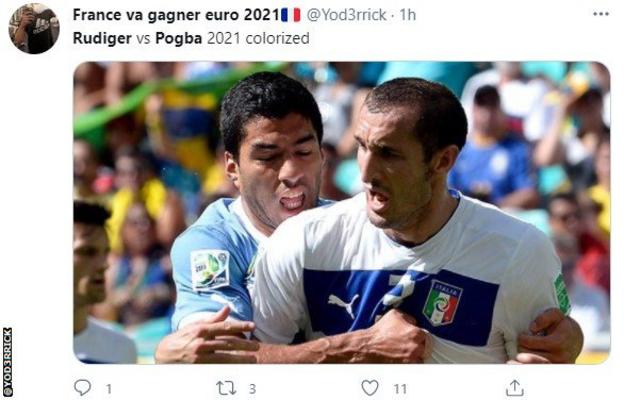 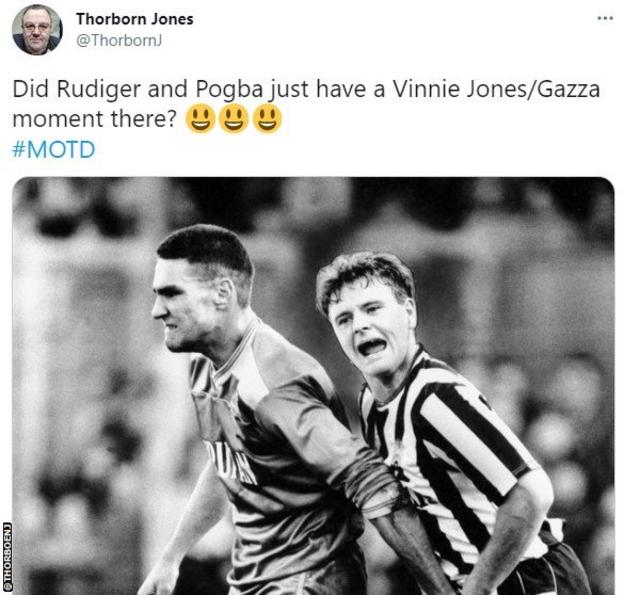 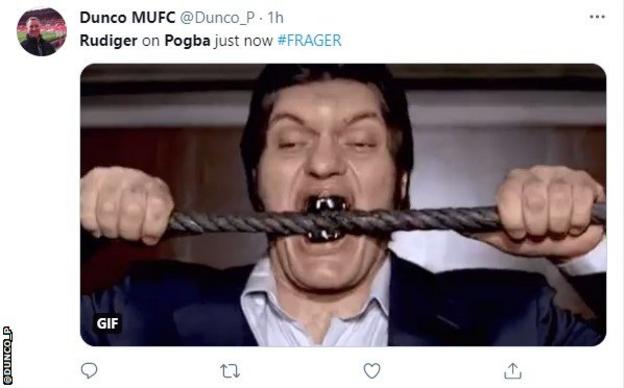 ‘I was expecting more from France but they will say “who cares?”‘

Back to more serious matters.

France’s win did not bowl over many of our pundits, most of whom picked the world champions as their likely winners before the tournament.

However, despite failing to live up to the big hype, Didier Deschamps’ team did what was required and clearly have extra gears to move up into as the tournament progresses.

“France just got over the line,” said Dublin. “They got a bit of luck when they needed it. I was expecting more from them but they will say, ‘who cares?’

“They will be happy to look terrible. They don’t seem to have harmony off the pitch, there is always someone moaning, but when it comes to the game, it doesn’t seem to matter. The cream always rises and that’s what happens with France.

“The quality of the football is very good and the players on show are very, very good.”

The final word goes to former Blackburn and Chelsea striker Chris Sutton, who sees nothing for the favourites to worry about just yet: “If the French turn up and perform to their ability, they are going to win it.”

Covid jabs plunge to under half their peak of 844,000 a day as doses become 'tight'