Tyrone Mings described his first experience of tournament football as perfect and a dream come true.

The 28-year-old Aston Villa defender gave an assured performance alongside John Stones at the heart of England’s defence in the 1-0 win over Croatia.

And as the only left-footer in the back four, he appears certain to keep his place for Friday’s game against Scotland. 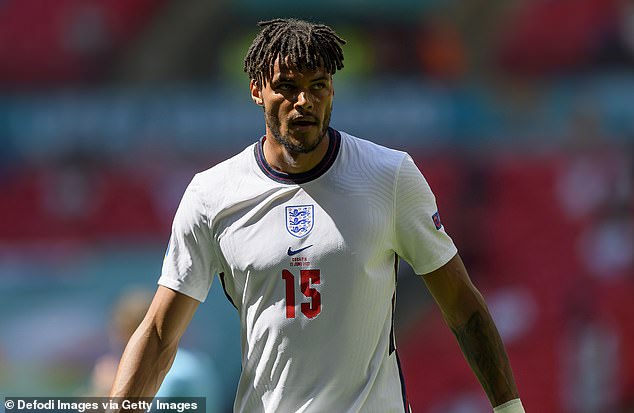 Mings is a latecomer to the international stage, having made his debut at the age of 26 in the European Championship qualifier in Bulgaria that was marred by racist chanting 18 months ago.

He began his career at non-League clubs Yate Town and Chippenham. But he has taken advantage of Harry Maguire’s injury to become a key player for Gareth Southgate.

‘It was about as perfect as it could have gone,’ said Mings. ‘It’s a dream come true to play in a major tournament for England and I loved every second of it. 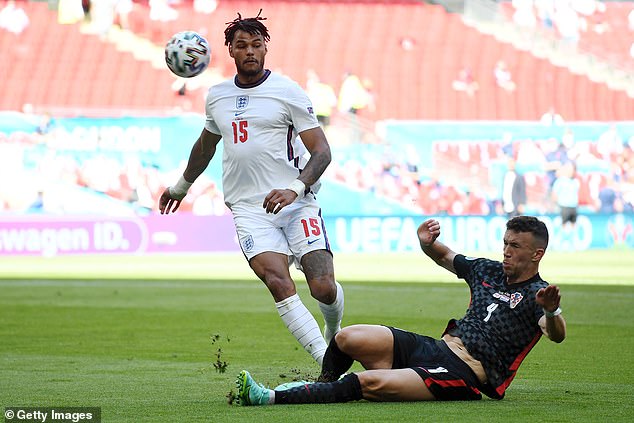 ‘It was important to make a good start. We know the threats they have and how hard it could have been. It was great to play in front of our home fans and to cap it off with a win is perfect.’

With temperatures at Wembley reaching 86ºF (30ºC), Mings said he had never faced such conditions, and Southgate responded by making three substitutions and taking the unusual step of removing captain Harry Kane in the closing stages.

‘It’s probably the hottest game I have ever played in,’ said Mings. ‘It was hard. We found strength and belief in our warm-up games and training. 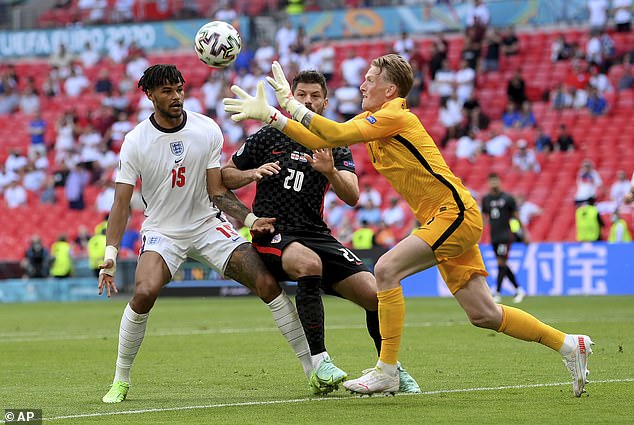 With temperatures reaching 30ºC, Mings admitted it was the hottest game he has played in

‘Full credit to the staff and players who came on to give us more energy.

‘The team showed a lot of grit, a lot of determination and a lot of quality. It was an all-round great day.

‘We wanted a second goal, but it was important we were resilient and kept a clean sheet. We felt composed and in good shape so all credit to the whole team.’

Polar bears are being uncovered to TOXIC 'endlessly' chemical substances as they're launched from melting Arctic...