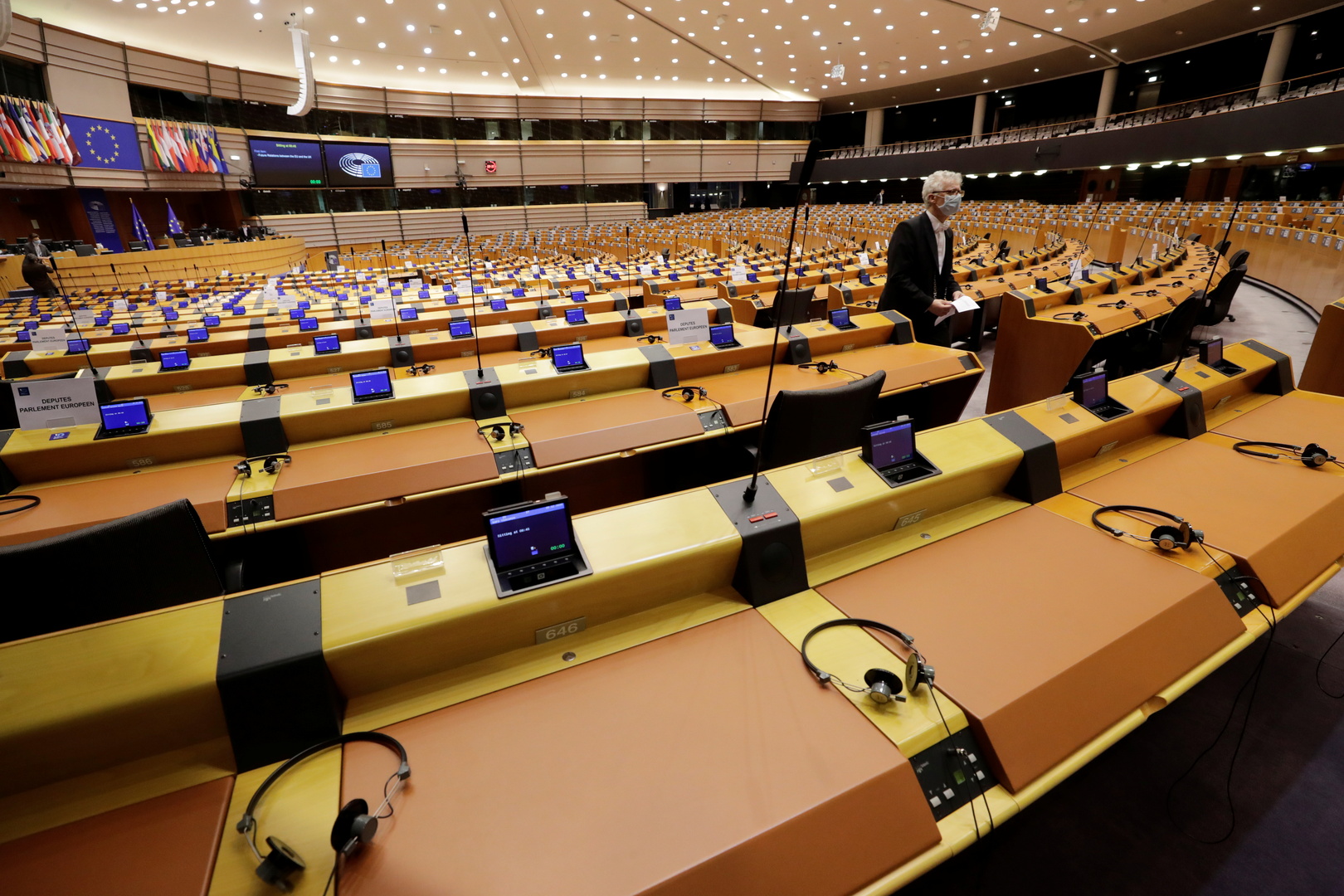 The deliberations hall of the European Parliament in Brussels.

Philipp Lambert, a left-wing MP in the European Parliament, accused the European Commission of favoring multinational pharmaceutical and vaccine manufacturers and serving their interests because the commission kept its contracts with it secret.

Lambert considered, in criticism on the waves of the Belgian radio “La Promier” (the first) today, Tuesday, the ambiguity surrounding the contracts for the purchase of vaccines signed by the European Commission with the companies producing them due to the secrecy surrounding them as unacceptable, calling for the disclosure of their details and conditions to the citizens of the European Union.

Lambert said, “Maintaining the secrecy of contracts protects the interests of multinational companies and not the interests of citizens. Here we see that European leaders have not shown enough firmness in the negotiations.”

He added that “if we want to enhance confidence and fight false news and misinformation, the level of transparency must be raised,” considering that the confidentiality of Brussels is due to its compliance with the demands of vaccine companies and laboratories that do not like free competition, on which the liberal system is based in principle, but rather monopoly.

Philip Lambert’s voice is added to other voices from the European Parliament calling for the lifting of the secrecy of European Corona vaccine contracts, similar to the socialist Eric Andreu, a few days ago, who said, “It is not right that the interest of multinational companies exceeds the public interest.”

Vague information about these contracts is circulating among European public opinion, including that companies were imposed in the contracts on condition not to follow them legally and to demand compensation in the event that those vaccinated with anti-Corona vaccines were exposed to serious symptoms that harm their health or lead to their death.

It is worth noting that, with the exception of the relatively German company, “CureVac”, the international companies producing Corona vaccines that the European Union deals with, namely Pfizer / Biontech, AstraZeneca, Johnson & Johnson, Sanofi – GSK and Moderna, have refused to disclose their contracts with the European Commission of MEPs regarding Acquisition of epidemic vaccines.

AHEAD OF THE GAME: Leicester City’s Wes Morgan in line for PFA role