By Jim Norton Technology Correspondent For The Daily Mail

Google has revealed its most searched for term in the UK this year was ‘Euros’, following the England team’s run to the final in July.

Football dominated the search engine’s 2021 list, with ‘Premier League’ and the Danish player Christian Eriksen, who collapsed on the pitch during the tournament, coming next.

The first pandemic-related search, ‘Covid vaccine’, came in fourth while Jackie Weaver, made a surprise entry on the list of most searched for political figures. Handforth Parish Council’s finest came eighth on the list after featuring in a hostile Zoom meeting that went viral. 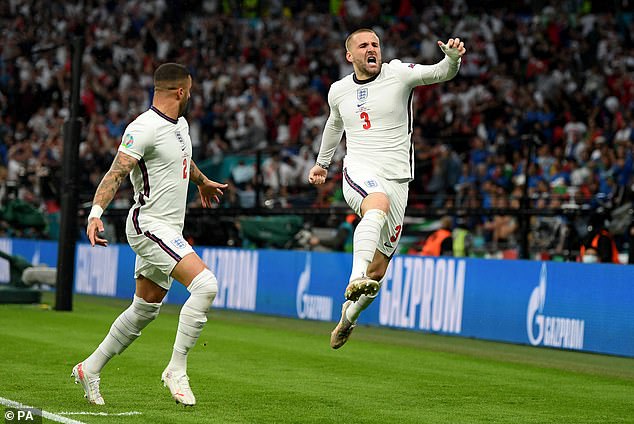 Football dominated the search engine’s 2021 list. Pictured: Luke Shaw (right) celebrates putting England 1-0 ahead against Italy in the final of the Euros

Last year the list was dominated with searches about the pandemic, with coronavirus-related terms made up three of the five.

This year, it was football that the nation were most keen to know more about following the England team’s heroic run to the final, only narrowly losing on penalties to the winners Italy.

The top two most searched for question was ‘Is Facebook Down’ following the huge outage in October that saw several of the tech giant’s platforms go down globally for around seven hours. 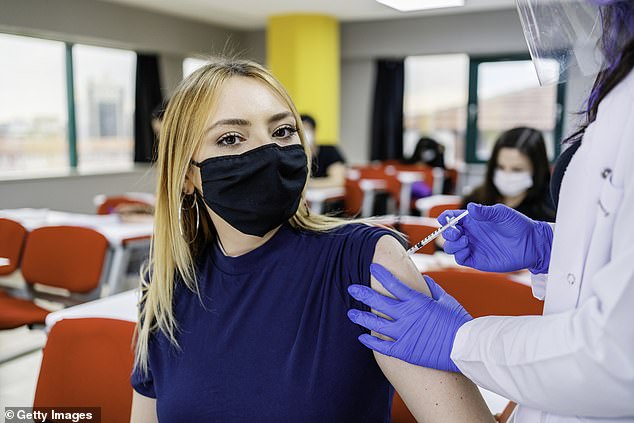 Last year the list was dominated with searches about the pandemic, with coronavirus-related terms made up three of the five (file image)

In third place was ‘When will lockdown end?’ and fifth was ‘When will I get my vaccine?’, while fourth on the list was ‘What does COP26 stand for?’ after the recent event in Glasgow.

Topping the ‘People’ list was Christian Eriksen, followed by Matt Hancock, and third was the US Open winner Emma Raducanu.

On the most searched for TV programmes, the South Korean series Squid Game topped the list, while Netflix’s period drama Bridgerton and the BBC’s The Serpent followed. 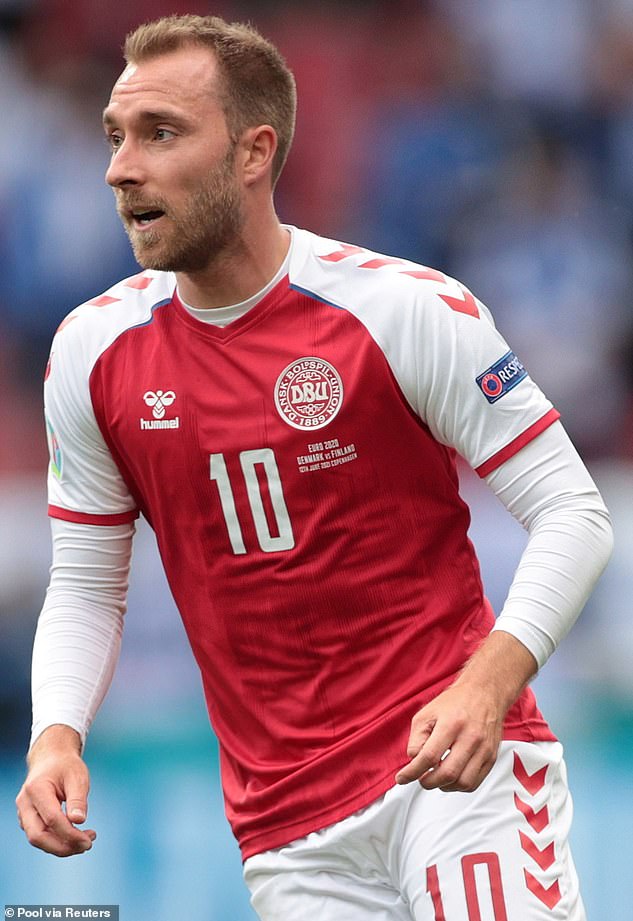 Topping the ‘People’ list was Christian Eriksen (pictured), followed by Matt Hancock, and third was the US Open winner Emma Raducanu

Science fiction adventure Dune was the most searched for film, followed by Marvel blockbusters Black Widow and Eternals.

While James Bond’s latest No Time To Die was the highest grossing film in the UK, raking in more than £66m in its first three weeks, it only came fourth.

Matt Cooke, Head of Google News Lab, said: ‘It’s no surprise that 2021 has revealed some interesting insights into the zeitgeist of the nation.

‘During a year of unpredictability, we have turned to sport, entertainment, gardening, recipes and UK-based travel to get us through some of the most frustrating and difficult times.

‘We have seen searches for prominent women dominate the top of our lists, as well as huge rises in second-hand and sustainability queries over 2021.

‘Year in Search always provides fascinating insight into what the nation is thinking, learning and discovering – about themselves and others.’ 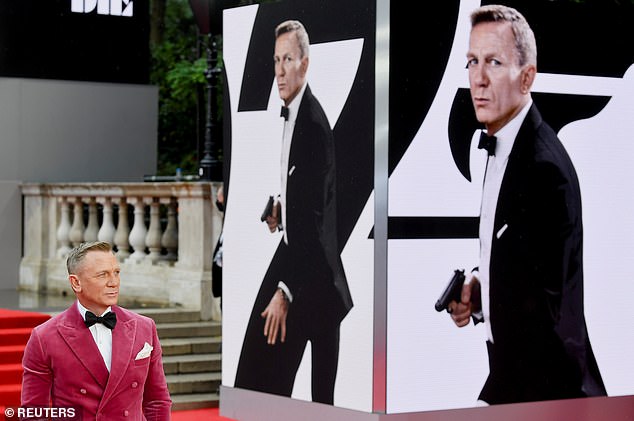 While James Bond’s latest No Time To Die was the highest grossing film in the UK, raking in more than £66m in its first three weeks, it only came fourth