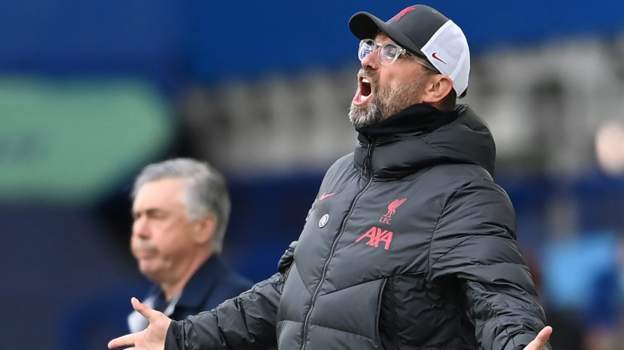 Jurgen Klopp says his side should have won the Merseyside derby after Liverpool were denied a stoppage-time winner against rivals Everton by a controversial VAR decision.

Watch highlights of Saturday’s Premier League action on Match of the Day from 22:25 BST on BBC One and BBC iPlayer.

Thai protesters back on Bangkok's streets in defiance of police