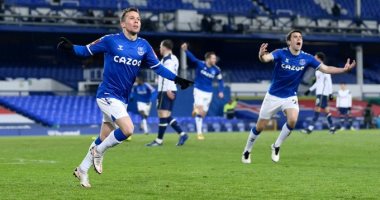 Everton faces Burnley at nine in the evening at Goodison Park, in the fourth round of the English Premier League, and Burnley scored the last victory over Everton last season with two goals without a response.

In the next match, Burnley will face Arsenal on Saturday, 18 September in the fifth round of the Premier League, while Everton will face Aston Villa.

In a separate context, Juventus had announced his contract with Moise Kean on loan from Everton for a period of two years, to return the Italian striker to the club with which he started his professional career.

In an official statement, Juventus confirmed that he had reached an agreement to pay seven million euros ($8.28 million) in the loan, three million euros in the 2021-2022 season and another four million next season.

Kane, a youngster from the youth sector in Juventus, made his first match for the first team in 2016 when he was 16 years old, becoming the youngest player to participate with the club and the second youngest player to score a goal in the Italian Serie A.

For his part, Everton coach Rafa Benitez confirmed that there are clubs interested in contracting the Colombian James Rodriguez, but the player is still in the English team and is training normally with his colleagues.

How to make kebab with basmati rice

Why do you feel muscle pain after exercising?.. Tips to relieve pain

Why do you feel muscle pain after exercising?.. Tips to relieve pain