Everton and England star Dominic Calvert-Lewin has opened up on his experiences of being racially abused – and revealed his first encounter came on the school playground.

The 23-year-old provided a telling insight into the issue in football and society to help the Premier League launch the second phase of their No Room For Racism initiative.

Calvert-Lewin was one of several high-profile players, including Neal Maupay, Divock Origi, Hamza Choudhury and Manchester City Women’s player Demi Stokes to speak honestly about their own personal experiences of racism as part of the Premier League’s series of new educational resources and revealed that he was just a young boy when he was first confronted by the problem. 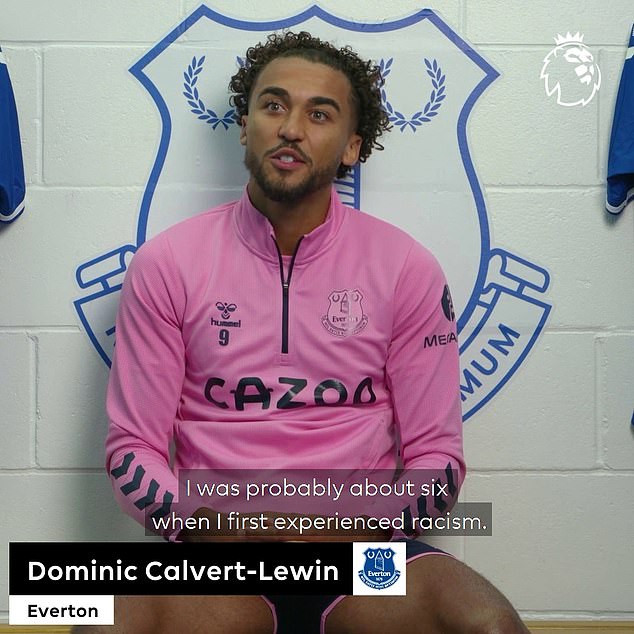 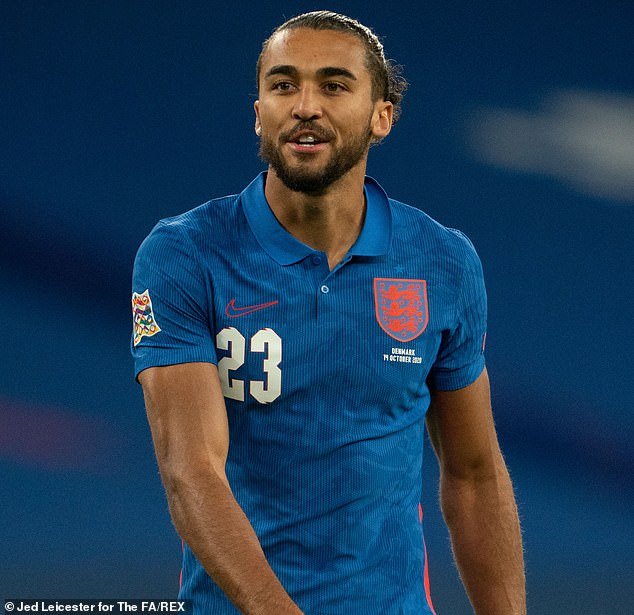 ‘I think I was probably about six when I first experienced racism,’ he recalled. ‘At that age the person that’s being racist towards you probably doesn’t quite understand what it really means, or what they are actually saying.

‘The lad who it was actually became one of my best friends throughout school. It was just a prime example of not being educated at that point. I remember being so angry. I probably went home to my mum and told her and my dad.

‘They’ve always said to me just be comfortable in your own skin and always love yourself no matter what you look like.’

In Calvert-Lewin’s professional career, there has been numerous times when the racial abuse has appeared directly on his social media accounts sent from online trolls. 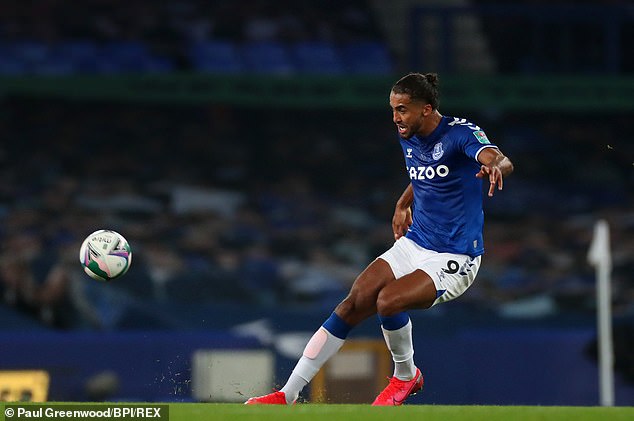 ‘It’s more on your Instagram, direct messages or wherever. Usually from anonymous people that make accounts,’ he said. ‘I have experienced it and I think for me because I’m comfortable in my own skin and try not to let anything externally affect what’s going on inside I kind of brush past it, but that doesn’t mean that it’s OK.

‘Some players have reported it now and it’s nice to know that if you do report it, something’s going to happen. I feel like in the past it’s been too easy to kind of think, I have to deal with it, it’s part and parcel, which it’s not.

‘You know people are getting punished now for what they are saying. On social media it’s a coward’s way of them trying to offend you without being confronted. It’s not acceptable in any way, shape or form.’

Calvert-Lewin, who will line-up against arch-rivals Liverpool in the Merseyside derby on Saturday, is not the only Premier League star to suffer racial abuse online with Wilfried Zaha and David McGoldrick just two to have reported it in recent months.

The Premier League have growing concerns about the problem and are actively putting pressure on social media companies to address it as part of their anti-racism campaign. 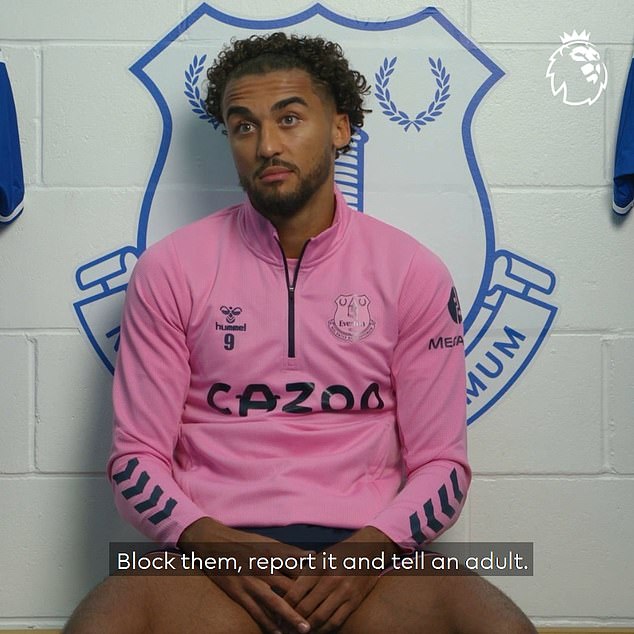 PHASE TWO OF PREMIER LEAGUE’S NO ROOM FOR RACISM CAMPAIGN

• As part of its long-term commitment to address racism in football and wider society, the Premier League is launching a series of new educational resources featuring content from Premier League players

• These free teaching materials are designed to help stimulate discussion in the classroom and will be available to more than 18,000 primary schools in England and Wales through the Premier League Primary Stars programme

• For more information on the new educational resources visit plprimarystars.com 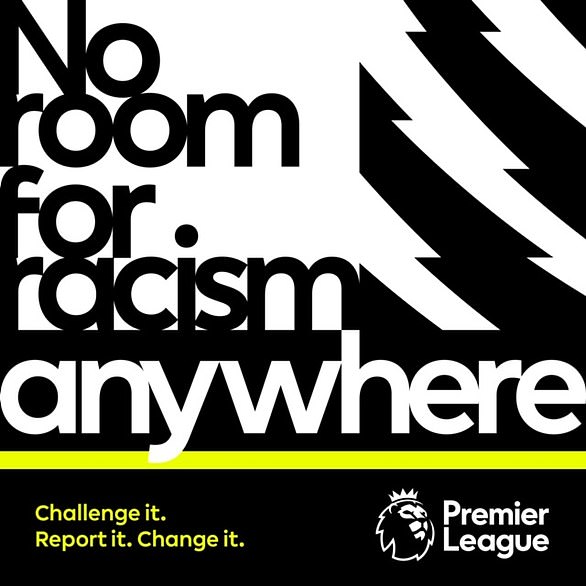 The No Room For Racism message will be visible at all Premier League matches between 17 and 26 October.

The Everton forward has been a huge advocate of the Premier League’s No Room For Racism programme, which was introduced last March in an effort to tackle discrimination across all areas of football.

As part of of its second phase, the No Room For Racism message will be visible at all Premier League matches between October 17 and 26 and appear on the sleeves of every club shirt.

Calvert-Lewin admitted he is deeply saddened that these messages still need to be driven home, but is glad a stand is being taken and that he is beginning to see signs of change.

He said: ‘It’s disbelief really when it happens. Like, wow, is this still happening? You still receive that kind of hatred just because you’ve got a different colour skin. 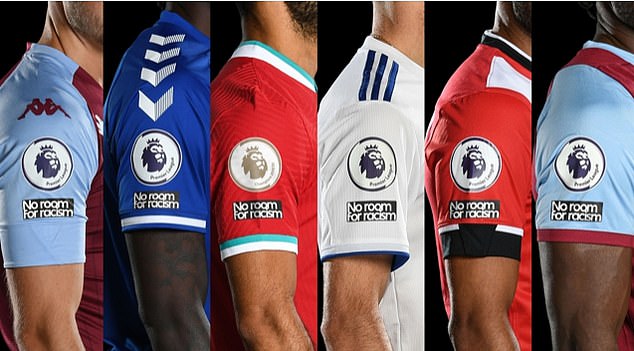 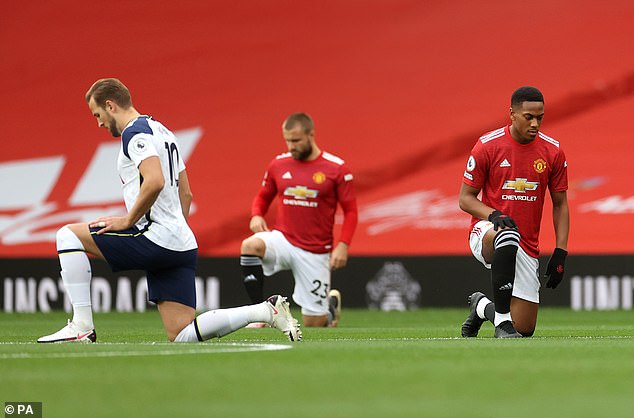 ‘It’s obviously awfully sad that racism is still alive and still going on but it’s also very empowering to know that people of all different ethnicities are standing with the movement and fighting for what’s right.

He continued: ‘With the platform that the Premier League’s got – to have the ‘Black Lives Matter’ on the shirts and to be able to take the knee – it was very important that they got behind it. You’d think in this day and age that this wouldn’t be happening but it’s a long, unfinished process.

‘I think this period of time was a real show of significance towards change and you know the marches of people, getting behind it… I thought it was of real significance.’

Muhammad Ali was one of the early inspirational sporting figures who spoke out against discrimination and Calvert-Lewin admired the famous boxer for what he done to help shine a light on the problem.

He said: ‘I used to really like Muhammad Ali and I’d have a big canvas of him at the top of my bedroom stairs. He was a role model to me, even though I wasn’t too educated on him. 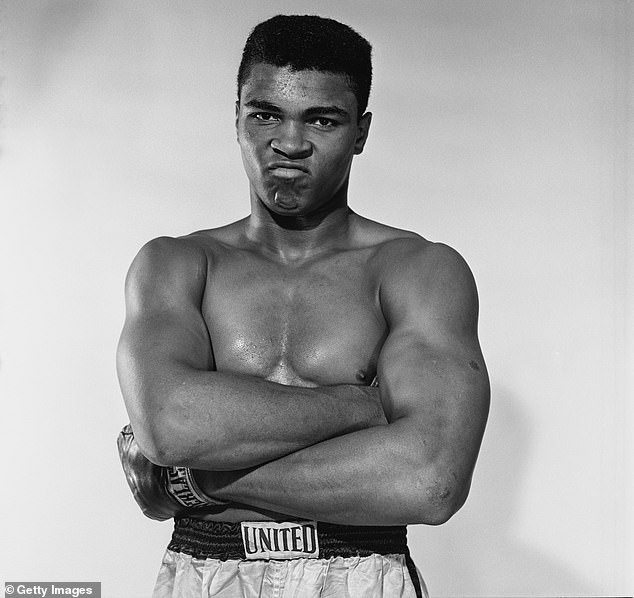 He also spoke of his admiration for Muhammad Ali, who famously spoke out against racism 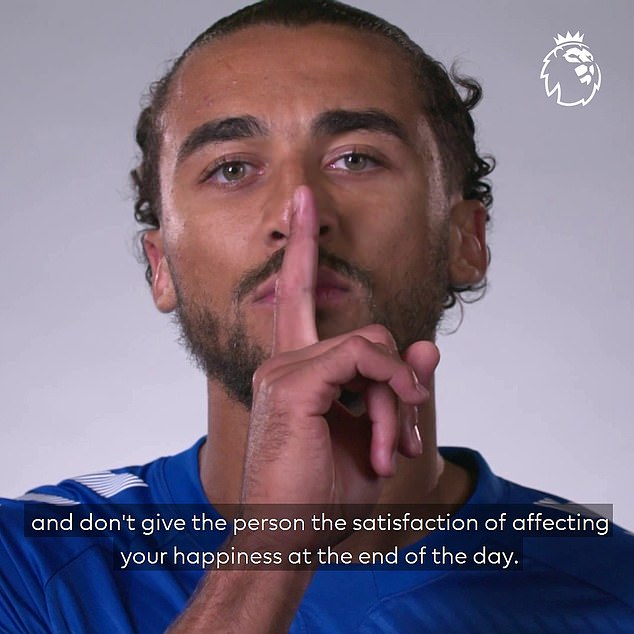 ‘I obviously knew he was a boxer and what he stood for but maybe not so much in detail. He’s definitely someone I looked up to and would watch videos on. His charisma as well, I kind of learn from him.’

Calvert-Lewin also had some powerful words of advice for young people on how to deal with racism.

He added: ‘Racism is the lowest of the low. When it first happens, you react in a certain way and it can affect you but unfortunately we can’t control what people say to us.

‘[It’s important] to love yourself and don’t give the person the satisfaction of affecting your happiness. My advice would be to stand strong and be comfortable in yourself and speak.

‘Speak to whoever you need to speak to, whether that be your family members or your friends. It’s unfortunate that it’s still going on but like I say, speak out. Report it as well because things are getting done nowadays, especially with what’s happening at the moment. I think it’s important to be vocal and don’t be afraid. Never be afraid.’