The alleged sexual assault is said to have taken place when the former television and radio star was at a party at a nightclub in London’s West End in 2008, jurors were told.

Leslie, 55, denies an allegation of sexual assault by non-consensual touching and is on trial at London’s Southwark Crown Court.

On the opening day of the trial today, jurors heard the alleged victim had approached Mr Leslie at a celebrity Christmas party in Greek Street, Soho, on December 5, 2008.

She alleged that ‘without saying anything’ Leslie ‘grabbed both of her breasts’.

The woman, who came forward in 2017 in response to the #MeToo movement, alleged Leslie then ‘laughed again and walked off’, the court heard. 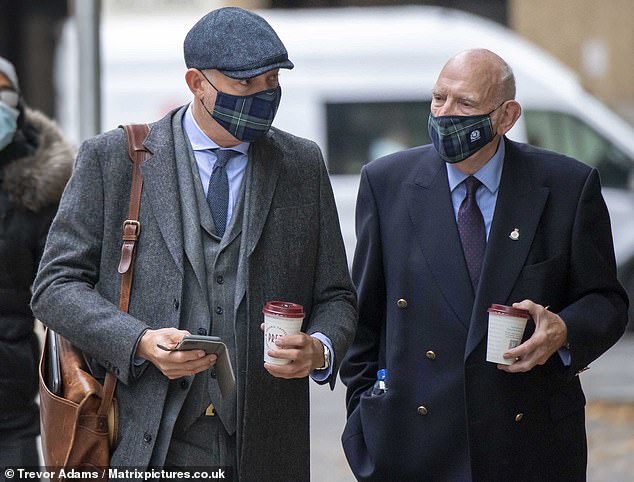 ‘Back in 2008, the defendant Mr Stott attended a party in a nightclub in London.

‘Shortly afterwards he grabbed the breasts of a young woman, quite deliberately for a period of a few seconds before walking off.

‘The young woman was stunned, shocked and spoke to people about the incident at the time.’

She added: ‘The Christmas party was taking place in Greek Street, Soho. [The woman] was present.

‘A male she recognised as John Leslie, made his way to the bar, and introduced herself. She shook his hand and explained who she was.

‘Without saying anything, he grabbed both of her breasts with both of his hands, laughed again and walked off as he did so.

‘This went on by her estimation for about three seconds. This is clearly no accidental touching, but a deliberate sexual assault.

She added: ‘He knew that no one was going to challenge him.’

The prosecutor said the alleged victim spoke to people she knew at the time.

But she said the woman only came forward and spoke to police after reading about other experiences in the #MeToo movement – which became widely circulated in 2017 in light of allegations made against American film producer Harvey Weinstein. 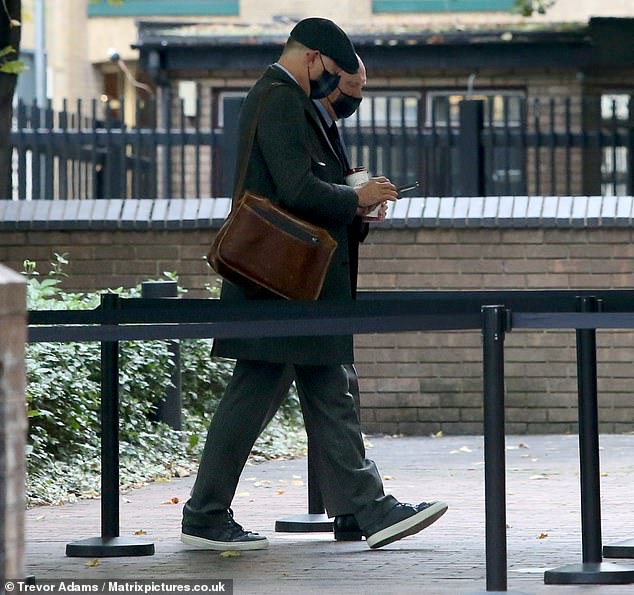 The ex-television and radio presenter, 55, was seen arriving at London’s Southwark Crown Court this morning wearing a green tartan face mask emblazoned with ‘Scotland’ and a thistle on one side

Ms Ledward said: ‘In recent years, other victims of sexual assault by high profile names have come forward as part of the MeToo movement.

‘She began to feel more angry about what she had experienced and decided to speak to the police.

‘In March 2018, Mr Stott voluntary attended a police interview. He chose not to have a solcitor and answered no comment to every question.

‘He only said, “I’ve not assaulted anyone ever”.’

Leslie, of Edinburgh, wore a checked grey three-piece suit, a blue shirt with a navy tie and carried a large bottle of sparkling water.

His father, Les Stott, sat listening in the court, where everyone involved in the hearing was socially-distanced.

Throughout the pandemic, whenever we have dared to hope normal life might soon return our hopes...