Former health secretary Matt Hancock has been spotted enjoying a romantic break in the Swiss Alps with his lover.

The ex-minister and Gina Coladangelo tried to keep a low profile as they stayed at a £87-a-night resort which lies in the village of Villars-sur-Ollon, near Montreux.

Pictures which were seen tonight appeared to show the pair heading out for dinner with friends. Mr Hancock wore a baseball cap while Miss Coladangelo dressed casually in denim.

The couple drove to the resort from the UK for what is thought to be their first holiday abroad together since their relationship was revealed in June, The Daily Express reports. 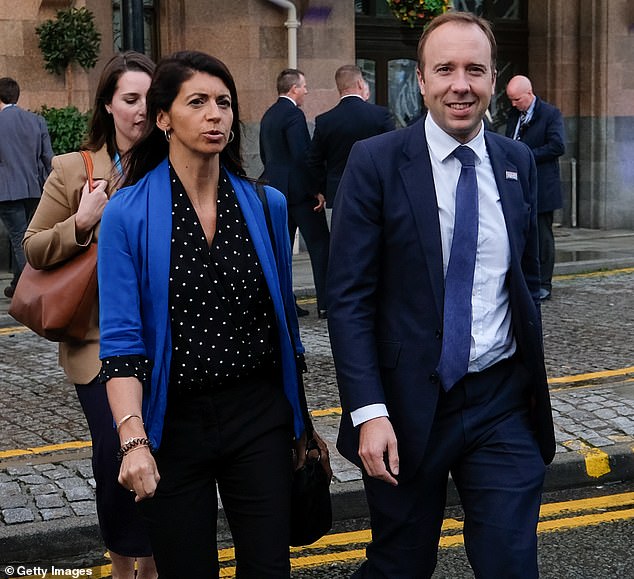 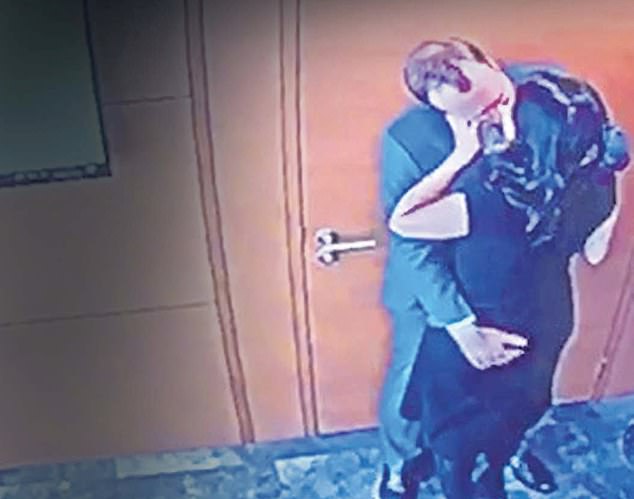 It was Mr Hancock’s second holiday in as many weeks after he was spotted hitting the surf in Cornwall with his children last month.

It comes just months after Mr Hancock, 42, was forced to quit the Cabinet when CCTV from his Whitehall office was leaked of him kissing his married aide Miss Coladangelo, 44, in breach of Covid social-distancing guidance.

After the footage emerged Mr Hancock confirmed his resignation and said he wanted to ‘reiterate his apology for breaking the guidance’.

He said: ‘The last thing I would want is for my private life to distract attention from the single-minded focus that is leading us out of this crisis.

‘I want to reiterate my apology for breaking the guidance, and apologise to my family and loved ones for putting them through this. I also need (to) be with my children at this time.’

Mystery surrounds the recruitment of Ms Coladangelo, who met Mr Hancock while volunteering at the student radio station at Oxford University in the 1990s.

She worked on Mr Hancock’s failed Tory leadership campaign in 2019 and was secretly taken on as an unpaid adviser at the Department of Health last year before being made a non-executive director on a £15,000 contract.

Earlier this year a Tory source said the pair had become inseparable, adding: ‘They always appeared to be incredibly close. Her status was always slightly mysterious but she went everywhere with him. She was in every meeting.’ 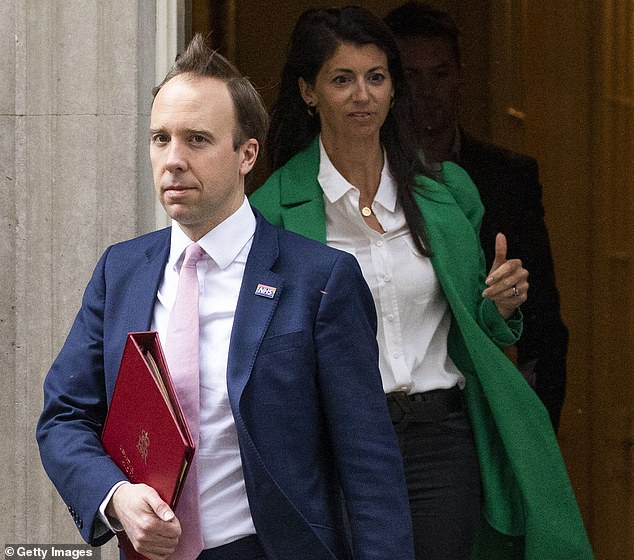 In the wake of the scandal, Mr Hancock reportedly told his wife Martha that their marriage was over and announced he would be spending time away from the spotlight to focus on his three children.

Earlier in the summer, he was seen moving boxes, suitcases and clothes out of his marital home in London.

The latest scenes come after he announced this week that he would be running the London Marathon next month to raise funds for a hospice.

Appointed Health Secretary in 2018 after spending 18 months in the culture brief, Matt Hancock has been a prominent figure for the Government during its handling of the coronavirus pandemic until his resignation on Saturday.

Mr Hancock, who in 2018 became the only MP in British politics to launch his own app, took only eight years to rise from West Suffolk MP to Health Secretary.

The former has made a big play of his varied life before entering politics.

The Oxford and Cambridge educated father-of-three previously worked as an economist at the Bank of England and as chief of staff to George Osborne when he was shadow chancellor of the Exchequer, before becoming an MP.

Mr Hancock, who is said to have met Ms Coladangelo at university, had been married to his wife Martha for 15 years and they have three children together.

Ms Coladangelo, the lobbyist and aide who Mr Hancock is claimed to have had an affair with, told a BBC Radio 4 profile on the politician that the pair met at the Oxford University student radio station, Oxygen FM, where she was a news reader and he a sports reporter.

The marketing and communications director at Oliver Bonas, a British retailer founded by her husband Oliver Tress, told the BBC about how Mr Hancock had ‘told a white lie’ to his radio news desk after failing to make it to cover an international rugby match.

She said: ‘He actually overslept and hot-footed it to the train but didn’t make it to Twickenham in time from Oxford, so had to get off the train at Reading, find a pub, watch the first half in a pub and then go to a phone box outside and report in.

‘So he told a white lie, pretended he was at Twickenham watching the rugby when in fact he was in a pub in Reading.’

France coach: Bosnia complicated our task and our goal was to get 3 points