For Gary Pallister it is never far away from his thoughts. Sometimes, however, something happens which brings it into sharper focus.

The other week, the former Manchester United and Middlesbrough colossus was walking home from a trip to his local village.

‘Then it dawned on me,’ he tells Sportsmail. ‘I’d driven in. I had to go back in and pick the car up. Dear God, how can you forget that you’ve driven in?’ 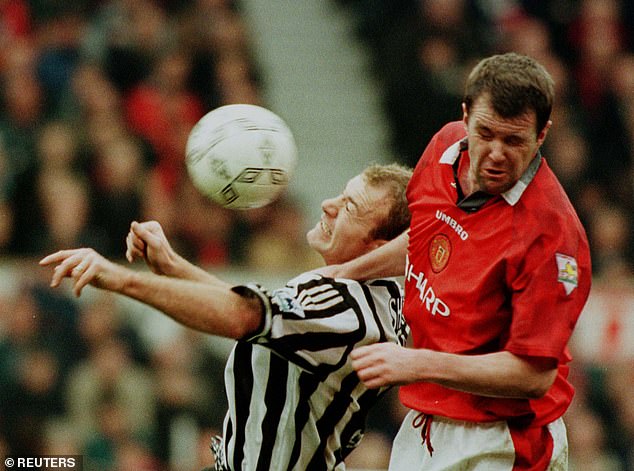 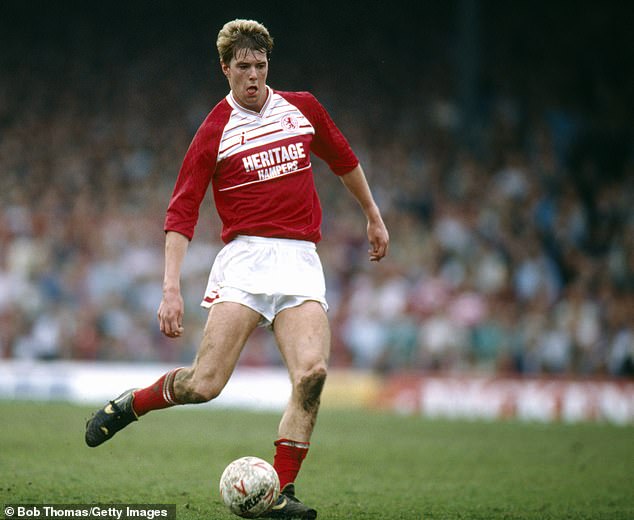 There have been other moments when the ex-centre half allows his mind to wander. Like, for example, the time he settled down in the living room of his house to watch Concussion, the film which tells the story of the forensic pathologist who fought American football’s NFL as they tried to derail his damning research on the devastating brain degeneration suffered by the sport’s players.

‘It wouldn’t be my partner’s or the kids’ cup of tea,’ Pallister explains. ‘So I watched it on my own. It was certainly a moment that made me think long and hard about what I’d done all my life.

‘In the film they say every collision is a concussion because your brain is getting banged about.

We launch our campaign with a powerful back page, saying ‘Enough is enough’. The image is of 28 former professional footballers in this country — just some of the players who have been diagnosed with dementia — while our seven-point charter includes calls for the PFA and FA to commit to increased funding. Our pages include Martin Samuel’s moving interview with Chris Sutton talking about his father Mike’s battle with this horrible disease, as well as heartrending words from Mike’s wife Josephine.

There was a heartfelt piece with Dawn Astle, whose father Jeff tragically passed away aged just 59, with a coroner ruling his death was caused by heading the ball. And strong words from Dr Willie Stewart, whose research has been crucial in tackling dementia.

The PFA then confirmed they had agreed to continue funding his work… after being contacted by Sportsmail.

The campaign gathered immediate momentum as we revealed the PFA had set up a taskforce, one of whose duties would be to properly answer our seven-point charter. England manager Gareth Southgate backed our campaign, while Matt Hughes’s exclusive story revealed the FA are braced for substantial brain injury claims from dozens of former pros. Nobby Stiles’s son John also supported our campaign while Kieran Gill’s touching interview with Jimmy Robson — one of seven players from the great 1960 Burnley team to have been diagnosed with dementia — resonated up and down the land.

Gary Lineker became the latest big name to back our campaign, in a revealing interview with Ian Herbert. Lineker explained he ‘ducked out of headers’ in training to protect himself. Former players Iwan Roberts and Mark Bright revealed they were taking part in a vital research project.

Some of the biggest names in the game threw their support behind us as 1966 World Cup final hero Sir Geoff Hurst and former England captain David Beckham backed us. Frank Lampard revealed he will alter Chelsea training sessions because the dementia threat means there must be a limit on heading, while Wayne Rooney said: ‘Head the ball less to live longer.’ Mike Keegan revealed there had been a PFA own goal as we heard familiar excuses from the union as we sought answers to our seven questions. But last night the PFA revealed they WILL call for a reduction on heading in training, to round off the week on a positive note.

‘You’re thinking, “Every header is a mild concussion”. You think about your career. I got knocked spark out at Newcastle for Boro and they woke me up with smelling salts. The physio asked if I knew where I was. I said “No”.’

Pallister laughs, almost in incredulity. He continues: ‘There was a clash of heads at Hereford in the FA Cup for United and I was sick on the bus on the way home.

‘They are scary moments. After Newcastle I went to hospital and was checked to make sure there’d been no internal bleeding. A few days later I was back in training.’

And then there are the migraines. ‘They started at 17 when I was playing in the Northern League,’ Pallister says.

‘When I first got one I didn’t know what was going on. Numbness up my arm, my vision was blurred. Sometimes I couldn’t speak properly, couldn’t even form words.

‘When I found out that it was a migraine I was quite relieved because you don’t make the link. It was debilitating and would wipe me out for a couple of days.’

The migraines would plague him throughout his career. Each season, between six and eight times.

‘I used to think is this anything to do with heading footballs?’ he says. ‘It was always in the back of my mind.’

When he ended a career that yielded four Premier League titles, three FA Cups and a Cup-Winners’ Cup in 2001, they became less frequent, and eventually stopped. Two years ago, they returned.

‘They are nowhere near the magnitude they used to be,’ he says. ‘Now I have to go in a dark room for an hour.

‘I get the flashing lights when I close my eyes. What they call the dragon’s tail.’

He wonders what this means. ‘I find it too much of a coincidence that they went and now they have come back.

‘The law of averages tells me heading the ball could certainly have a lot to do with it.

Heading the ball was an integral part of Pallister’s game. It was something he worked hard on. Something he and Steve Bruce, the bedrock on which Sir Alex Ferguson’s first era of Old Trafford success was built, excelled at.

‘We’d do drills,’ he recalls. ‘People knocking in balls and me and my centre-half partner heading them out. If you were playing a Wimbledon or a Sheffield United, you’d spend more time on it.

‘Even after training you would stay out and do crossing and shooting. You’d even reverse it where we’re trying to head in set-pieces.

‘It was our bread and butter. Something we were expected to be on top of, something we worked on a lot.’

After watching Alan Shearer’s documentary on dementia and football three years ago, Pallister approached his GP and a sports scientist.

‘You’re thinking, “What are the chances?”’ he explains. ‘The sports scientist told me the only way to know for sure is if you do an autopsy on the brain. There’s no way to find out, I suppose.’

That lack of understanding of the disease and its impact is what prompted Pallister to get in touch, via John Stiles — son of United legend Nobby — who is supporting our campaign along with Chris Sutton, David Beckham and many others.

‘I understand why they are getting behind it,’ he says. ‘For too long we have closed our eyes to what is going on.

‘I’m guilty. I’ve watched it and thought, “Why aren’t we doing more?” But have I spoken to anyone before today? No. I’ve not put it out there.

‘My partner Mary’s mother had dementia and Alzheimer’s. The ravages it causes. The hurt and the upset. 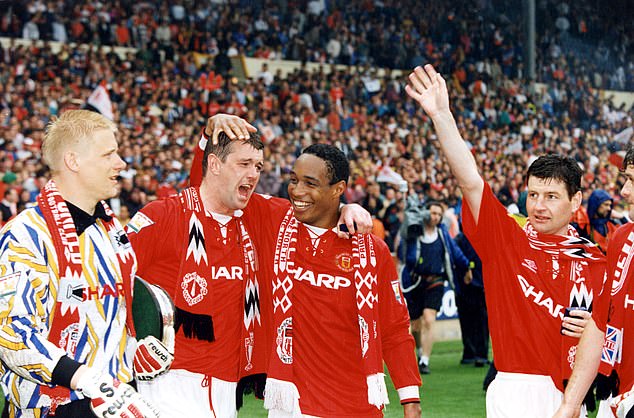 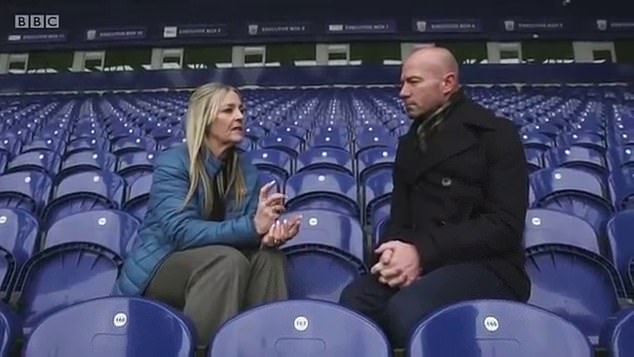 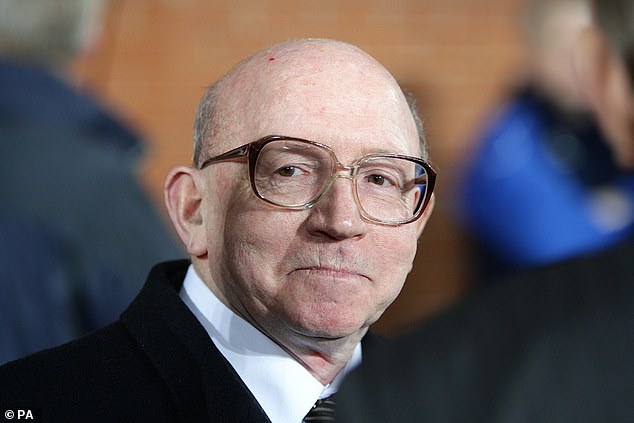 ‘You sit there and feel you should be doing more. It’s great that the Daily Mail is doing this. Hopefully we get some kind of proactivity in dealing with this awful disease.’

Our seven-point plan has called on the football authorities at large to bring in change.

However, four of our demands involve the Professional Footballers’ Association who have, so far, been reluctant to agree to carry them out.

‘It has to start with the PFA,’ says Pallister. ‘They have a duty to protect the players. They’re our union.

‘Someone at the top needs to own this, make changes. I want to see bigger studies, more tests, more investigations into why players are at a 3.5 times higher risk.

‘The PFA have done good over the years helping players with operations, educating players and on matters like racism, but I don’t think they have ever had anything like this. 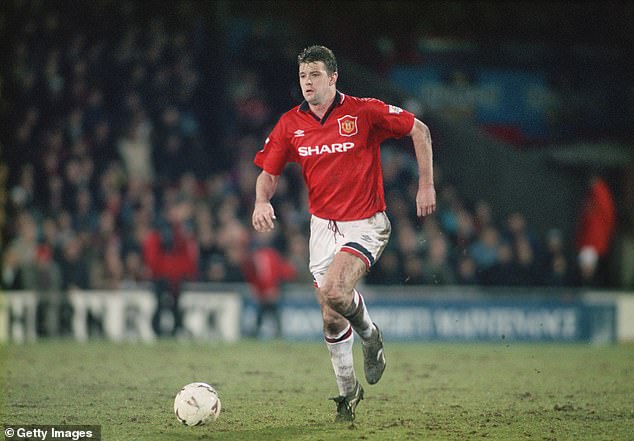 ‘This is life or death. It has to be top of their list. If they don’t respond then they are going to shoot themselves in the foot with everyone now behind this.

‘If you’re not looking after your clients with something as serious as this, then something is wrong.

‘There is enough money sloshing around to look after the players, especially the ones who weren’t as fortunate as those who made it to the elite level.’

Pallister’s thoughts then return to his own situation and what seems like an awakening among his own generation.

‘I spoke to a centre half I played with the other day about it,’ he recalls. ‘You tend to bury your head in the sand and hope it won’t be you. My mates say my memory is shocking. I forget things like you wouldn’t believe.’

He then returns to his trip to the village. ‘People say it’s just your age,’ he adds. ‘But when things like that with the car happen, you do wonder.’

The Giants have ended a three-match losing sequence and knocked local rival NSW Swifts off the top of...